Perhaps no part of the online gambling ecosystem is quite so rife with myths and misconceptions as slot play.

Maybe this is because slot gaming is such a solo activity. Punters generally play by themselves. Unlike in table games, there are no dealers to talk to. When playing side-by-side, gaming outcomes are separate events, so there’s community over a surprisingly great or terrible outcome, the way there often is in craps or blackjack.

Whatever the reason, there are some funny ideas about slots out there!

Even for players with a solid understanding of the fundamentals of slot play, there are a great many misconceptions and misunderstandings that can limit both enjoyment and success on the reels.

Let’s clear them up here and now!

Here are five myths that are ready to be put to rest:

1) The Game is Rigged 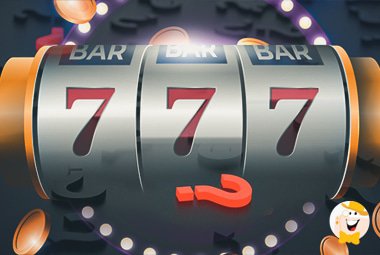 Unfortunately, runs of bad luck and losing streaks are necessary parts of gambling.

This is something most players understand. But when it comes to slot play, many gamers feel the need to explain them away. If they don’t win often enough, it must be because the game is rigged!

In some ways, this is an understandable response to the particularities of slot gaming. With no live dealer present to shuffle cards or otherwise physically demonstrate the randomness of gaming outcomes, it can be hard to trust in what can’t be seen.

Or maybe it’s just bad PR: after all, the first slots were referred to as one-armed bandits not because they were illicit, but because like a bandit, they were thought to rob players of their money!

The truth is that no modern slot provider or casino would ever put their business at risk by rigging a slot!

Business is so good that they don’t have to.

Modern slots use Random Number Generators (RNGs) to ensure every spin is a truly random event.

After thorough testing, almost all designers then reveal their title’s return-to-player ratio (also known as RTP). This is then rigorously tested by third-party auditors.

A casino or slot designer who was found to be cheating, or otherwise mis-representing their RTP, would face loss of licensure and a crisis of reputation. They would be destroying their livelihood in what is an extremely profitable industry.

Perhaps this was a legitimate concern in years past, but in the modern gaming ecosystem, players can trust that the game will deliver as advertised.

2) The Newest Titles Pay Out Better 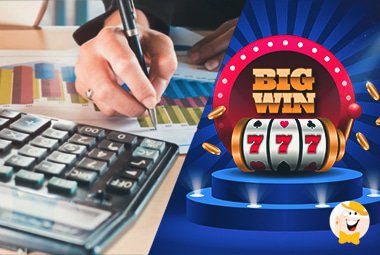 The explosive growth of online slot gaming means that new titles are constantly being released. This creates a lot of buzz, and ensures that eager punters always have fresh territory to explore.

If we accept that every spin is a truly random event, then casinos have no means of ensuring that newer slots are more lucrative than older ones.

The only real factors in determining the most profitable slots are RTP and jackpot size/structure.

By all means, new slots are to be enjoyed! But they don’t necessarily pay better than the offerings of yesterday.

Casino loyalty programs are also the subject of a great many myths and misconceptions. But for our purposes, let’s focus on the intersection of loyalty cards and slot play.

Some players think that using loyalty programs makes slots less likely to pay out. Others seem to believe that the reels spin more favorably for those using their player cards than for those who don’t.

Both are equally false!

As we’ve established, every spin is a random event, not at all influenced by loyalty programs or any other external factor.

With that said, loyalty programs are put in place so that casinos can treat their regular clients better, not worse!

The offers that come with them can and will positively effect your bottom line.

4) Jackpots are More Likely to Hit at Different Times 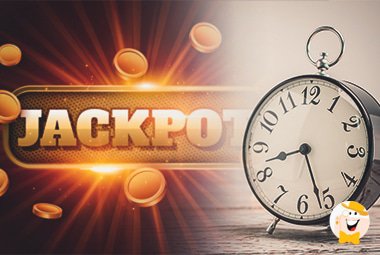 Interestingly enough, this one has an element of truth to it!

Many players are obsessed with jackpots. And with some of the amazing stories of massive wins out there, this is understandable!

The prospect of a progressive jackpot payout is one of the most enticing in the entire gambling ecosystem. Many slot players harbor the belief that they are more likely to pay out on weekends or evenings (when the casino is full), so there’s no point in playing at other times.

… but this isn’t because casino’s make it this way! It’s because more players are active. And more punters means greater overall chance that a jackpot will be triggered.

So play on your own schedule. Your odds will be unaffected.

Many seasoned veterans, especially those old schoolers whose punting career began before online gaming became mainstream, are of the firm belief that it takes time to “prime” a slot.

In other words, they think slot machines are unlikely to pay out right away.

As we’ve said time and time again, this isn’t the case at all for the simple reason that each spin is a mathematically independent event.

A punter is just as likely to hit a jackpot on the 1st spin as they are on the 1,001st.

With that said, of course the chances of big wins grow with more wagers… but from a maths perspective, players are much more likely to lose money as their session continues than they are to recoup previous losses.

The moral of the story is: know when to quit (preferably while head)!

What Big Tech is Learning from Online Slot Gaming (part 1)