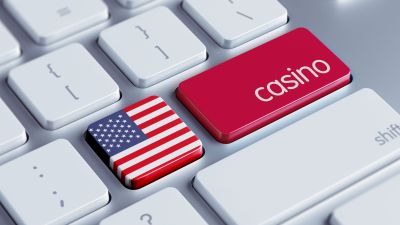 The Unlawful Internet Gambling Enforcement Act, known as the UIGEA for short, is one of the two most important federal laws that govern online gambling in the United States. The other is the Interstate Wire Act, and while it's not as important as the UIGEA, what is important is to realize that a lot of the power that the UIGEA held was because of the Wire Act in the first place.

The UIGEA is seen as dealing a bit of a death stroke to the online poker industry on a global scale, and it also severely hurt online gambling of all types in the US from the time it was enacted.

The History of the UIGEA

The UIGEA was passed in the final hour of a session of Congress on September 30, 2006. It wasn't passed on its own, however. Instead, it was very sneakily attached to the Safe Port Act by certain members of the Republican Party. Senate Majority Leader Bill Frist was one of the members of Congress who helped to get this pushed through, and he had a personal stake in it as he was about to retire from Congress and make a bid for the 2008 Presidential elections.

There is no doubt in anyone's mind that there was no debating having the UIGEA attached to the Safe Port Act, which was seen as a "must pass" piece of legislation because it had to do with port security against foreign and domestic threats in a post-9/11 world. In fact, hardly any Senators who voted on the Safe Port Act were able to read any of the UIGEA because it was attached so late in the game.

What the UIGEA Does

But here's the problem: If you have a company that's traded publicly, like on the London Stock Exchange like PartyPoker was, you have to obey the laws of any jurisdiction that your business runs in to avoid all kinds of legal problems with the stock exchange. This is why companies like PartyPoker had to pull out of the United States (and why privately owned companies like PokerStars did not), even though they were not under the legal jurisdiction of the United States.

The second thing the UIGEA did that hurt the industry was made it illegal for banks to process deposits for illegal online gambling. If the banks were caught processing a single deposit that was proven to be for illegal online gambling, then they could face huge fines. For the banks, it was much easier to just stop processing all online gambling payments than try to pick and choose which were okay and which were not. This cut off a player's ability to get money to the sites in the first place, which largely strifles a player's ability to gamble. 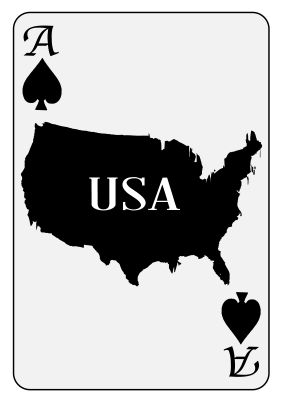 What the UIGEA Does Not Do

The UIGEA did not make it illegal to gamble online, and that's probably the biggest misconception about it. In fact, there was a specific line in the act pointing out that it did not affect the legality of playing from the player's perspective. This act also did not make it illegal for banks to accept withdrawals, even from illegal online gambling, which were specially protected in the act.

Moreover, there was specific protection for a few different types of contests. This includes lotteries, horse racing and fantasy sports. Without these "carve outs," there could have been enormous problems for government-operated lotteries, horse racing bets in states like California and online fantasy sport competitions, which were extremely popular at the time and looked on favorably by the sports leagues.

The Tie-In With the Wire Act

Earlier we mentioned that the Wire Act of 1961 changed some of the intended effects of the UIGEA. The Wire Act was a tool used by the government in the 1960s to help combat sports betting operations ran by organized crime outfits that accepted bets over phone lines, and it makes it illegal to make sports bets over telephone lines. While a later court ruling decided this applied to the Internet as well (because of the particular phrasing), it was largely thought that it applied to all types of betting.

Along these lines, many people thought that the Wire Act made all types of online betting illegal and that Internet gambling was illegal as a whole. In turn, this would change the interpretation of the UIGEA to mean that processing any and all deposits for online gambling would be illegal.

However, in 2011, the Department of Justice came out with a legal opinion clarifying that the Wire Act only applied to sports betting. The problem is that public opinion hasn't really changed that much since the UIGEA is all they remember, especially since it was falsely referred to as a 'ban on Internet gambling' in the media on a very large scale.

How Players Were Affected

Players were effectively cut off from being able to play on most sites, simply because it was so difficult to make deposits. A number of software providers in the online casino industry, including Microgaming and others, stopped allowing their operators to accept bets from the United States. Most of the few payment processors that were available, like Click2Pay, drastically increased their fees for a period of time, effectively price-gouging players who were trying to get withdrawals processed before the sites shut off service to US players.

Many of the effects of the UIGEA still linger today, even after the Department of Justice ruling on the Wire Act and how that affected the UIGEA. However, individual states are starting to regulate their industry and offer licenses, and this is putting foreign companies in a position where they can offer their services in the United States in certain areas without violating the UIGEA.