Can You Play the Most Challenging Casino Games?

Are You a Player Who Likes a Challenge?

You might have heard it said that any player can play any game - and that’s technically true!

However, as any experienced gambler knows, playing casino games isn’t only an activity or a hobby (and perhaps a lucrative one at that), but an art form. When approaching a game as a true professional, you’re able to see the nuance, the subtle complexities, the brilliance of not only the game play but the psychology of the players themselves.

There are some games that appeal most to those just beginning their time as players. These are usually the games that are pure chance: press the button, pull the lever, and wait for the machine to decide your fate - or fortune.

Slots is one of these games. It’s an excellent choice for beginners: there are a ton of options and new versions springing forth from the market virtually every week. You also have the benefit of less social pressure and no competition - it’s a purely individual game and a great choice for those who are new to the scene and a little intimidated. It’s a way to relax and have fun and isn’t meant to be more than that.

Bingo is another such option, but with a little extra competition. It’s the go-to option for those who are interested in meeting other players, those who want to win against more than a machine, but who aren’t quite ready to trust themselves with the reins. It’s still pure luck at the end of the day.

But you! If you’re reading this article, you’re of a curious mindset. You’re ready to try your hand at the more complicated, beautiful games available and see what lies beyond the valley of luck.

This article gives a brief overview of some of the games you might encounter and why the discerning player finds them fascinating. 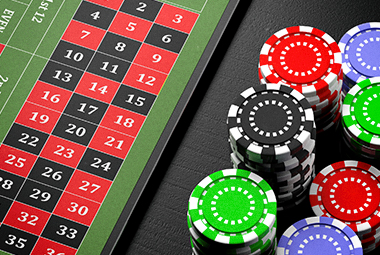 Ahh Poker - definitely one of the most unique games on our list. We had to start out with a special mention for this beloved card game for one specific reason: Poker is the only casino game that requires players to compete only against each other instead of against the house.

Although the house still benefits through the default of its deducting rake from every pot, it’s possible for players to have significant win rates even after taking the house advantage into account.

Poker’s complex - there’s simply no other word to describe it. Psychologically brilliant and deceptively simple, poker allows you to strategize, create tactics, choose your opponents, and win simply by being observant of your tablemates.

Once you’ve made it past the beginner’s point and you’re able to consistently avoid the top poker mistakes, the world is your oyster. As the nature of your opponent determines the best play for any given scenario, your optimal approach shifts and your flexibility is your greatest asset.

Have You Considered Blackjack? 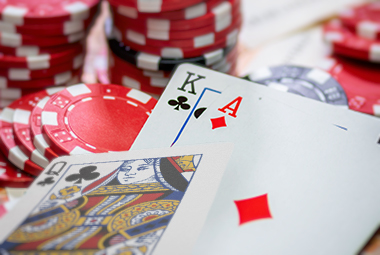 Blackjack is internationally renowned for its intriguing combination of simple rules, complex dynamics, and near infinite variations.

It’s no wonder that it’s one of the most popular games available on the market, in both in-person and online casinos. It’s even on the rise internationally, with Stakelogic’s launch of four American blackjack tables in Malta.

We’d be remiss if we didn’t warn you that the first time you play, you’re going to feel frustrated. There are simply so many options that it can be quite overwhelming for first-time players.

The good news is that the basic gameplay is easy to understand: the goal is to make it as close to 21 as possible by combining the card values in your hand. If you end the game closer to 21 than the house, you’ve won - and if the house holds a better combination, you don’t.

The complexity comes in the strategy you use. Observing the other players, keeping track of the cards in your hand, and calling at exactly the right time is essential to your success. It’s a game of wits, keeping calm under pressure, and knowing when to risk it all.

Take Roulette Out for a Spin

The last gem we have to offer is that paragon of the casino atmosphere, Roulette.

The first game that catches your eye when you walk in the room has quickly become one of the world’s most sought-after online casino offerings. With new versions such as Mega Fire Blaze flying onto the market, it’s no surprise that it’s one of the industry’s fastest-growing gaming options.

Roulette’s also a game with a ton of variants to keep it interesting. The most common are American, French, and European. Your best bet is the European variant - it’s one of the most played and has a lower house edge than the American version, at 2.63%.

European roulette adheres to the common and most basic goal of the game: you must pick the number or color on which you feel the ball is most likely to fall when the wheel spins.

The complexity is in the ability to use your powers of judgement to bet effectively. You must observe your surroundings: is the wheel in any way tilted or biased to one side? Watch the players all around: is one number called more often than any other in a given set? Not everything is as random as it seems.

However, it must be said that the most important aspect of handling any complex system is in how you pace yourself. Be sure to keep control of your budget and never allow your ego to convince you that a losing bet’s worth “just one more shot.”

Regardless of the game you’re playing, being cautious is always a win.

Gambling Tech Trends to Look Out For in 2023

Four Online Casino Tips to Help You in 2023

Place a Perfect Bet at CasinoPop