For those of you who may visit Land-Based casinos and play Craps for the first time, or perhaps one of the only times you play Craps, I want to go through some crew calls, player calls and chatter just so you have an idea what’s going on. First, we’ll take a look at some crew calls:

The crew will often call things out when certain numbers are rolled. This is not, by any means, meant to be a comprehensive list and I’m deliberately omitting a few of the more, ‘Blue,’ calls.

Snake-Eyes, Two Double the Field, Two Triple the Field (Lets the dealer know what to do with Field Bets)

On the Come Out: “Snake Eyes, take the Line, pay the Dont’s and Field.”

On the Come Out: “Three, Acey-Deucey, take the Line, pay the Don’t and Field.”

On the Come Out: Five, Fever Five, Light it Up, Take the Field. (Or Mark it Up)

On the Come Out: Seven, Front Line Winner, Take the Don’t, Pay the Line.

Any Other Roll: Seven, Seven-Out, Line Away, Pay the Don’ts.

On the Come Out: Eight, Light it Up. (Or Mark it Up) Eight Is (Meaning it is the Point)

On the Come Out: Center-Field Nine, Nine Is, Light it up.

On the Come Out: Ten is, Light it Up, Pay the Field.

On the Come Out: Yo’ Eleven, Take the Dont’s, Pay the Line, Pay the Field.

On the Come Out: Twelve, Pay the Field, Take the Line.

Yo, No-Field Five and more 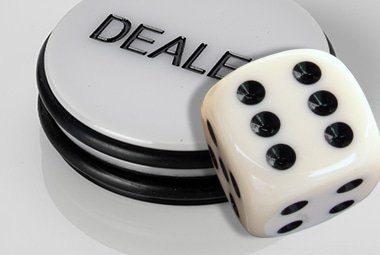 That is some of the crew chatter you might hear as far as dice calls are concerned. The reason they usually say, ‘Yo,’ before or after, ‘Eleven,’ is because it sounds like, ‘Seven,’ so they don’t want the crew of players (and especially not the crew) to get confused. If a dealer thinks it was a Seven, he/she might start clearing all of the player’s bets believing them to be lost.

The idea is not only do the calls add a little bit of flair to the game, but more importantly, the stick has a better view of the dice than at least one dealer (if there is a full table) and is charged with making the call. The calls are designed not just to be entertaining, but also tells the dealer what bets need to be paid.

You will hear more exotic calls when Hard-Ways or Field Bets are being played. You will also hear them when Hop Bets are being played. For example, if someone bets Midnight and the dice come twelve, the stickman/stickwoman might tap his/her stick in front of the player who made the bet and say, “Thirty right here,” which tells the dealer to pay that player $30.

Most crews will make the Field/No Field or Came Hard/Came Easy calls even when those bets are not being played just to stay in practice. It really becomes second nature for them to call the dice like that. However, if you are the only player and the crew is used to you, they might just say, “Six,” if you are not betting Hard Ways or anything. If you are Placing the Six and are the only player, the stickman/stickwoman might say something like, “Six, Seven Dollars to the Player,” or equivalent. 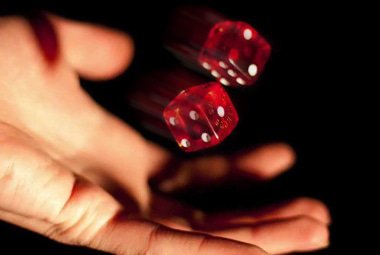 Much like the dealers make calls, experienced players will also make calls which the dealers understand to be what kind of bets the players want. We’ve already discussed a few of them, but here they are again as well as a few more:

(Dollar Amount) Inside: That means to Place the 5,6,8 and 9 with the amount of money tossed in as equally as possible.

(Dollar Amount) Across: That means to Place all of the numbers except the Point as equally as possible with the money thrown in.

Cover all the Hard Ways: Make equal bets on all Hard Ways.

Crap Check: To Make an Any Crap bet.

Yo (or) See a Yo’ Bet a Yo’: The player wants to bet the next roll will be eleven.

Six-Two (or any combination): The player is making a Hop Bet.

Hop the Hard Ways: The player is making a one-roll bet covering all the hard numbers.

Crew Money, For the Crew, Lock it Up: Any of these means the player is tipping.

(Name of a Bet) for the Crew: The player is making a toke bet, which means the bet is for the crew.

Craps is a fundamentally social game in brick-and-mortar casinos, so the crew will often talk joyfully with each other and the players. Players will also occasionally talk and root one another on, mainly because most tables will see everyone playing the Pass Line, so the players are all hoping for the same result! It is that which makes Craps the most exciting Table Game on the floor, it’s almost like a whole table hoping for a dealer bust on Blackjack...but all the time!

The Best Bet Ever 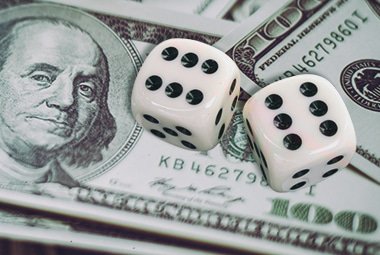 The best bet I have ever seen, and I have seen it at two casinos, is that a house will occasionally let a player make a dollar toke bet on the Six or Eight that will pay the crew 2:1. This is the only time that a player can make a toke bet that has an advantage (also five and nine at 2:1) for the crew. In other words, your dollar tip has an expectation of more than a dollar.

The expected result is POSITIVE 20 cents for a 20% crew advantage!

If you can find out that a particular casino allows a player to make toke bets that way, then you would be better off for the crew to make that bet rather than toss in a dollar and tell them to, “Lock it Up.” If you were going to tip $5, then just make either of those bets (or combination of both) five separate times until they are resolved. The two houses I am aware of that allow this sort of toke bet only do it if the bet is $1.