The question of doubling up after a winning hand in online poker has long puzzled players regarding this option’s integrity, true level of randomness and fairness and the likelihood of winning.

The incentive of trying your luck in what essentially feels like a game of tails and heads is too much for some players. This, of course, implies that the chances of getting a higher card is 50:50.

Only…is it really that simple?

In this article, we will put this claim to a trial and touch upon finer points of a Double Up feature in online video poker.

For any eager video poker enthusiast willing to learn in order to become better and smarter, player the basics of this controversial feature is what follows.

The Double Up feature presents players with an option after they’ve had a winning hand: from the five cards they’re dealt, four are facing downwards and the one that remains faces up – that’s the so-called House Card.

The player is asked to choose one of the four cards facing down – if the selected card is higher than the House Card, the player’s winnings are doubled (something similar can be found in certain slot’s Bet features after a winning spin).

If the card picked is lower than the House Card, well…the player’s winnings go down the proverbial toilet.

…it is important to understand that Double Up option comes with the same Random Number Generator (RNG) mechanism that is a backbone of the base video poker game or pretty much any online gambling facet, such as slots.

The five cards, contrary to popular belief, are NOT predestined (by a program, not the higher power, as dramatic as the term “predestined” may sound) to give a fixed number of wins and losses. Also, the feature does not award winners of lower hands more eagerly than it does those who won a higher hand.

Again – this is due to the RNG mechanism that must be present, functioning and regularly audited for fairness.

To cut the long story short – as we’ve hinted previously, the Double Up feature truly IS the same as the game of flipping coins: the House Card is a randomly generated card and the four cards you get to pick are also randomly generated. The matter of picking one card higher than the other comes down to the basic odds of 50:50.

The video poker’s volatility can and will be changed (for the better, some would argue) by the presence of this feature, while not affecting its total payout percentage. For a lion’s share of players, this feature presents a neat opportunity to make more money.

…another possible outcome – beside winning and losing – is a tie. In case of a tie, usually, nothing happens, and you get to choose a card again. In those rare instances when a tie means loss (check with your casino which one is it before playing), the casino gets an additional 5.8% edge.

It is important to note that some online video poker games will let you Double Up as long as you keep winning in this feature. Others will do it only once. 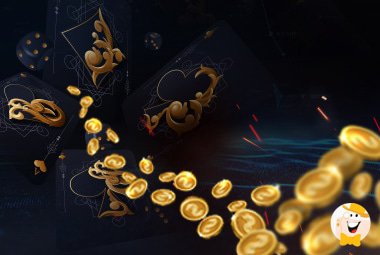 Humans rarely tend to agree on stuff and, lo and behold, the same can be said in this instance.

There are those who will be luring you away from Double Up feature: they say it’s not worth the risk.

Let us consider the against camp first:

One strong case against the Double Up is in volatility and variance. Experts on poker (and math) agree that players are way more likely to lose quite a lot and in record time when using this feature than just playing the base online video poker.

Granted, by the same logic they can win a lot much quicker, too. But the issue is, video poker is very much a game of skill and strategy – not (just) luck. The Double Up feature is 100%, unfiltered matter of dumb luck and nothing else. Is it wise to compromise a carefully crafted poker strategy for a shot at - that? We think not.

Of course, if you’re not emotionally attached to your strategic approach or just don’t care much about the risk and the bad outcome – going for the Double Up feature is, essentially, a-okay.

Now for the pro school of thought:

Double Up, as we’ve said, boosts the video poker volatility and variance. And with an edge of 50:50, Double Up is, basically, as good as it gets regarding betting at a casino.

Perhaps, rather than considering whether you should Double Up at all, we should address the question of: how often should you do it.

The much more serious consideration is the so-called “situationally favorable” use of this feature.

Basically, this idea suggests that if you’re playing just for fun – go for it. If, however, you are after big bucks or at least long-term bucks – avoid Double Up.

Finally, there are those that claim doubling up should occur on middle hands only, but there is no real foundation as to why lower or higher hands should be devoid of this bet. 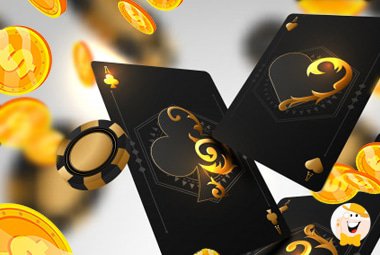 Final Arguments: Is Double Up Worth It?

As so many things in life, the Shakespearean dilemma of whether to use or not to use the Double Up feature comes down to the nature of the individual presented with it.

Double Up does not factor into player’s strategy nor game’s payout rate – so avoiding it can’t hurt player’s chances. On the other hand, a player’s higher tolerance for risk and understanding of how this feature increases the volatility rate can make it worth their while.