With all the exciting stuff going on in the online casino gambling industry, it can be hard to stay up on the latest.

After all, interesting stories can fly by at the speed of light… and that means that some truly incredible stories can be lost in all the noise.

But everyone interested in the United States’ on again, off again relationship with legalized gambling should be paying attention to recent events in Florida!

… in what is shaping up to a serious legal showdown!

We know it’s hard (if not impossible) to keep track of all the news, so more than one gambler may have missed out on this story until now. Fear not! We’ve got you covered.

The Battle Space… and The Contenders 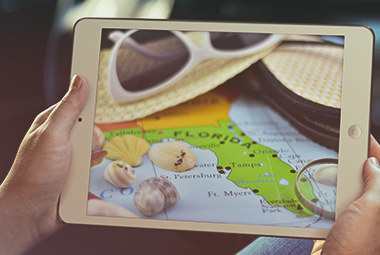 Little known fact: while Florida may be the 22nd-largest United States’ state by territory, it is the 3rd-largest American state by population! This means that, by and large, what happens for gamblers there has major implications for the rest of the country too.

And that’s why so many people are paying close attention to recent events there!

Here’s how it all began.

In May 2021, the Seminole Nation was granted a de facto monopoly on sportsbook wagers for the state of Florida.

(note: under American law, tribal nations are technically able to offer legal gambling on their own sovereign territory, since they are technically legally treated as independent nations, rather than a part of the larger United States. Tribal Gaming is currently active in 29 American states. )

The Seminole Nation is already a major force in the world of Florida gambling, with two massive casinos: the Seminole Hard Rock Hotel Casino and the Seminole Coconut Creek Casino. But it seems that this much market dominance in what looks to be a massively expanding sector (some estimates for sportsbook betting alone exceed $2.5 billion over the next five years) was just too much for the competition to accept…

… because after this ruling, all hell broke loose!

They soon found another comrade-in-arms in the Sands Corporation – yes, the same casino giant that used to own and operate The Venetian and the Palazzo casinos in Las Vegas, before selling them in 2021.

This alliance, whose leadership seems more and more to be located at the Sands, has brought lawsuits, legal challenge, and petitions to authorities all across the state.

The battle lines have been drawn.

Sure, a multi-billion dollar marketshare offers plenty of incentive for the Sands and their allies to get involved…

… but there’s a hidden motivation as well.

It hardly works to the interest of the Seminole Nation for gambling to be legalized across the state of Florida. Currently, Tribal providers enjoy a near-total statewide monopoly on legal gambling!

For the Sands Corporation, Fanduel, and DraftKings, though, it’s another story altogether.

Were the state to legalize gambling, they could stand to gain access to a multi-billion dollar market!

And what would the process be for legalizing gambling in the state? It requires a state constitutional amendment. For that, voters would need to approve the measure. For that, the measure would have to get on the ballot. And for that, there needs to be a petition. With a lot of signatures. 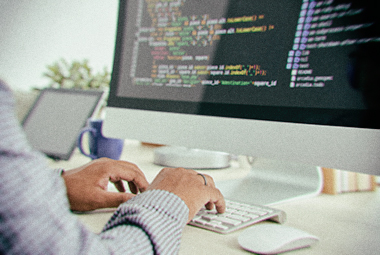 All of that context is necessary to understand the current legal drama, which could rival any soap opera for its many plot twists.

The two sides are locked in a multi-pitched legal battle, nearly entirely centered on obtaining signatures for the petition.

At present, the Sands Corporation is accusing the Seminole Nation of illegally trying to sabotage their petition-gathering. How? By paying signature-gatherers to stop gathering signatures!

On the other side, the Seminole Nation alleges that the Sands Corporation has gathered all of its signatures illegally, since its gatherers were being paid for each signature obtained, which violates state law.

Does it sound more like an episode of the Jerry Springer Show than a proper court case? Sure does to us.

The Sands side also alleges that the Seminole Nation have been trying to intimidate and harass those out gathering signatures. And in response…

… the Seminole Nation alleges that those running the petition drive are engaged in widespread conspiracy to violate election law!

And on top of all of this, there are near-constant legal challenges to the signatures that have already been gathered, with both sides making complaints about the other that should either validate or invalidate the signatures gathered!

It’s downright fascinating stuff. And with this much money on the line, we shouldn’t expect things to cool down anytime soon!

We, for one, will be following this story with great interest. In an uncertain world, it’s nice to know that the state of Florida will always deliver truly unbelievable drama.