It’s not only American players going wild for online casinos! We already know that casinos operate in a variety of countries, and those interested in the sport come from virtually every country. Now, more and more countries are getting in on the game (so to speak): in May, Germany licensed their first online slots operator on the market.

Well after the arrival of the Fourth Interstate Gambling Treaty, Germany welcomed their first entry to the online gaming market just a couple of months ago. However, there’s a catch: the license only applies to slots. Other games, such as poker, are still off the proverbial table, though sure to come.

Nor is it entirely a surprise. Online slots are one of the most popular games, attracting beginners and experienced participants alike. This addition to the German online gaming market could be considered a “dipping the toe” into the world of online casinos, opening the opportunity for more companies to climb aboard.

Opening the door to online casino games in Germany is a shrewd move: they’re only growing in popularity and interested users will no doubt jump on the opportunity. It’s also a great way to build the German online gaming community: every new domestic game comes with the assurance that the site’s up to German standards. This lures new participants and helps established players feel more at home.

Northdata lists the entity’s corporate purpose as “The development, distribution and operation of software systems for the execution of permitted games on the basis of online technology as well as all related and corporate-promoting transactions.

Interesting to note: the license doesn’t consider the slots operator an “online casino”-- it’s only an online game. As Germany is notorious for its restrictive rules and the expenses associated with hosting online games. Mernov represents quite the development. Mernov has already started work on expansion and release to its diverse brands, including JackpotPiraten and Bingbong. 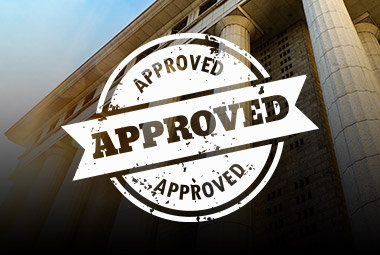 In March, The Ministry of the Interior (MOI) confirmed with local media that it had agreed on a first licensee. However, the identity of the lucky company with the license was a secret until May. Mernov’s website advertises “serious gambling entertainment at the highest level,” as well as “premium brands for a unique online gaming experience. The Mernov website still lists the launch as June 2022, apparently not yet updated for July.

An advertising image shows the well-known Merkur game, Eye of Horus, noted as an example of the “favorite games of top Manufacturers.”

The site highlights their work, “Online Games of Chance for the Whole of Germany,” emphasizing the legality and standards of the games. Though Mernov is headquartered in Epselkamp, the majority of their team works in their office in central Berlin.

It’s not only the Ministry of the Interior, however: German gaming providers must meet the standards of the Gemeinsamen Glücksspielbehörder der Länder. This translates roughly to the Joint Gaming Authority and is known as the GGL. The authority is notoriously strict and concerned for players’ safety and satisfaction.

This is, on the surface, a great feature of the German gaming scene—but has the disadvantage of making it more difficult for German companies to achieve approval. 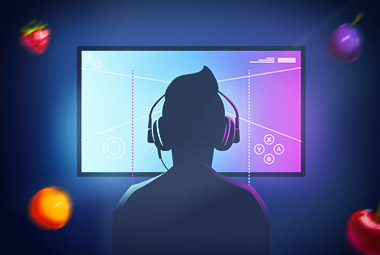 2022 marked the 19thSymposium on Gambling, which took place in March at the University of Hohenheim. Ronald Benter, a board member for the German Joint Gaming Authority (GGL) gave an update. The GGL planned to start fighting the restrictions on online gambling from July: right now. They’ll be working through a ton of specific bureaucratic procedure, so the case is most likely to hit the dockets in late 2022, paving the way for the first online gambling licenses in January 2023.

It’s already showing promise: more companies are getting in on the online slots deal. Apparat gaming, another online game provider from Germany, recently added a new slots experience to their suite. Enhancing the sheer coolness of the game is the fact that the bonus free spin rounds can be extended multiple times with scatters landing in the bonus spins. This allows players to play longer and win more.

The Future State of Online Gambling in Germany

Once German companies are able to obtain true online gambling licenses, allowing for more than slots and welcoming players to myriad gaming opportunities, they’ll fight some additional issues. The German state of Hesse, which includes Frankfurt, Germany, is already facing a lawsuit over some of its over-restrictive online sports betting laws.

Operators are also concerned about the restrictive nature of other gaming regulations. From the unreasonable tax commitments to the single-euro stake limits (as of July 2022, roughly one dollar in US money), they definitely have to address some problems.

You never know what you’re getting.

This is why it’s important to make sure you’re heeding casino warnings and always playing with a reputable group.

What do you think?

Would you be willing to play one of the new German slots games? Do you think these new sites have the potential to impact- or even eclipse- American and Canadian options? We’re sure of one thing: we’ll definitely be checking out this new addition to the online gaming market.

Greentube Extends its Footprint in Germany via Novoline Deal

Skywind Group Teams up with Casumo to Launch in Sweden, Germany and UK