The whole world over, online slot play is booming like never before. Players can enjoy the best titles available without ever leaving the comfort of their homes or officers, and millions of players choose to do so every day. 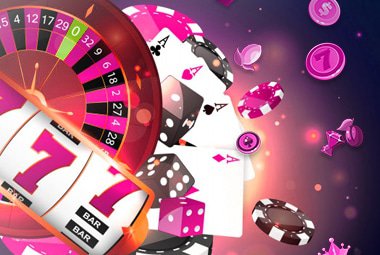 The happy result? A whole world of options for avid gamers.

But the abundance of options and runaway popularity can have the unintended consequence of leaving newcomers baffled. Where to begin?

In addition to deciding which title to try, which casino to trust, and such, there is the issue of language. Slot gaming has an argot all its own!

What does it all mean?

Fear not: we’ve got you covered. Here is a the only slot vocabulary guide players will ever need.

And for those who want to learn even more, check out our massive archive of news, intel, and tips for knowledge galore. An informed punter is a dangerous one!

5-Reel – The most common layout for contemporary slots, with five vertical spinning reels. 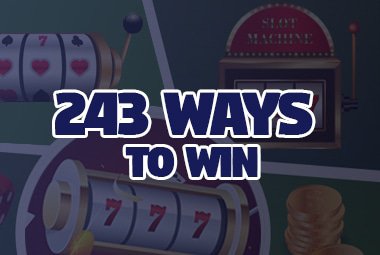 243 Ways to Win – Instead of payline-based wins, slots of this kind award wins whenever symbols line up on adjacent reels from left to right or right to left.

All Ways – A slot whose paylines running both left-to-right and right-to-left. Those are usually online games, and are considered highly profitable for players

Annuity Winner – A jackpot win that is paid in installments over a period of years. Usually

Autospin – A feature that allows slot players to set a pre-determined number of spins at a certain bet level. Beloved by online punters.

Bonus Feature – Any gambling fan’s favorite part of a slot game. The Bonus is an extra round that has different rules from the base game and usually offers higher payouts.

Branded Slots – Slots based on popular franchises, such as TV series, movies, or books.

Brick and Mortar – Land-based casino, visited by real people in physical space. Usually refers to a casino or other business.

Cascading Reels – A relatively recent feature in online slots that has proven quite popular. When you hit a winning combination, the winning symbols would ‘explode’, freeing space for new ones that might potentially trigger an additional win. This is a re-spin of sorts.

Casino – The purveyor or provider of slot action. May be land-based or online.

Casino Bonus – This refers to the new player welcome bonus that most online casinos offer. These are usually extra money that should be played through slot games.

Coins – In the past, slot machines were played with actual coins, but nowadays this is not overly practical – especially online. However, most slot machines still allow you to measure your wager in coins or credits.

Cold Slots – Slang for a slot that does not pay often, or that hasn’t paid out in a while.

Collect – This is a button in online slots that allows you to convert your credits back into currency. Oftentimes this is offered in the context of a gamble or bonus feature.

Expanding Wilds – Feature (or Bonus Feature) – One or more bonuses offered by a game. Oftentimes, they allow for big wins without When there are several available, the feature refers to the top bonus round that offers the greatest payouts.

Free Spin – One of the most common features available. These are extra spins usually triggered by scatter symbols, which are cost you nothing and give you wins based on your last wager. 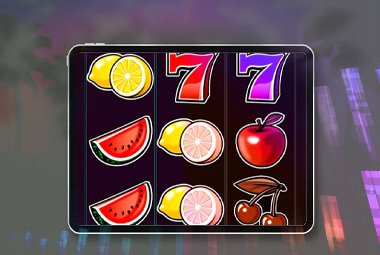 Fruit Machine – The common name of slot games in the UK. Based on the fruit symbols that appeared on most slot machine models during the 1920s.

Gamble – A 50/50 chance offered by some slots to go ‘double or nothing’ on a win. Sometimes they can be played multiple times in a row, offering the slot machines give you the option to double or even triple your winnings – if you are willing to risk them. The Gamble feature is most games is the equivalent of a coin toss. When you hit a winning combination, you have the option to bet it on a 50/50 chance to either double it, or lose everything

Gaming Symbols – The icons that appear on the reels, awarding wins when in the appropriate positions.

Hit and Run – A tactic sometimes used at land-based casinos. Players will try a slot for a few spins, and immediately abandon it if it doesn’t pay out. A dubious tactic.

Hot Slots – Slang for a slot that pays out often, or that has recently paid out many times.

Instant Winner – This is a jackpot that is paid in one instalment to the lucky winner.

Jackpot – The top prize available. Jackpot may refer to the highest-paying winning combination, or to a separate jackpot that is triggered randomly.

Linked Progressive Jackpot – When two or more slot machines whose progressive jackpots are all linked together. Though harder to trigger, most of the largest wins in slot history have resulted from this kind of jackpot.

Loose – A slot that pays out frequently.

Max Bet – The maximum wager that can be made per spin, with all paylines active and the highest possible coin denomination. In most cases, slot strategy dictates that you should play with all possible paylines active.

Min Bet – The minimal amount that can be wagered per spin. This can apply both to running a single payline, or placing the minimum line bet on all paylines. The minimum bet allows you to stretch your payroll for a maximum number of spins.

Nudge – A nudge slot machine allows the user to move or ‘nudge’ a key line up or down to help create a winning combination.

One-Armed Bandit – An old nickname for a slot machine, going back to the beginnings of slot play. A disparaging term, the “one-arm” refers to the large lever – or arm – which was pulled to trigger the reels at the start of a new spin. The lever appears on only one side, giving the appearance of being ‘one-armed’. The “bandit” was intended to point out that the slot machine would leave its patrons poorer than it found them, in effect robbing them like a bandit. 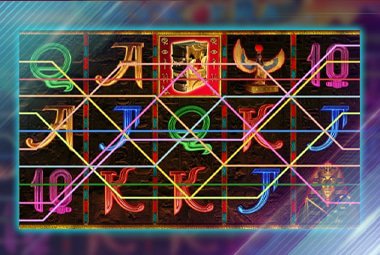 Payline – The layout of reel positions resulting in payouts to players. Different games offer varying quantities and varieties of paylines, but more of them usually means more frequent wins.

Punter – A gambler or slot player.

Reels – The vertical lines of symbols, that spin during each play.

Re-spin – An additional spin of the reels awarded without an additional bet. Essentially, two (or more) rounds for the price of one.

RNG (Random Number Generator) – The most important software found in modern slots, RNGs generate long strings of random numbers, which dictate the outcome of any individual spin. The randomness of these numbers is closely monitored to ensure fair play.

RTP (Return-to-player) – A mathematical expression of what percentage of total bets placed on a given slot machine will be returned to players. The higher the RTP, the better the odds for players. A crucial concept.

Rows – The horizontal lines of symbols.

Scatter – Special gaming symbols which pay regardless of payline position; often, they open the way to bonus features.

Spin – The spin button activates the slot for a single spin – or round. It replaced the lever in classic slot machines

Stacked Wilds – Wild symbols that appear vertically stacked on the same reel, similar to stacked symbols. An excellent turn of events for players.

Streaky – A game, player, or provider that seems to turn hot or cold for long periods of time. A perception seldom based in mathematical fact.

Total Bet – All the money that has been wagered on a single spin.

What Big Tech is Learning from Online Slot Gaming (part 1)