The rapid growth of the iGaming industry and unprecedented expansion of the online slot market, in particular, had many software providers scrambling to find new ways to engage players. Some big-name game makers were at the forefront of creating their own innovative mechanics, others caught up a few years later, while a great bulk of companies opted for licensing the tried-and-true features instead of reinventing the wheel.

Whatever the case, they all contributed to the incredible diversity of modern slot games offered today by online casinos. Naturally, it is impossible to cover all the reel engines that have ever been produced within one article - many of them are very similar in the way they work. Our goal was to introduce the most exciting and advantageous high-tech wonders designed to provide more winning opportunities and generate truly massive prizes.

Here you have it: all innovative reel mechanics that are worth your attention simply because they make spinning so much more fun! 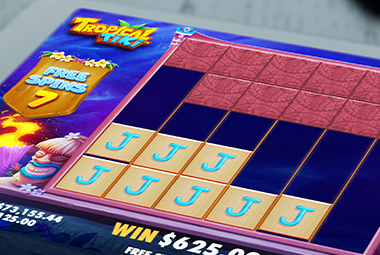 Also called tumbling, falling, rolling, collapsing, avalanche, and even swooping, the cascading reels have been around for quite a while - you will be hard-pressed to find a top-tier software developer who hasn’t given this concept a try.

… the idea is the same: after a win, symbols that are part of the winning combination disappear from the screen to be replaced by new icons that can help complete more lucky combos. The process continues until no more wins are formed, so basically, it is all about getting more bang (read: bigger payouts) for your buck. You make one bet but with a little help of lady luck can enjoy the fruits of several spins.

NetEnt’s Avalanche feature is among the pioneers of cascading reels and Gonzo’s Quest launched in 2010 is still one of the most popular online slots out there.

Among a great many universal favorites enhanced with this advantageous feature are: 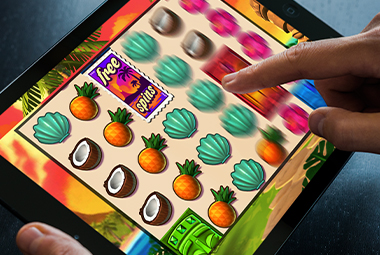 The appearance of the Cluster Pays mechanic changed the way players can win in a slot game. Instead of landing identical symbols on a traditional pay-line, you need to form clusters of the same icons – the bigger the group, the more impressive the prize. The roster of cluster games is pretty extensive, including Astro Legends from Foxium, Mahjong 88 by Play n Go, Golden Glyph made by Quickspin, and many other titles.

Even though the concept has been known since the early 2000s (it was borrowed from Tetris and Candy Crush Saga), Aloha! Cluster Pays launched in 2016 is the first game with the name of the feature in its title. By the way, to hit a win on the 6x5 grid of this video slot, players have to form a cluster that contains at least 9 identical symbols. 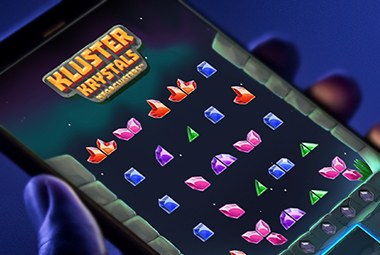 In 2020, Big Time Gaming took the Cluster Pays concept to the next level literally, introducing the Megaclusters mechanic. Whenever you land a win, each of the winning symbols will split into four smaller ones, creating the potential for massive wins. The feature debuted in sparkling Star Clusters, where during the free spins mode, the expanded 8x8 playfield can fit as many as 256 icons for really epic rewards. Other games spiced up by Megaclusters are BTG’s Millionaire Rush, Diamond Fruits, and Cyberslot, as well as Kluster Crystals from Relax Gaming. 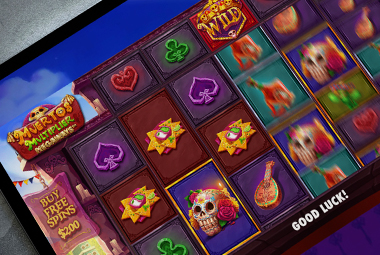 Arguably the world’s most popular innovative mechanic, BTG’s Megaways™ doesn’t need a special introduction. The launch of Dragon Born at the end of 2015 changed the entire market of online casino slots, showcasing a revolutionary reel engine able to generate up to 117,649 ways to win at a single spin. Since then, a great many software providers have licensed this sophisticated system from the Australian company, which in 2021 was acquired by Evolution.

Today, players are spoiled for choice when it comes to Megaways slots that enjoy huge popularity among gamblers of all styles and preferences. The secret is in the 6-reel grid where each reel may contain a different number of symbols that change with each spin, creating a wide variety of combinations for every individual reel. Multiplied across the grid, the symbols join forces to build the Megaways™ to win, bringing whopping payouts. 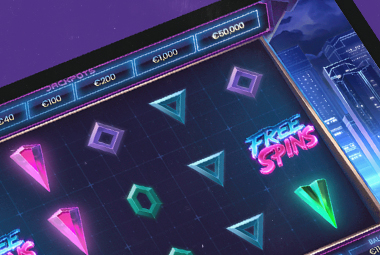 One of the many innovative reel mechanics designed by Yggdrasil, Splitz is another exciting way to deliver big prizes. Simply put, players are offered to take advantage of mystery symbols able to split and depending on the particular title, form longer lines, bigger clusters, more ways to win, or even add extra scatter icons.

When a Splitz mystery symbol shows up on the reels, it will immediately split into a random number of pieces, which may vary from one online slot to another. During the next phase, all the mystery symbols will turn into regular icons to reveal winning combinations and deliver payouts. High volatility Temple Stacks was the first Splitz game to hit the virtual casino floors in January 2020. The same year it was followed by Neon Rush and Syncronite, which had a stunning winning potential of €1,280,000! 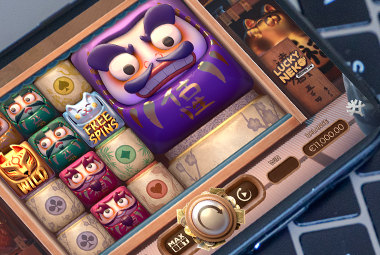 Another sophisticated mechanic from Yggdrasil, Gigablox™ was premiered as huge blocks of matching icons in Lucky Neko https://lcb.org/games/lucky-neko-gigablox. In the base game, they appear as 2x2, 3x3, and 4x4 symbols while in the free spins feature, players can benefit from huge 5x5 or 6x6 chunks packed with staggering winning potential.

GigaBlox quickly won the hearts of gamblers, therefore the extensive list of games that contain this feature comes as no surprise, with more titles waiting in the wings. Hades, Gator Gold, Sabres and Swords Charge, Suncatcher, 3021 AD the Bounty Hunter, Golden Fish Tank 2, Monster Blox, 90K Yeti, Hunters Moon, Super Cash Drop – if you still haven’t tried them, it is definitely time to give the gigantic blocks a shot. 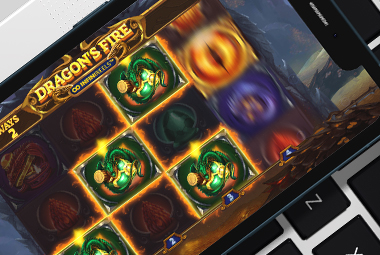 Highly anticipated by all fans of NetEnt online slots, InfiniReels™ was first introduced in 2020 when Gods of Gold Infinireels invited players on an enthralling journey to the rich and prosperous Kingdom of Mesopotamia. As incredible as it may seem, this mechanic features infinite reels – each spin begins with a 3×3 grid but every win adds a new reel. This process can go on infinitely, giving punters a colossal number of ways to win and boosting their chances of hitting a big win. The reels revert to their original size once there are no more winning combinations.

There’s a lot we could say about the uniuque and melancholic feel of our beloved classic slots – they will never go out of style – but that doesn’t mean the iGaming community won’t benefit from an infusion of novelty! Progress is natural and an organic part of human experience. We strive to create something new – not necessarily bigger or better – but simply different. In this sense, innovative slot mechanics are always welcome – variety is the spice of life!

Gambling Tech Trends to Look Out For in 2023

Four Online Casino Tips to Help You in 2023

Can You Play the Most Challenging Casino Games?