Roulette stands among the most popular, tried-and-true games in the history of gambling – online or otherwise.

But no matter the stakes, no matter the table, anywhere in the world since the first ancestor of the game was invented in 18th century France, there was no way to earn a payout of 10,000 times the total bet!

That is… until now.

In Mega Fire Blaze Roulette, the brilliant release co-produced by Playtech and William Hill this classic, mother-of-all wheel games receives a serious boon in the form of a major bonus feature.

It’s fitting that this innovation came from this designer, as they are truly one of the true Grand Dames of the industry (they were founded nearly 90 years ago, in 1934!!!). and have shown that they can simultaneously change with the times and stick around for the long term. Together with longtime partner Playtech, they have demonstrated an ability to produce top-quality content again and again. They don’t do anything by half, by accident, or before the time is right. So why release this title, and why now?

It’s not as though all things pyrotechnical haven’t inspired other games before… they most definitely have!

Not only that, this designer has dropped seriously appealing roulette titles in the recent past, too!

William Hill clearly feel that they have something else to offer this conversation, and if we’re being honest, they really do so in high style. Just what is it that makes this title so incendiary? 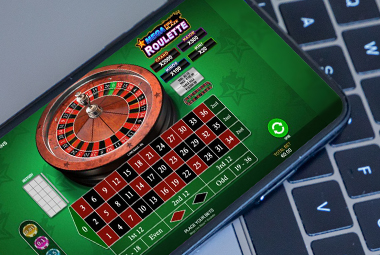 The spark of this title is provided by a simple idea: what if roulette had a bonus round?

Executing this idea turns out to be surprisingly simple. After bets are placed, up to 5 numbers are selected as “Fire Numbers.” (There may be 10 such numbers if the Fire Blast is awarded.) If the ball lands in the pocket of a fire ball and if players laid a corresponding inside bet, bonus play begins.

The Blaze bonus round mostly takes place on a grid, which is divided into segments of multipliers or jackpots. The goal is simple: build up the largest win multiplier possible during the feature, with a maximum of 10,000x!

(For those keeping score at home, that’s the highest max payout of any Playtech OR William Hill roulette game. By a long shot.)

Bonus play begins with 3 spins of the wheel. Each one drops multiplier balls onto the grid, which will be added to the total if they stick in place. Should that happen, the spins are again reset to 3, and the process repeats until no spins remain or the grid is full.

The interesting thing is that the multiplier accumulates in an exponential fashion. At the end of the feature, all numbers in a segment will be multiplied by the multiplier in all segments that have been filled. In this way, bonus payouts can get very big, very fast…

… which is the way to that jaw-dropping max payout!

Finally, the multiplier total is subject to the bet type that qualified for the bonus round in the first place. A straight up bet is awarded the total multiplier, full stop. Split bet is divided by 2; street bet divided by 3; corner/basket divided by 4; line bet divided by 6.

In addition to this course, there are 4 possible progressive jackpots available: Mini, Minor, Major, and Grand. Depending on the status of said jackpots, these can offer massively lucrative payouts as well. If awarded, this will be added to the total bonus round payout.

(Please note that the may payout is capped at $500,000. As such, even though the betting range allows it, wagers over $50 don’t offer the same mathematical win potential as those at $50 or below). 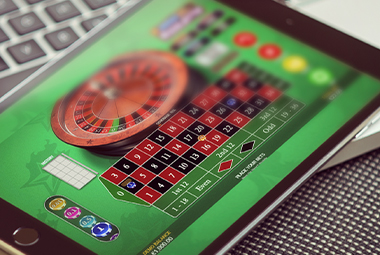 With that said, the design team has adjusted the payout structure to counterbalance the increased player advantage that comes with the multipliers. The bets now pay:

Outside bets, meanwhile, are unchanged. These include all the so-called “even money bets,” which are normally among the smartest wagers available. The downside?

Inside bets qualify for the bonus round. Outside bets do not.

Of course, this means some slight changes to normative roulette strategy are in order.

The most important question is: compared to traditional European wheels, do these rule changes work out to the player’s advantage against the house, or disadvantage?

The answer is almost adorable. RTP here comes in at 97.3%… exactly the same as standard European rules!

As such, players can simply choose which they prefer: the outside bets are literally the same as any European table, anywhere in the world, while the inside bets will offer higher volatility, along with this unique bonus feature. Both offer the exact same return on investment over time – it’s just a matter of taste and preference.

There are a great many roulette titles out there, but this one legitimately stands out from the pack.

We’d recommend trying out this title for everyone, from the most experienced veteran ready for a fresh take on the game to the total newcomer ready to learn. At the end of the day, the combination of exciting bonus win potential with top-quality gaming fundamentals makes a pretty overpowering case!