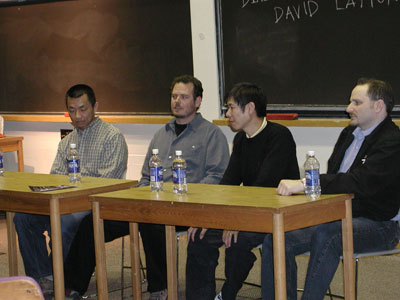 The MIT Blackjack Team is the most famous of its kind in history. It has been the subject of movies and books, including 21 and Bringing Down the House. These portrayals glamorized the MIT Blackjack Team by showing the group living it up in Atlantic City and Las Vegas. Most accounts show these documentaries stretched the truth significantly both in terms of winnings and the ease of pulling off the advantage play.

Bill Kaplan, J.P. Massar, and John Chang were the ringleaders for the MIT Blackjack Team. Massar got into the blackjack counting action in 1979 after the New Jersey Supreme Court ruled that advantage players could not be banned from Atlantic City casinos.

A 1980 MIT class taught by this group of advantage players studied blackjack strategy. This course also helped recruit more players that were able to catch on to the art of blackjack counting. Kaplan joined the group in May 1980 and observed them playing blackjack in Atlantic City. Kaplan had just left a blackjack team in Las Vegas that decided to part ways to pursue smaller opportunities throughout the world.

The group projected that it would earn $170 an hour based on its perceived advantage gained from its card counting method through perfect play. It actually earned $162 per hour, perfectly acceptable when accounting for errors in areas of small edges. That would be about $451 in 2013 dollars. The money was split between players and investors that originally put $89,000 into the bankrolls of the team.

The advantage play involved sending a counter into a game to bet a small amount. This would not attract any attention from the pit boss. This player would continue grinding at a table, sometimes intentionally making mistakes in marginal situations, to keep the play going.

When the count became favorable, the decoy player would signal to another player that it was time to sit. The whale would then get into the game and place a large wager, often the maximum allowed by table limits. He would stay for as long as the deck remained rich of aces and tens.

Casino eventually caught on to this play. The participants would eventually get banned from the casinos in Nevada. Some would even get back roomed, meaning that security would take them off the casino floor and intimidate them into never setting foot into the establishment again. Legend has it that some players were assaulted to teach them a lesson.

Some casinos have created rules to thwart this type of play. Many tables now have placards that limit the mid-shoe bet limit to 10 or 20 percent of the normal table max. The $5-$50 signs in Atlantic City are one example of this policy. Some force players to wait for a shuffle to enter a game. This is especially common in single and double deck games.