Money Management Can Be Useful 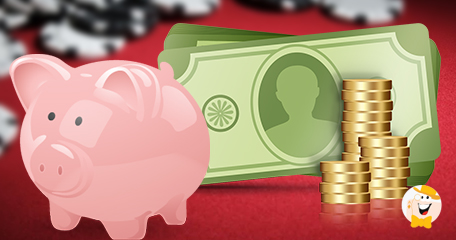 Here’s a question: For those of you who enjoy movies, do you think it would be wise to go to so many movies that you are unable to pay your rent that month?

The answer that virtually everyone would agree upon is, ‘No,’ so why should gambling be any different?

When utilizing money management techniques, even though they are mathematically useless from the standpoint of changing the expectation of a given game, they can be useful for keeping track of how much money you are spending on gambling, Blackjack or otherwise. In other words, if you are employing a money management technique, at least that means that you are doing something very important: Paying attention to your money!

As we determined above, even at a low bet of $1/hand on a relatively good game, a player who plays 400 hands/hour can expect to need a bankroll of some amount greater than $200 to have a near 100% chance of being able to play for six hours without going bust and losing the stake. When you put that in perspective, you can then ask yourself, do I have enough money that I should be playing online Blackjack for six hours at that bet amount?

Just because someone is playing a negative expectation game does not mean that the person is gambling irresponsibly. Gambling irresponsibly entails losing money that you cannot afford to lose, and can sometimes include, ‘Giving money back,’ that you have won, but the latter is really a question that the player has to ask himself. The point of the matter is, in order to gamble responsibly, one who plays negative expectation games must realize that the primary purpose of gambling is NOT to win money, but rather to enjoy the games and be entertained. 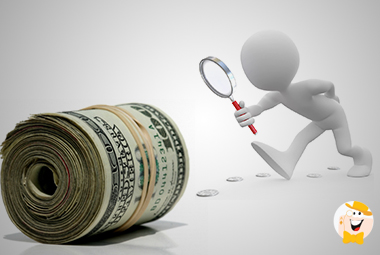 In other words, even a negative expectation gambler should take a look at his/her monthly budget (or however the person budgets) and only allocate an amount that the person can afford to entertainment in general, and gambling, in particular. When that amount has been determined, the player can then use money management to set about determining how they want to gamble in order to maximize their entertainment value.

Some negative expectation gamblers do want to go for huge wins despite the fact that they are playing a game at which they are expected to lose, and there is nothing wrong with that. The most extreme possible way (though the most effective, in terms of probability) is to set the win goal and continue to bet everything that you have until you have reached the win goal, only betting less when a lesser amount is required to reach the win goal. Of course, this is easier said than done with Blackjack because of such possibilities as doubling and splitting, so the player seeking to go for the, ‘Huge score,’ increases his probability of actually doing that by betting as much as possible whilst still playing the game optimally.

On the opposite end of the spectrum is simply those who wish to play as long as possible. In order to accomplish that goal, these people will frequently bet the minimum on every hand. Which is certainly what would be encouraged of them if their primary goal is longevity. In some cases, these individuals may even successfully buy in for $100 and play tens of thousands of hands on that money alone, but it is extremely unlikely that they will ever be ahead any truly meaningful sum. For that reason, while a win goal may be set by such a player, unless that win goal is low it will very rarely be reached.

Most individual players of negative expectation game fall somewhere in between these two extremes. They place some value on having a reasonable chance of hitting a specified win goal, but they also place value on the likelihood of being able to play for a while. Again, as long as an individual is playing within his/her means, there is nothing wrong with that and using a simple money management principle (as well as the Beating Bonuses simulator) will help a player to understand how likely he/she is to be able to play the desired amount of hands or duration of time based on his/her budgeted amount for gambling at a specific buy-in. 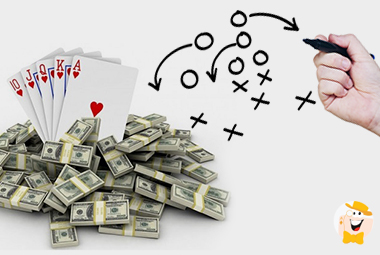 Finally, it could reasonably be argued that using various forms of money management will help a player to keep things in perspective. When it comes to employing money management tactics, while they cannot do anything to reduce the house edge, they do come with one big advantage: They make a player pay attention to his money!

By keeping session logs on all of your gambling activities, you will be able to look back at both your actual and expected losses as well as the amount of time you spent gambling that caused those results to determine whether or not the gambling was, ‘Worth it.’ If a person truly enjoys gambling and can gamble in a responsible way, the answer will usually be, ‘Yes.’ However, it is important to understand the difference between actual and expected results in order to realize that negative expectation gambling does eventually come at a cost, even if it does not end up costing you money in the short-run. In the short-run, a player may even profit at a negative expectation game.