Money Management DOES NOT Work 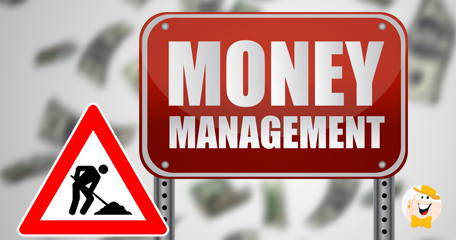 There are those out there who believe, as they sometimes do with betting systems, that some form of money management will enable a player to enjoy long-term profits while playing a negative expectation game. The truth of the matter is that money management systems do not do that, have never done that, and will never do that.

First of all, there is one caveat that money management systems can reasonably be employed if one is playing a positive expectation game. For example, the Kelly Criterion is a mathematical formula by which one can determine the optimal bet to balance risk-of-ruin and expected (dollars and cents) profit whilst playing at an advantage. However, make no mistake that even legitimate forms of risk management, such as the Kelly Criterion, do nothing to change the expected value of a given game. The expected value of a particular proposition will always be the amount that is bet at that proposition multiplied by the house (or player) advantage expressed as a decimal.

Aside from legitimate forms of risk-management strategies, all money management systems are just as worthless and have just as little effect on the expected loss of a game as straight-up betting systems. With that said, there’s nothing, ‘Wrong,’ with employing a money management system, at least, that’s true in the sense that there is nothing more wrong with doing that than playing a negative expectation game in the first place.

One should never pay for any betting system or money management strategy when a ton of them can be found online for absolutely free, and when they are all useless in the first place. With that said, some players like to play for enjoyment and relaxation and do not care very much about the fact that they are likely not to win any significant money, while alternatively, some other players are only satisfied with the chance of a huge win and want to, ‘Go for the kill,’ even though they are more likely than not to get killed instead!

With all of that said, I am going to offer a very simple money management technique for those who wish to play Blackjack online for a certain amount of time in order to get, ‘Bang for their buck.’ The method is really simple, the first thing that you do is determine how long you want to play. In this instance, I am going to suggest that I want to play six hours. 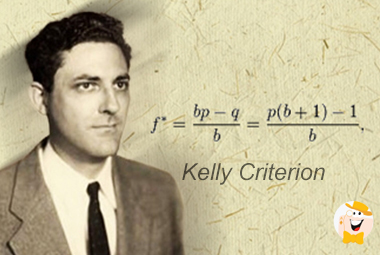 What I can do now is I can multiply those six hours by the 400 hands per hour and that leads me to the determination that I would, apparently, like to play 2,400 hands of Blackjack. With that being the case, I now have to look at the House Edge of the game, which from earlier, we are just going to call 0.5%.

Of course, my results are not likely going to result in a loss of exactly $12 after playing 2,400 hands at $1/hand, however, I can use that amount as a baseline and say, for a $100 buy-in, I am fairly likely to be able to play for the six hours that I want to. This is generally going to be more true in a game like Blackjack for $1/hand than it would be in Video Poker for the same amount because Blackjack is a lower variance game due to the fact that there are fewer huge payouts. For example, if a casino would allow me to split to up to four hands and then double down on each of those hands, and I won every single hand, I will have won $8 which is the biggest single win possible. Given that a Royal Flush in Video Poker should pay at least 800-For-1, the biggest possible win on a Video Poker game at which $1 constituted a max bet (without the game having any special features or multipliers) is $800. There’s a pretty big difference, there! 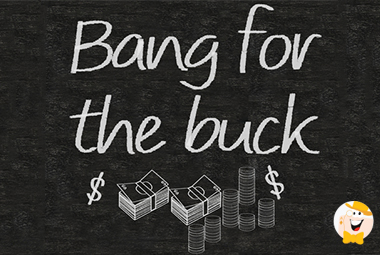 When it comes to positive expectation gambling, the goal is to make money. While it is true that many negative expectation gamblers state, ‘Making money,’ as one of their objectives, that cannot possibly be true, or they would not be playing a game in which they are expected to lose money.

The fact of the matter is that there is nothing wrong with playing a negative expectation game as long as the player enjoys the game and understands the expected cost of playing it. However, delusional notions of, ‘Money Management,’ or, ‘Betting Systems,’ are not going to do anything for players other than potentially lead to serious problems. There is absolutely no way to win in the long-term while playing a negative expectation game, but if you are a player who does wish to play for a certain amount of time, there are a number of techniques that are mathematically valid to ensure that you are buying in for a sufficient enough amount, and betting low enough amounts, to give you a good chance of accomplishing that.