Most live casinos just spread one version of Roulette. There may spread a wheel with half the house advantage for higher limit games. This is not the case with online casinos. Many offer multiple versions of roulette, some of which are unique to the Internet. 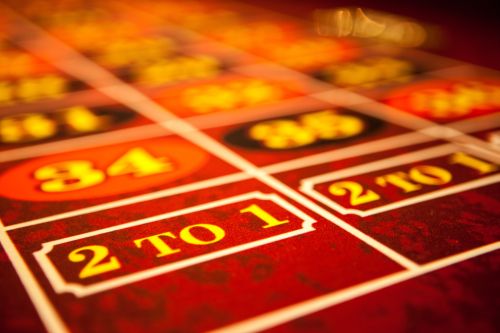 American Roulette is the most common game in Las Vegas. Most online casinos also offer this game. It is generally the worst online roulette game spread at any casino. It offers two zeros on the wheel and has a house edge of 5.26%. The “First Five” bet has an edge of 7.89%.

This game should be avoided if there are other options available. At most online casinos, European Roulette is often spread alongside American Roulette.

European Roulette is similar to Single Zero Roulette. Both have 36 numbers and just one zero. The difference is that bets that pay even money have a special advantage that cuts the house edge in half. If the call is zero, red/black, odd/even, and high/low bets have half of the bet returned. This makes the house advantage on these bets 1.35%. Some casinos use an en prison rule instead of the half-back rule. En prison will put the bet aside and grade it on the next spin, which is essentially the same as giving half of it back as it normally pushes if zero is called again. If the bet wins on the en prison spin, it is returned it its entirety as a push.

Double Bonus Spin Roulette is a game distributed by IGT and available at many online casinos. It offers a typical range of bets that are bet in the traditional game. There is a special bonus well that is yellow. It is 50% larger than the standard wells for the numbers. The ball landing on the bonus well pays 12-1 and creates a special round where there are two wheels. The bonus round will drop two balls at the same time. All bets made are paid at the traditional rate.

French Roulette is an expanded version of European Roulette with the en prison rule. It offers several additional wagers known as Announced Bets:

Mini Roulette is a 13-number game with a corresponding wheel with the same wells. There is one zero and numbers of 1-12. The bets offered are:

3-Wheel Roulette has three separate wheels that spin at the same time. There is only one ball. When the ball drops, all three wheels stop. There are three winning numbers on every spin. A wager is divided by three and graded against all three numbers. For example, if a $15 wager saw these three numbers called:

The wager would win $5 because $10 was won when the red was called and $5 lost on the black number. There is a bonus bet in 3-Wheel Roulette with the following pays:

Can Roulette Be Fallible?