Poker is known as the king of table games, and for good reason. From film to plays, relaxing afternoons to high-pressure spy encounters, poker is deeply entrenched in pop culture. Players know how demanding the work can be. Reflexes, keen observational skills, risk-taking, and opportunism make the perfect combination to beat friends and make enemies.

Variations such as Caribbean Poker make for a fun diversion but in order to win big, you need to know the basics. Poker is a game of wits, after all, and preparation is the key to success.

As the market continues to explode and video poker bonuses become more and more attractive, it might be time to expand your repertoire and give the game a try. Starting couldn’t be easier: it’s all about the rules of the game. Think of it as an investment: every minute you spend learning the rules pays off in hours of lucrative play. Your mastery of human psychology and the subtleties of the game will come with time and practice. Don’t be intimidated! Poker’s one of the most accessible games you can play once you have the basics down.

While there’s a wide variety of poker games, often varying by country and region, there are three that come back time and again. Here are the basic rules so you can start playing today: 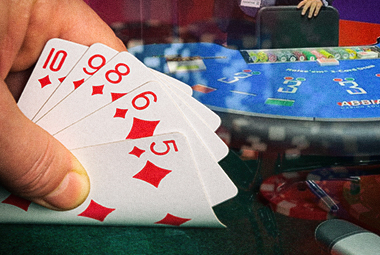 There are a ton of excellent resources for learning to play Draw Poker, also called Five Card Draw. Draw Poker is the variant most commonly seen on the big screen, from James Bond to Austin Powers. It’s also a fairly simple version to learn.

Every player is dealt five cards. They place their first bet. The players are allowed to discard the cards they’re not pleased with and draw new ones.

Once they take a look at their fresh cards, they bet for the second time and lay out their cards. The player with the strongest five cards wins the hand. The game can continue indefinitely, with players betting, winning, and losing hands.

There are ten hand values when playing draw poker. Royal flush is, naturally, the strongest and most desirable combination. Prudently discarding cards and taking new ones improves your chances of achieving the best hand. 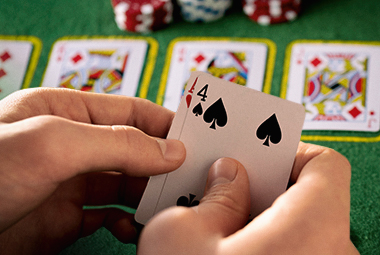 Texas Holdem isn’t just the variant of Poker played in the World Series of Poker (WSOP), it’s also one of America’s most popular choices when deciding what to play. The goal is simple: form a winning hand by combining the two cards you receive from the dealer with the cards you have on the table. The smart beginner always takes a look at winning poker approaches before starting their first game.

The game takes place over four rounds of betting. The first round begins as soon as the players look at the two cards they hold in their hand. These cards are called the “hole cards” and they’re what you use for this round of “preflop betting.”

The dealer puts three cards face up on the table. This is called a “flop.” They’re also known as “community cards.” The players take a look at these cards, calculate their chances, and then place their second bets.

The dealer places a fourth community card on the table. This fourth card is known as the “turn.” Players once again mentally combine the cards in their hand with the cards on the table and place their third bets.

Finally, the dealer places the last community card on the table. This is called the “river card” and begins the last betting round.

The player with the strongest combined hand (their original two cards with the three community cards) wins the pot.

No Limit vs. Fixed

In the WSOP, Texas Holdem games typically have fixed raise and bet limits for each of the four rounds. This means that players must bet or raise in fixed increments, decided before the game starts. In no-limit games or rounds, players can bet or raise any amount of chips at any point of the game. 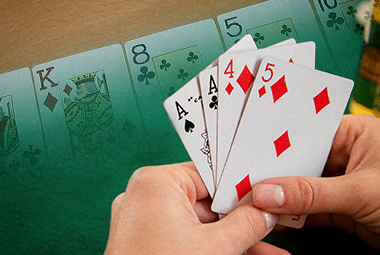 Omaha Holdem is essentially a simplified version of Texas Holdem. There are also several sub-variants, but one variety is played at the WSOP. This variant is easy to pick up and leads to a wide range of play, from relaxed to deadly serious. It’s a good game to play as a beginner to the field as you can learn it quickly and win big.

In contrast to Texas Holdem, each player receives four cards from the dealer instead of two. They’ll only use the two best to combine with the three from the dealer. The dealer then places three cards on the table: the “flop.”

The first player looks at their cards and decides if they want to bet or fold. The betting continues clockwise until everyone has called, raised, or folded.

The dealer then faces the turn card on the table, setting off the second round of betting.

The third round kicks off with the river card showing on the table. The players make their final bets. After this, they show their four cards—but combine only two with the community cards on the table to make the strongest five-card hand.

There are a couple of variations to Omaha Holdem: Pot Limit and High/Low Split.

If there’s a pot limit on the hand, the amount of each raise or bet isn’t allowed to exceed the pot limit.

There are different schools of thought as to whether it’s best to practice online or in-person when you’re first playing poker. Reputable online casinos offer an anonymous place to practice before taking your game real-world and impressing your friends. However, if you’re looking for the least-expensive way to start, playing with friends and family is a no-risk, all-fun way to learn the ropes. Grab the scotch and set up a table! There’s no harm in learning a new skill and having a great time in the process. Who knows? You might be the next World Champion in the making!