How to Play Red Dog

Red Dog is a table game which is commonly found in both land-based and online casinos. Red Dog is a card game which uses a standard deck of 52 cards. The dealer shuffles the cards after every round of play to avoid the possibility of card counting. Players do not touch the cards, so cards cannot be tampered with. Additionally, like all casino card games, the decks are renewed frequently at land-based casinos. Many casinos will punch a hole through a deck to show that it has been used. Some casinos will allow dealers to give you these used decks after use, since they cannot be used for cheating.

At an online casino, of course, bent cards are hardly an issue of concern. Still, it is important to note that each hand is drawn from a full deck, and is unrelated to the previous hand. This makes card-counting impossible and irrelevant. It also means that the chance of a third card of the same value being drawn is 2 out of 50 or 4%. Since the deck is a standard deck, the odds are easy to calculate.

How to Play Red Dog

Playing Red Dog is simple. You make an initial bet. After the initial bet, two cards are dealt face-up on the table. If the cards are consecutive, then the hand is considered a push and your money is returned to you. If the cards are the same, then the dealer automatically draws a third card. If the third card is the same as the first two, players win a payoff of 11:1. Otherwise, in most casinos, the hand is a push, and money is returned to all players. In some casinos, it is not considered a push, and you’ll lose your bet. 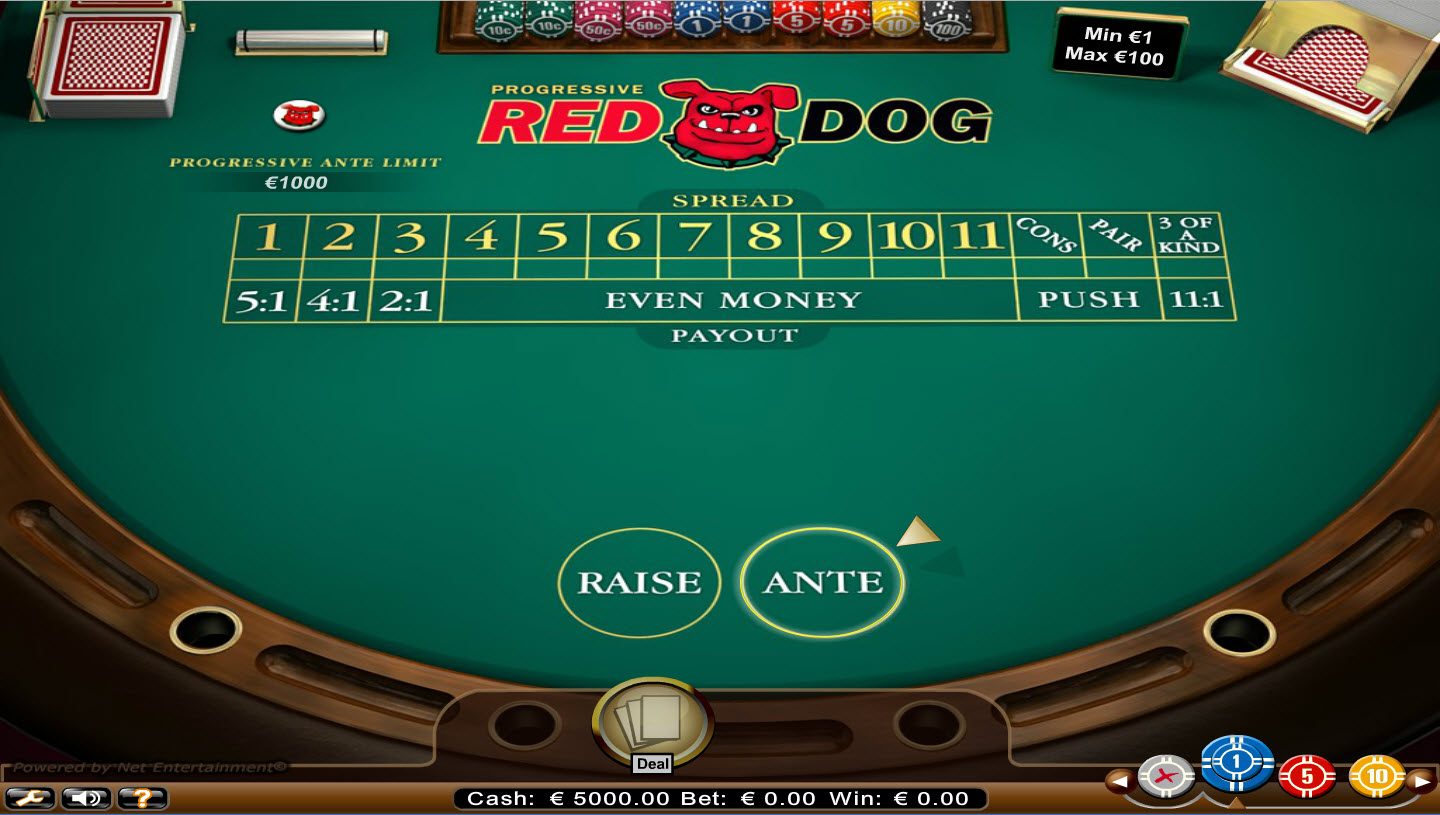 In a land based casino, many players may play a single hand of Red Dog at a time, but each one has a separate area of the table. On each area, there is a layout with options for betting and raising. Some online casinos allow you to play Red Dog with several other players. Some online casinos will even allow you to set up a private room with your friends. This makes Red Dog a social experience and makes it loads of fun.