Since the first roulette wheel started spinning, all the way back in 18th century France, players have wanted to know whether or not the game was rigged.

And surely enough, throughout the game’s long history, there has been stories about all kinds of misdeeds!

Whether the topic was secret levers controlled by dealers, the use of magnets or batteries to stop wheels at Al Capone’s Prohibition-era speakeasy casinos, or more elaborate schemes, it seems that cheating is never all that far from player’s minds.

In eras past, this may indeed have been a well-founded concern!

Today’s gamblers, however, can rest easy knowing that they live in a new era – one where player’s interests are looked after and protected like never before.

This is in no small part thanks to the use of Random Number Generators (RNG’s). This technology has revolutionized play both online and in brick-and-mortar casinos – especially when it comes to slots and any and all games that do not involve a live dealer.

RNG’s can’t protect players, however, when it comes to live roulette. Here, there is a real, physical device, operated by a real, physical croupier… that the wheel may be thousands upon thousands of miles away from the player’s location doesn’t change that fact! Which raises the question…

…how can players be sure that they’re playing a fair game?

The Rise of Regulation 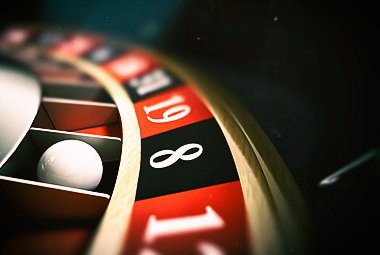 What’s so different about gaming today, you might ask, compared to eras when roulette wheels could be easily rigged by the mafia?

In a word: regulation.

In the modern gaming era, regulatory bodies have taken on a very important role.

These may take the form of governmental agencies, or independent ones, such as eCogra.

As far as players should be concerned, one of the two great advantages of legalized gambling is the legal protections that come with that legitimacy: what is legal can be regulated. (The other advantage being access to gambling!)

In practice, this means that the process of licensure has become something modern casino’s take very seriously indeed.

There are comparably few countries that allow international casino consortia to be headquartered on their soil. Most of them – including Malta, Curaçao, Cyprus, Gibraltar, Alderney, and the First Nations reserve of Kahnawake – require gaming providers to undergo regular outside audits in order to receive and retain a license.

Since the loss of licensure could mean astronomical revenue loss, casinos are generally unwilling to do anything to jeopardize their ability to operate.

This means they’re massively incentivized to keep everything above board.

…at the end of the day, casinos have the house edge on their side. They don’t need to cheat to make money!

How Does It Work

Outside audits of gambling sites can be (and are) carried out in two ways.

Both remove a player’s central disadvantage in determining whether or not a game is rigged: small sample size.

Since players usually play dozens, or at most hundreds of rounds of any given game, it would be easy to blame any irregularity on an unlikely string of outlying events…

…after all, everyone goes on runs of good or bad luck from time to time, right?

Regulators can take much larger sample sizes, though. By running RNGs thousands upon thousands of times, they can ensure that randomness is reliable.

Outliers may exist in the short term, but if they persist over that large a sample size, we’re no longer discussing an outlier – we’re discussing a rigged game!

Remember that every game has its expected win percentage. When we speak of a 2.70% house advantage for European wheels, we mean that, over time, the house should earn only $2.70 on every $100 wagered.

Any long-term deviation from that would be cause for concern.

While individual players may go on a lucky or unlucky streak for hours, days, weeks, or even months at a time, a casino that goes on a “lucky” streak would be very suspect indeed!

That’s because providers don’t deal in sample sizes of hundreds of bets – they deal in the tens and hundreds of thousands. On that scale, luck just won’t cut it… the game is either fair or fixed.

And since auditors have access to company payout records, any indication of irregularities would lead to immediate loss of licensure. 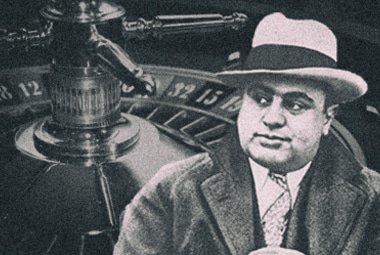 Looking back at history, there’s no doubt that some unsavory people operated casinos from time to time. It’s safe to assume that at least some cheating indeed occurred, and that a great many well-intentioned players were fleeced in the process.

No one was auditing or licensing Al Capone’s casinos, after all!

In the modern era, though, with modern regulation and licensure, it just doesn’t make sense for casinos and gaming providers to cheat.

Over time, the house will always win. They don’t need to put their thumbs on the scale in order to make money! For a casino to get greedy, and risk their own profits by cheating, would be to kill their own golden goose.

By all means, double-check licensure and legality before playing! But in the context of online gambling in the new millennium, there’s generally no reason not to take a reputable provider at their word.