The Mafia and Casino Sportbetting: A Dark Connection

The Mafia and Casino Sportsbetting the Naked Truth 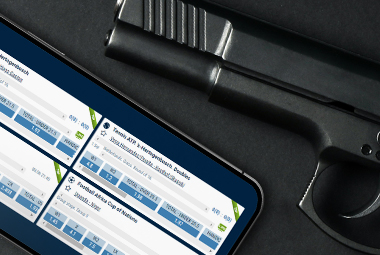 It’s no secret that organized crime was instrumental to the foundation and development of Las Vegas.

It’s not just that mob money funded the building of much of the city – it’s also that gambling itself has been connected to the mafia since time immemorial.

In fact, it’s almost impossible to imagine modern Las Vegas without the mob!

But with the move towards legalized sportsbook worldwide (and especially in the United States), some have been suggesting that the role of organized crime in sports gaming might be coming to an end.

History of Mafia and Wagering

There have been plenty of memorably (in)famous figures in the modern history of mafia and sportsbetting. Here are a few names every player should know: 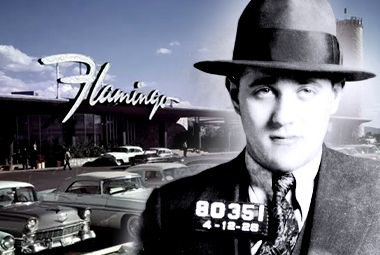 A true nationwide gangster, Siegel was born in Brooklyn to a Jewish immigrant family. His aggressively violent ways led to his nickname (‘crazy as a bedbug’), and he ran a group of contract killers known as ‘Murder, Inc.’

At the age of 35, he fled West – first to California, then to Las Vegas. There, he used his Cosa Nostra money and contacts to open the Flamingo Hotel and Casino, in 1946. This became the third resort ever to open in Sin City, and is currently the oldest continually operating casino on the Strip, as well as the only one opened before 1950 to remain active.

Siegel was shot and killed under mysterious circumstances in 1947, before the casino was ever finished. Live by the gun, die by the gun.

Better known today as the inspiration for the Scorsese movie Casino, Rosenthal started his career in Chicago, where he was running the biggest illegal bookmaking office in town already as a young man.

He came to Las Vegas and was soon secretly running several casinos: The Stardust, Fremont, Marina, and Hacienda among them. All were owned by Chicago mob families.

He was responsible for a number of innovations, including the advent of women blackjack dealers (a move that doubled casinos’ profits in less than a year). Still, he was eventually turned out of the business – after surviving a car bomb attempt on his life in 1982, he was blacklisted in 1988, and forbidden to enter any casino in Nevada.

Still, he managed to escape with both his freedom and his life! That’s more than most ‘retired’ mafiosi can say.

Former NBA referee may not have been a mob boss, but his name is still synonymous with one of the most famous scandals in recent gambling memory.

He began wagering on game in which he was officiating, and winning big. This caught the attention of mob operators. He later testified that, after having had his family threatened by Cosa Nostra operators, he used his position to give various teams significant advantages in order to help certain bettors and bookmakers beat the odds.

This scandal broke in 2007 – hardly ancient history! It just goes to who that organized crime is still a major part of sporting life behind the scenes.

Legalized Gambling: Will It Clean Up Sportsbetting? 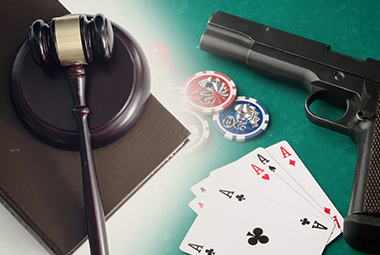 There has been some speculation that the growth of legal sportsbook gambling might deal a crushing blow to organized crime. After all, if players have the option of placing bets legally, why take on the risk of legal problems by opting to wager illegally? Might decriminalizing sportbook gaming deal the mafia a fatal financial blow, and clean up the betting scene?

From our reading of the situation, the answer is a near-certain “no.”

There are three big reasons why.

First of all, there’s the issue of bankroll. Specifically, you only need one for legal gambling!

Just like they would in any other casino bet, player who want to make a legal sports wager have to hand over their cash up front! If they win, they collect their winnings; if they lose, the wager is forfeit. But when working with a bookmaker, (or “bookie”) you don’t pay when making the bet… you pay only if you lose. This can be tremendously dangerous for gambling addicts who wager money they never had in the first place… but it also explains why some sportsbook enthusiasts will always choose illegal betmakers over legal ones.

As the Donaghy scandal made abundantly clear, the mafia can make tremendous amounts of money by either influencing outcomes in sport, or by capitalizing on private information (such as a referee who is being paid to favor one team, unbeknownst to most bettors.) Maybe this is an historical phenomenon, but it’s also a current one! And the mob will seek to continue raking in the cash using these and other advantages for as long as possible.

Then, there’s the most obvious cause of all: taxes.

Gamble with an illegal bookmaker, and there’s no need to declare your winnings (or losses)! The full payout will be yours tax-free. Legal gambling comes with a paper trail, and paper trails mean that Uncle Sam is going to want his cut of your gains. For players of means, as well as for anyone who likes to make larger-than-average wagers, this will be a massive draw for as long as illegal bets are available.

And if history is any guide, that will be quite some time yet!