How Much do You Know About Slots?

What’s the first thing you think of when you imagine walking into a casino? Is it the atmosphere, full of excited people and the tension of limitless potential? Is it the smell of delicious food, ready to eat? Is it the sight of players, games, dealers, and cards?

Casinos are all of this and more, combined into an all-encompassing experience for the senses. They’re places of limitless opportunity and recreation, entertainment at your beck and call.

And it’s not only in-person.

Online gambling is a booming industry, offering unparalleled diversity and a sense of community like never before. Right at the center is one of the most beloved, played games of all time: Slots.

Slot machines are the most popular casino game of all time, continuing to draw huge profits for the industry regardless of format.

Professor of Casino Management Anthony Fredrick Lucas from the University of Nevada, Las Vegas, informs us that “slot machines make up the bulk of gaming revenue in the United States.” For example, in South Dakota and Iowa, slot devices account for a staggering 90% of profit from traditional and online casinos.

It’s not only in the states: Canada is another major player in the casino game. Facilities such as casinos, bingo halls, and video gaming terminals are practically ubiquitous.

Online growth is a major part of the international market as well, with more players than ever logging on from the comfort of their very own homes to win bigger bonuses at their games of choice. And often, that game is slots.

But how did slots come to be? We’ve taken a dive into the storied past of slot machines and their distinct periods of development.

It’s widely noted that the first true gambling machine began its development around 1887.

Sitmann and Pitt managed to create a working machine in 1891. The machine shared similarities with modern poker machines, rather than the slot machines we think of today.

Although slots hadn’t yet been established, this machine set the precedent: we now had a foundation for the future development of not only standard slot machines but all the different types of slot games to come. 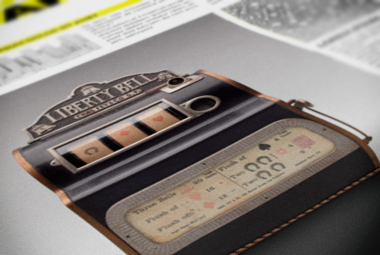 Charles Augustus Fey is the man we must thank for taking the next steps: He‘s the one wo really brought the concept of the slot machine to life. He took the Sitmann and Pitt model and modified it in a couple of crucial ways, creating the Liberty Bell.

The Liberty Bell was an unprecedented machine, allowing for automatic payouts. While the Sitmann and Pitt model had five drums, Fey’s creation landed on three reels with five symbols.

The machine paid out at the highest rate if the player was lucky enough to hit three bell symbols—thus, the Liberty Bell found its name.

Due to its commercial success, other manufacturers hopped on board with their own versions. The resulting popularity boom has never ended.

In 1902, during a wave of religious backlash, slot machines were banned. Though they could still be manufactured, cash prizes were now illegal—and so players turned elsewhere.

This led to an interesting loophole: alternative prizes. In 1907, Herbert Mills created the Operating Bell. This Chicago-based manufacturer created a “family friendly” machine. Along the same principles as the Liberty Bell, the Operating Bell was of similar construction and was absolutely a slot machine—but the symbols were various fruits and the winnings were paid in candies.

The machine was an immediate success and was found in shops, tobacconists, bowling alleys, and salons. The original machines are highly collectible in the modern age, selling for tens of thousands of dollars depending on condition.

The next highly significant development for the slot industry came in 1963, when Bally created the Money Honey.

This invention was recorded as the first electronic slot machine in history.

However, that’s not entirely true—it wasn’t fully electronic. Spinning the reel had to be done mechanically, though the reels themselves were electronic. The next step was for mechanical levers to replace the electronic ones.

1976 saw another development: top video slots made an appearance with the advent of the Fortune Coin. The machine exploded (metaphorically) and soon, every hotel in Las Vegas had adopted the machine.

The industry was on! 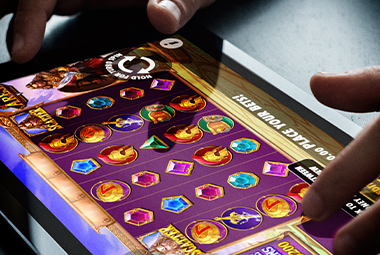 After the Fortune Coin made its debut, the most significant developments to slot machines as we know them today happened in the 1990s.

In 1994, Cash Splash, the first online slot was introduced. Naturally, this immediately changed the game, so to speak, altering the industry forever. The introduction of a bonus round second screen in 1996 was seen as an example of the sheer potential available through online slot play.

Reel’em, a video slot by WMS Industries Inc, came onto the market with a new development: a completely different screen showed when the player triggered the bonus game. It wasn’t just about extra spins anymore; it was an entirely new experience with the graphics to match.

To date, slot machines statistically take most of the floor space in a traditional casino and produce a corresponding revenue.

The advancement of mechanical slots to video and electronic slots had a profound impact on the gambling industry. Technological advancement and software development drive the industry, keeping players satisfied—and looking for more.