For those who don’t sleep one eye open on fresh developments in the casino industry, Amusnet Interactive seemed to appear out of nowhere in 2022 with a sizable portfolio that covers most types of casino games. This is because the company is the next step in the evolution of EGT Interactive as a brand, or as you would say rebranding. But there’s much more than a simple name change behind it all.

END_OF_DOCUMENT_TOKEN_TO_BE_REPLACED

The history of the company stretches back to 2002, with the first office established in Sofia, Bulgaria. Originally the company concentrated on land-based products, first reaching across Eastern Europe and later on all of Europe and further. Online casino gaming really only became a major part of operations around 2019, after which expansion has been extremely rapid. The company has developed not only new casino games, but software and solutions to go with all of it.

All the Casino Games You Need

Slot games are a big part of the selection, and obviously the major product for the company. But it’s far from the only type of casino gaming that Amusnet is interested in. A selection of video poker titles combined with a handful of automated table games by itself only works as a curiosity. But once you add in a live casino with a growing portfolio of table games and live hosts, you’re definitely starting to build up a sight worth seeing. This also includes a growing list of keno games.

END_OF_DOCUMENT_TOKEN_TO_BE_REPLACED

The land-based origins are clearly visible in the way the online slots are developed and designed. It’s just that bit of nostalgic, vintage, classic feeling that is present on the reels and on the screen. That doesn’t mean what you’re seeing was done decades ago, it’s just a style the company still uses, albeit not on each and every slot they have. Animations and graphics are pretty great overall, and there’s even an increasing number of special features to check out. For those interested in jackpots, the company has its entirely own four-level progressive pot available, and it’s definitely worth checking out.

It’s interesting to note that one of the key moments in the company’s history was the name change from EGT Interactive to Amusnet. This wasn’t just some simple symbolic change, but rather a change in direction, with the company aiming to add a modern line of online slots alongside their more classic titles. Future will show how this plays out, though judging by the company’s success so far we would expect nothing less than tons of amusing and interesting casino games.

It’s Not Just About Games… 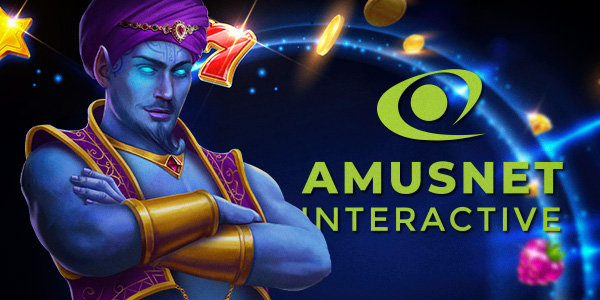 …even if that’s what players feel like most of the time. One of the most important things for a modern casino game provider is to offer services and software to go alongside the games. This is quite obvious once you start thinking about things. For example, you need ways to dish out bonuses for the games and to keep track of those bonuses. You need support for a variety of languages and currencies, and you need to be able to connect player accounts to this whole thing.

All of this also means offering support for different platforms. Whether it’s through a terminal, a desktop, laptop, tablet or smartphone, you are sure to be able to enjoy these games anytime and anywhere you want. The same software allows casinos to change the game settings in many ways, though not obviously in any way that would change the payouts, or the fairness and security. Work still remains for better promotional tools, but we’re sure and secure those are on the way too.

Looking Into the Future

It seems clear that Amusnet is taking some pretty important steps, though there is still plenty of ground to cover before what they offer can compete with the biggest of the biggest software providers. Still, the company has laid all the groundwork correctly. This not only refers to having the software, slots and contacts but also exploring many different areas of casino gaming. Though the selection might still remain relatively small, it is definitely a good starting point that can only grow more impressive.

Something that is still somewhat unclear is how the land-based operations and the online operations fit together. Is this still the same company, or are the two divided, and if so which one is the parent company? Luckily, when it comes to the individual games, especially the slots with a classic look, we’re sure to be enjoying them for years to come. Something that has been clear with Amusnet Interactive from the start is that although they are always ready to explore new horizons, they will never abandon their roots.

END_OF_DOCUMENT_TOKEN_TO_BE_REPLACED

Throw a dart at the map of Europe and chances are that Amusnet Interactive, or its parent company, is active in the country and in the jurisdiction. Malta Gaming Authority licence and Romanian gaming licence are the two main ones that the company uses, but they are also certified in several other locations. Further reach is added by a growing list of partners, whether they are online casinos, aggregators or white label providers. Countries like Sweden, Estonia, Italy, Spain, Denmark, Germany and many others are already on the list, with new ones added at a steady pace.

Though the company is mainly popular in Europe, they have already moved to increase its presence overseas too, with Mexico and Colombia the two first Latin American locations.

For those who don’t sleep one eye open on fresh developments in the casino industry, Amusnet Interactive seemed to appear out of nowhere in 2022 with a sizable portfolio that covers most types of casino games. This is because the company is the next step in the evolution of EGT Interactive as a brand , or as you would say rebranding. But there’s much more than a simple name change behind it...
Read more

EGT Enters Next Chapter of Brand Evolution as Amusnet Interactive