EA Gaming has been operating since 2004, with a great track record for holding players captivated in different markets. They have considerable experience and massive facilities to provide their select catalogue of games across a variety of online casinos and content aggregator platforms.

END_OF_DOCUMENT_TOKEN_TO_BE_REPLACED

The company operates from several locations, as it has established a worldwide market presence along the years, with studios located in several different jurisdictions. Though fairly unknown for Western Audiences, the company is one of the leading providers in Asia. And though you might not be completely familiar with their story, you are certainly familiar with the great selection of live table games they have to offer. 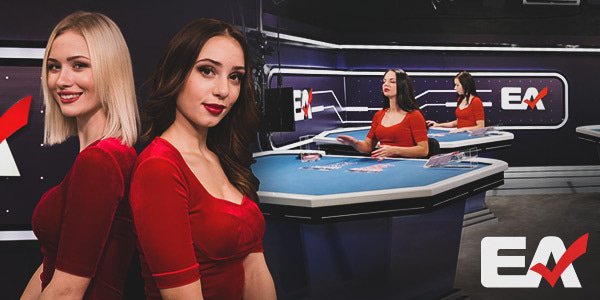 Starting in the Asian Markets

As said, the roots of the company lay in Asia. It’s however a bit difficult to say where exactly, as the only bit of official information available would place the company operating with a PAGCOR license, which stands for Philippine Amusement and Gaming Corporation. They have operated games here since 2004, continuously updating the interface and facilities to make sure that everything is up to date for the perfect player enjoyment. Other news would indicate that the actual company is registered in Macau, one of the most famous gambling meccas in the world.

Making Sense of All the Moves

Though it might have taken until 2019 for the company to emerge under its own brand, they have actually been active around the world before too. The name itself, EA Gaming, stands for Entertasia, under which they have operated before. Putting our heads together, we surmise this is a portmanteau of Entertain Asia, and as they are about to entertain the whole world it’s perhaps better to stand by the EA brand. On the other hand, we hope that it doesn't get mixed by the more famous Electronic Arts or EA Games.

It seems that these table games have also previously been operated under the Entwine brand in Europe. Whatever the case, this confusion is just a matter of branding. Otherwise, it’s quite clear what the company offers, and where they offer it.

Though nominally an Asian gaming brand, the company actually holds studios in quite different places. They hold two studios in Europe, one in Latvia and the other in Romania. The flagship studio is located in the Philippines, with another studio in unspecified jurisdiction. This is one of the first live dealer providers to have their dealers and live hosts offer such a range of diverse locations.

END_OF_DOCUMENT_TOKEN_TO_BE_REPLACED

Which live dealer provider could operate without offering these three games? None, as they are by far the most popular titles to ever have existed in any casino, online or land-based. These games are offered in their standard format, as well as in ways that are designed to accommodate different players’ styles.

Not to mention that you have variations where unlimited numbers of players can sit at the same table. Roulette comes in the popular European Roulette variant, whereas Baccarat offers the normal bets, and quite a lot more when it comes to side bets and other options. There’s also auto-roulette for those who just wish to see the ball roll around, with no interference from hosts and dealers. 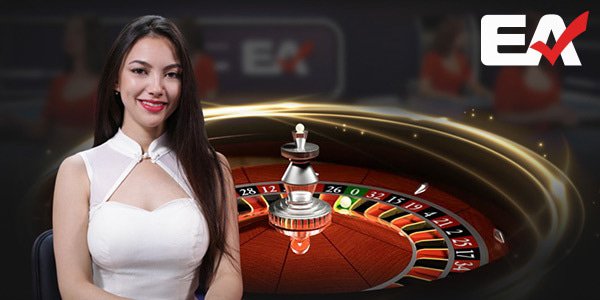 Besides the normal games mentioned above EA Gaming also offer some Asian flavours for players to enjoy. Sic Bo is a dice game that is quickly gaining popularity thanks to its easy play and bets. Bull Bull is a card game that resembles poker in ways, but plays out completely differently. It might be a bit hard to get at first, but you’ll be quickly drawn in once the rules are clear and the action becomes intense.

There are other versions of the above available, as well as some RNG games that don’t come with live dealers. Simplicity is the word of the day, making these games especially suitable for players who are on the look for some fast-paced action.

The Platform and What it Offers

We already mentioned support for languages and currencies, but that’s just the tip of the iceberg. A multitude of betting options and the possibility to place complex bets on a single click, the ability to play on multiple tables at the same time, and even quickplay options. There are tables for unlimited players just as there are tables for private games. The video feed accommodates different settings and internet speeds.

And there are also bonuses, though it is up to the individual online casino whether they choose to enable these for the players or not. Good thing we’ve listed the best casinos that offer EA Gaming live table games for you. There’s even the possibility of trial play, which is quite rare with live casino games.

END_OF_DOCUMENT_TOKEN_TO_BE_REPLACED

The company holds a PAGCOR license, which is the main operating license. They also hold a license from Alderney under other brand names. What’s more, the games are certified by GLI, or Gaming Labs International. You can rest assured that everything from the camera feeds to servers, security and random number generation is 100% safe and secure.

Check out the 5 found here, which after 871 LCB member votes, have resulted in an overall rating of 3.5 out of 5. A total of member votes have also generated a 0.00 slots rating on the 0 games reviewed on LCB.

EA Gaming has been operating since 2004, with a great track record for holding players captivated in different markets. They have considerable experience and massive facilities to provide their select catalogue of games across a variety of online casinos and content aggregator platforms. New EA Casinos for Virginia More... The company operates from several locations, as it has established a...
Read more