Electric Elephant Games are a energetic studio creating 'electrifying games', best played on mobile. Visit LCB.org to try them for fun or for real money at one of the top member rated online casinos.
Average game rating

Electric Elephant Games (eegames) is made up of a team of poker experts, math wizzes and industry veterans, the inspiration for the company name comes from its Sri Lankan roots and its known abundance of Asian Elephants. Their first slot to debut at all Microgaming operators is Space Spins. 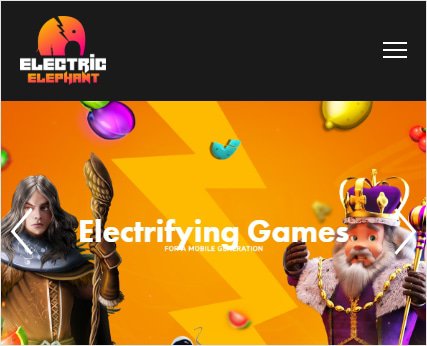 Formerly known as Seven Deuce Gaming, this company has been rebranded as Electric Elephant gaming. The company has offices in London, where the headquarters reside, and Columbo. The staff comprises of a selected core of professional game developers, coders, and graphics.

Originally the company concentrated on poker, but that was four years ago and now the company has entered the slots markets in force. Hence the rebranding. Their reputation amongst poker players no doubt helped them enter the markets quickly, as is evident from their list of partners, such as Relax Gaming .

Mobile games with an electrifying touch

The company seeks out unique ideas and turns them into fantastic slots. This comes with the benefits of the latest technology, which means heavy concentration on the mobile markets. It’s not only slots and poker they concentrate, but pretty much everything and anything that makes online gambling what it is. Scratch cards and table games are also on the table.

Though they might not have come out with hundreds of slots yet(at the time of writing this article) they are certainly on their way to such numbers. Though the basic seem to follow the standards that classic slots have laid down, the company is not afraid to innovate either. Their prototype games offer interesting features and setups. These are not always instant hits, but usually, lead to features and settings that can be used to create hit games later. 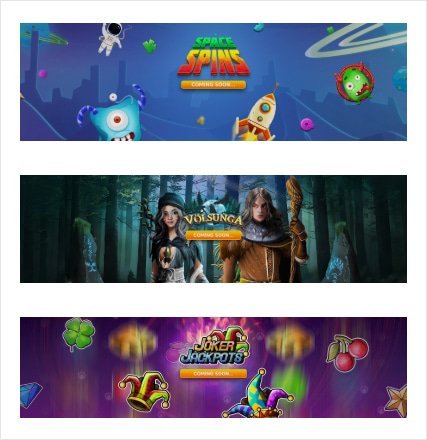 Like so many other companies of the time, Electric Elephant too produces games for the big companies, rather than striking out at their own. They have signed contracts with several big publishers, such as Microgaming , who provide their slots and other games via their own platforms.

It might be possible that the company will end up releasing games on their own in the future, or so it would seem given the quality of the slots they have released through other companies. For this they will require a bit more work with their parnter network.

We have no information about the current licenses of the company, though it is safe to assume they do not work without one. Furthermore, as they mostly work as a design studio the licenses and testing usually come through the companies they have deals with. For example, Relax Gaming  and Microgaming both hold most of the possible licenses that are on offer.

END_OF_DOCUMENT_TOKEN_TO_BE_REPLACED

Electric Elephant Games is one of the world's most commonly used online software providers. No shocker there but did you know that there are 298 featuring these games listed here on LCB? In fact, the general consensus among you after 20236 votes, is that these operators have earned an average rating of 3.6 out of 5 making it one of the most preferred in the industry. Another 47 votes from our members on the 9 slots we've reviewed have resulted in a 2.93 average rating.

Electric Elephant Games (eegames) is made up of a team of poker experts, math wizzes and industry veterans, the inspiration for the company name comes from its Sri Lankan roots and its known abundance of Asian Elephants. Their first slot to debut at all Microgaming operators is Space Spins . Formerly known as Seven Deuce Gaming , this company has been rebranded as Electric Elephant gaming. The...
Read more

Regrettably, Electric Elephant Games restricts players from Virginia to play real money games.
If we have jumped the gun, you can remove that filter by clicking here.