Elysium Studios popped into the gaming scene in 2019. You might think that it’s just one amongst many to do so, a small studio in a sea of online casino game producers. But you would be wrong. The studio has roots in some of the bigger companies, with staff coming from giants like Net Entertainment. Furthermore, the company almost immediately merged with Maverick Technology, giving it a nice portfolio of slots before even producing any of its own.

END_OF_DOCUMENT_TOKEN_TO_BE_REPLACED

It’s safe to say that this is more than just a slot developer, with far-reaching goals. Their several licenses, aim to create an all-inclusive content platform, their own gaming servers, and dedicated production teams bring promises of better gaming. This also extends to table games and other gaming products. The company is based in Malta, Sweden, Isle of Man and Bulgaria. The latter is home to the dedicated development team.

END_OF_DOCUMENT_TOKEN_TO_BE_REPLACED

Concentrating on the Platform First 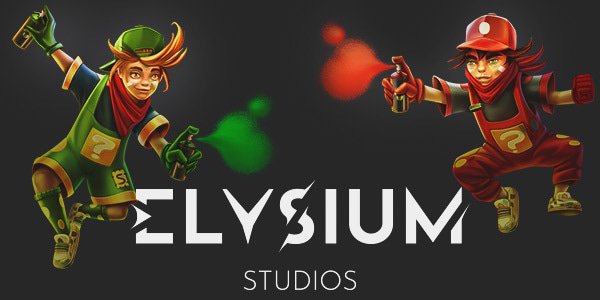 It might seem like the company has had quite a slow start, really only starting to push out slots in 2021. This is despite them having established the company in 2019, and living quite quietly ever since. The reason for this is very simple: the company has concentrated on perfecting its gaming platform first. Building from scratch is no easy task, and testing everything to include desktop and mobile compatibility with easy integration for all sorts of systems takes plenty of time.

And this is not just to make sure that their own slots and other casino games will function on any and all online casinos. It goes further than this, with an aim to create a software suite that can incorporate games from other studios. Part of this has been their acquisition of Maverick Technology, which brought with them a dedicated remote gaming server. Usability and fast integration are two of the most important selling points, but further improvements and additions are constantly worked on.

To make sure that future games are available not just through their partner casinos, the company has already created a network of partners. The games will be immediately available via their own platform, but also those of others. This again proves that the software and technology have received adequate scrutiny to make sure it’s compatible across the field.

So far Elysium Studios has teamed up with a variety of white label providers and content aggregators such as BetConstruct, Flow Gaming, Everymatrix, DaoTech, GamingTec, Pronet, BlueOcean Gaming, GameHub, and QTech. The big ones are enough to cover the vast majority of online casinos, and the smaller ones of these make sure that every niche casino is provided with gaming products likewise.

It might have been a slow start, but this spurt ensures that the company will quickly grow to become a contender in the mid-size, and perhaps amongst the largest providers there are.

Re-imaging the Way of Gaming Online 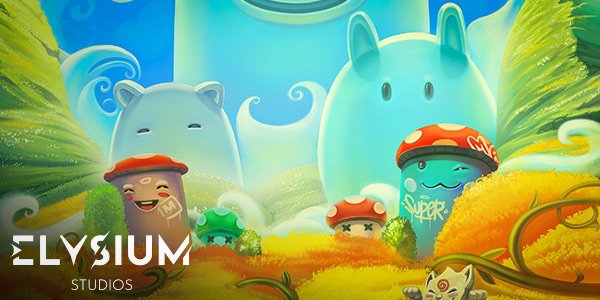 Social, video and casino gaming. These are the cornerstones upon which Elysium Studios seeks to build its house of gaming. Casino gaming is the obvious part, drawing inspiration from all sorts of slots and table games. That doesn’t mean you should expect a repetition of the old, with the company having a clear aim to change what has become a repetitive experience.

When it comes to video gaming the company will most likely draw inspiration from graphics, animations and sounds, and why not from mobile gaming in general. More intuitive use, better interface and perhaps even a bit of interactive gaming will go a long way here. You only need to take a single look at the games available to see that this has already paid dividends.

But what is the aspect of social gaming going to be? We’re a bit in the dark on this still, as it’s early days for the company, but we can tell you that it’s something that is needed. And this isn’t the first company to try what others have failed to achieve. How this is going to play out remains to be seen, but at the minimum we expect tournaments, achievements, in-built bonuses and other such additions.

The Maths Behind The Games

Though the graphics and animations are definitely on another level, at least when compared to the masses of online slots, this doesn’t mean that all effort goes to this sort of polish. Maths are important not only to keep the RTP high, which in these games is always north of 96%, but to make sure that the wins are balanced and worthwhile. You have to have big wins, but the small ones need to count in more than pennies too. So far, we’ve seen pretty good results in this area, suggesting that all the hard work on game mathematics has paid off.

END_OF_DOCUMENT_TOKEN_TO_BE_REPLACED

The company holds licenses from Romania and Malta, the latter being the hub of iGaming. This is not nearly enough for their needs, and they are seeking out additional licenses from countries such as the UK, Isle of Man, Estonia, Latvia, Croatia, Georgia, and Gibraltar.

As you can see, the above list includes almost each and every European licensing body. This is quite noteworthy, as it means the company is clearly aiming to become a massive player in the online casino gaming industry. What their plans are, and how they will unfold, is as of yet unclear, but they are certainly welcome to rock the existing balance to bring us all an even better gaming experience.

Check out the 9 found here, which after 369 LCB member votes, have resulted in an overall rating of 3.7 out of 5. A total of 6 member votes have also generated a 3.30 slots rating on the 1 games reviewed on LCB.

Elysium Studios popped into the gaming scene in 2019. You might think that it’s just one amongst many to do so, a small studio in a sea of online casino game producers. But you would be wrong. The studio has roots in some of the bigger companies, with staff coming from giants like Net Entertainment. Furthermore, the company almost immediately merged with Maverick Technology, giving it a nice...
Read more