Hölle Games is a German game developer that started operating in 2020, with the aim of providing German gaming for online casinos. It took them a while to get their products ready and running. In stark contrast, it took no time at all for them to get signed up with the big suppliers as soon as the games and software was ready for distribution. You don’t have to browse their home page long to figure out the reason for this, as the staff is clearly experienced in all aspects of online gaming.

END_OF_DOCUMENT_TOKEN_TO_BE_REPLACED

...quite a few of the key players here have a background with the highly successful Gluck Games…

The company itself is technically located in Berlin, though it seems like everyone prefers working remotely, which also opens up doors for future expansion for worldwide markets. For now, the selection of games as well as the intended audience is very germanic. For one reason or another, German companies and way of building slots hasn’t been the most well-represented in the iGaming industry. Is that about to change? And if so, what will this new era of german slots look like?

END_OF_DOCUMENT_TOKEN_TO_BE_REPLACED

Before we even get started with reviewing the slots and places to play them at, it’s worth noting that the company has already agreed on some pretty big distribution deals. The most important of these is the deal Hölle Games made with EveryMatrix. This alone should be enough to make the games available with a huge chunk of different online casinos throughout the world.

Other partner companies include Pariplay, guaranteeing a worldwide distribution for all sorts of online casinos. As the company has only operated for a short time, we expect them to snatch up more deals in the future, further enhancing the availability of their slots. 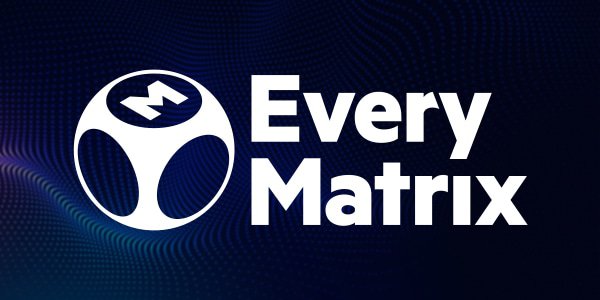 Experienced staff is of importance

For most of the staff at Hölle Games this isn’t the first time around the block. Several members of the founding team played an important role in Gluck Games, a company that later merged with Gamevy to form one of the most successful online lottery companies. Other members of the team come with similar experiences in other gaming companies (Scientific Games, Tipico, Mkerkur, Entain and others), and some can trace a legacy of several decades in the industry.

What we mean to say, is that Hölle has brought together an expert team, whose result we are already familiar with. Not to mention that it also probably played a role with the EveryMatrix team. On the other hand, the company is still young and their games haven’t been tested by the large audience, so only time will tell how things play out in the long run. For now, we do like what we have seen. And we suggest you take a look too.

The thing about Germans

We’re sure that pretty much everyone acknowledges that “Made in Germany” is a sign of good quality, no matter what product we are talking about. This is something that the company is banking on. Bringing that quality into the games of course means that we shouldn’t expect the most rapid publishing schedule imaginable, instead we are looking at games that have been perfected with time, attention and effort.

...but it’s not only the high quality that the company seeks to bring to the gaming scene…

The term “Hölle” itself is german, used for example to denote a place you can go to play slots “Spielhölle”. “Hölle Spiel” in turn means a “great game”. This is seemingly something that the company wants to embody in all of its gaming production. We’ve also noticed a certain liking to the style of classic slots, which without a doubt are still quite popular amongst german players.

Why not both? The basic design of the games, at least so far, certainly draws inspiration from the standards of online slots. Bells and diamonds, fruits and paylines. But these are not simple ports from old terminals, these are fresh games designed for the era of the internet and online gaming. Yet, capable of offering simple functionality that doesn’t require too much effort to learn, and stays entertaining from one round to the next.

Modern gaming and features are added either directly into the games, or as bonus systems through the backend solutions. Naturally, the double or nothing gamble feature tends to be a constant option in all of these games. One of the more interesting features has to do with German gambling laws, which limits the RTP of online slots offered in the country. With the help of this bonus system, some small wins are instead presented as bonus spins, increasing the possibility of offering bigger pots for players.

...we take a deeper look at the games in our Hölle Games slot page, and via our slot reviews. Don’t forget to check out what our readers have to say, and don’t be afraid to drop in your own comment either.

All the casino games can be player in fiat and cryptocurrencies, in particular Bitcoin (BTC), Ethereum (ETH) and Tether (USDT).

Hölle Games owns a Maltese Gaming license, which alone is usually enough to ensure that you’re playing slots and other games that are guaranteed to comply with the laws. As this was not enough for the company, they have also sought and received certification from iTech Labs and an Isonike ISO certificate. You couldn’t really ask for more proof that you’re dealing with a legitimate gaming company.

Hölle Games is a German game developer that started operating in 2020, with the aim of providing German gaming for online casinos . It took them a while to get their products ready and running. In stark contrast, it took no time at all for them to get signed up with the big suppliers as soon as the games and software was ready for distribution. You don’t have to browse their home page long to...
Read more

Bitcoincasino.us is not trustworthy casino and has been
BLACKLISTED We suggest you try one of the casinos listed below or continue at your own risk.

or continue to Bitcoincasino.us

Höllische Sieben Deluxe is a New Fiery Follow up from Hölle Games!