If you didn’t know the background, you’d certainly think it’d be a bit strange for a company clearly as competent as HungryBear to just pop out of nowhere and become a major player practically overnight. But if you do know the background, or learn it from here, you’ll see that this is just the first few steps for the company.

END_OF_DOCUMENT_TOKEN_TO_BE_REPLACED

But before we get to the specifics, let’s take a look at the overall picture, shall we? This company has been operating for a few years, with locations in the UK and Canada. The team includes considerable talent and their selection of games offer slots and table games. Besides games the company offers its services and expertise for other purposes too. 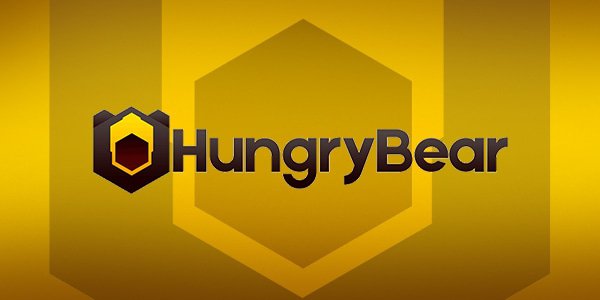 A growing selection of games

It’s not the biggest selection of games so far, and that’s because the company is just getting started. The first few games were solely produced for Canadian gaming markets, specifically for the British Columbia Lottery Corporation, which is a national provider in Canada. Whilst these games might not be available for play everywhere, you’ll still get plenty of options to choose from at any other online casino.

One thing of note is the variance within games, whether that’s in payouts, features or payline setups. Not to mention different themes and graphics.

END_OF_DOCUMENT_TOKEN_TO_BE_REPLACED

The core team that created this studio is not going around the online casino world for the first time. Many of the same faces were the architects of success with Core Gaming, which was later acquired by Sky betting. This also explains why the company seemingly came out from nowhere, despite clearly having a ready selection of games...they simply had non-compete clauses, which finally expired.

Get ready to see a lot more great gaming!

The company hasn’t been idle whilst waiting to be able to publish their own games again. They have been cooperating with other brands, making fixes and perfecting selections. Everything from concept design to maths, and from integration to testing is on the table. This also keeps the creative folks at the company sharp, making sure they are always on top of the game with new trends and such.

Though the games at the moment are available via several different platforms, such as Leander and SG Digital, HungryBear is also preparing to launch their own servers and systems to make sure that they have total control over distribution and implementation.

The company is seeking licenses in the UK and the rest of Europe. They also hold a license in Canada.

Check out the 68 found here, which after 5710 LCB member votes, have resulted in an overall rating of 3.3 out of 5. A total of 24 member votes have also generated a 3.50 slots rating on the 2 games reviewed on LCB.

If you didn’t know the background, you’d certainly think it’d be a bit strange for a company clearly as competent as HungryBear to just pop out of nowhere and become a major player practically overnight. But if you do know the background, or learn it from here, you’ll see that this is just the first few steps for the company. New HungryBear Gaming Casinos for Virginia More... But before...
Read more

Regrettably, HungryBear Gaming restricts players from Virginia to play real money games.
If we have jumped the gun, you can remove that filter by clicking here.