Online lotto games are perhaps the most under-presented form of gambling, especially considering the fact that it’s also one of the oldest and most popular forms of playing with numbers. Lotto Instant Win is here to fix this little oversight, by combining lottery and live casino into one package.

END_OF_DOCUMENT_TOKEN_TO_BE_REPLACED

Before opening up shop the company went through years of rigorous testing, also establishing a network of studios. They have been operating in this form since 2017, revealing their first lotto games in 2018. However, the roots reach much further than this. Lotto Instant Win is actually part of PinProject, which has been operating since 2007. This Czech company is popular in Central Europe, and increasingly popular online.

END_OF_DOCUMENT_TOKEN_TO_BE_REPLACED

Table games at a land-based casino and table games in an online casino are pretty much the same thing and experience. But what about lotto? Essentially, it’s very much the same game, but the way it is played is quite different. Of course, the wins are on entirely different levels. At least for now.

With traditional lotto you buy a ticket and wait for the draw. With online lotto you choose your numbers, select your bet level and wait for a new draw to start. Depending on the studio and game type, draws can run every few minutes.

The principle for winning is simple: just get your numbers right. Online lotto comes with a lot more options for specials and side games that your normal lotto wouldn’t. This is something that changes the experience into a whole new direction.

But why call it betting?

Because you are betting on an outcome. There are jackpots available, but for the most part you are actually delivered a list of odds and outcomes. Players are therefore paid in relation to their bet and odds, and not based on predetermined lists of prizes. This is quite a big difference when compared to traditional lottery

One of the big advantages with this system is that it allows for a much wider variety of things to bet on.

One draw with several games

Each draw consists of several stages, during which an increasing number of balls are drawn. Each stage also counts as a different game, with the latter ones taking advantage of the previous ones. Players can concentrate on any one of these, or they can buy different tickets for each and every one.

Further options include betting on ball colours, first drawn number, sum of first five balls and plenty of other bets. It's up to the player how invested he wants to get in any one of the draws. The selection is also expanding with extra games such as Keno.

Have you heard of them?

Though this might be the first time you hear about the company, we’re pretty sure that you have heard of their partners. In fact, it seems like Lotto Instant Win, or their parent company Pin Projekt, is known to all major platforms and online casinos in the industry.

Slotegrator, Everymatrix, Evoplay Entertainment, Oryx Gaming, Bitcasino, PronetGaming, and WWIN are just a handful of example of a network that is fast expanding to cover worldwide markets. 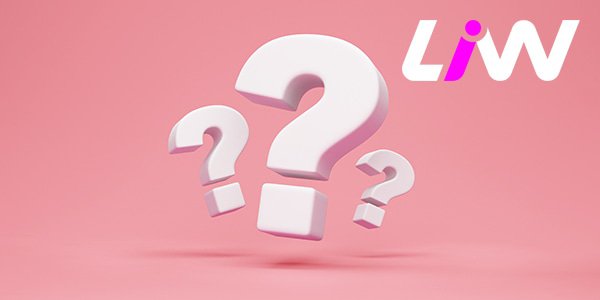 It’s not just about the numbers

You might be wondering why there are so many games and draws all bunched up into one single setting. Why not just draw numbers separately one after another, with different games and cameras?

Well, that would be boring. Remember that Lotto Instant Win used years to perfect this gametype. It’s not just about how fast you can deliver lotto results. It’s about building a gaming experience that lasts more than a few seconds, going through different stages and delivering an increasingly exciting game show to all players.

Usually, these games culminate in a chance to win a jackpot…

...but one shouldn’t confuse these jackpots with lotto games like Powerball. One major difference with these online lotto games, when compared to the traditional lotto games, is that it is easier to win. That’s why the prizes are lower too. Though who knows what heights these progressive jackpots can reach if the games become popular enough.

We built the machines

Lotto Instant Win is perhaps the first company to offer an online lottery, at least to larger audiences. There have been some examples of online lotto, but usually by national bodies, and even then simply streaming online instead of the classic televised raffle.

Therefore the company had to design and build the lottery machine themselves. In-built mechanisms allow monitoring of the device 24/7, with two hours daily spent on testing and maintenance.

It’s worth noting that the quality requirements for these devices is much higher than for traditional lottery machines. After all, if you have hundreds of draws per day as opposed to once a week, you certainly need something that can take the tear and wear.

It’s not that the interface wouldn’t work wonderfully. From the technical side, things are top-notch, and players can switch between different video streams without any delay. However, when it comes to intuitive use there’s still a bit of work to do. This is especially true for new players, who might need to seek out information outside the games themselves before they get the hang of things.

This is not to say that there would be major issues. What we noticed is simple some missing explanations here and there, or a button or two that could have benefited from using tooltips. It’s not all that much work to add these options, and something we expect the company to do quite soon.

END_OF_DOCUMENT_TOKEN_TO_BE_REPLACED

The company has been audited by eCogra, the primary testing studio in the field of iGaming.

Check out the 7 found here, which after 606 LCB member votes, have resulted in an overall rating of 3.5 out of 5. A total of member votes have also generated a 0.00 slots rating on the 0 games reviewed on LCB.

Online lotto games are perhaps the most under-presented form of gambling, especially considering the fact that it’s also one of the oldest and most popular forms of playing with numbers. Lotto Instant Win is here to fix this little oversight, by combining lottery and live casino into one package. New Lotto Instant Win Casinos for Virginia More... Before opening up shop the company went through...
Read more