Though mPlay Games was created in early 2020, we suspect they had their products in the works a bit before that already. Whatever the case, they quickly established themselves as a noteworthy new producer, signed up deals with several content aggregators and made their high-quality games available across the world.

END_OF_DOCUMENT_TOKEN_TO_BE_REPLACED

Despite the widespread availability, they do have a very clear core target market, which in this case is India. At least if we judge by the themes and types of games that have come out so far. This is excellent news for everyone, giving more variety to the types of casino games we all get to enjoy. Their unique graphical style adds a further level of entertainment to all products.

END_OF_DOCUMENT_TOKEN_TO_BE_REPLACED

A Gaming Studio on the Path to Fast Growth 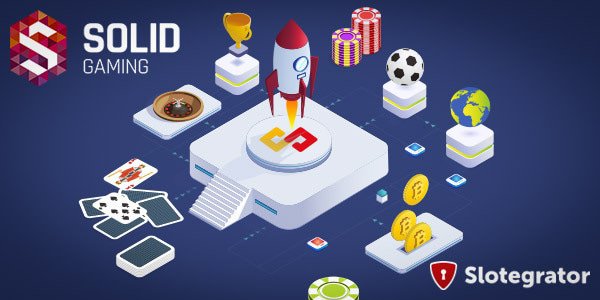 Solid Gaming, SoftSwiss and Slotegrator were the three major content platforms to first sign deals with mPlay Games. These three alone are enough to spread the games to hundreds of online casinos, though obviously, this is not an immediate effect. Of course, the company is not going to challenge giants like Net Entertainment, not before they push out a considerable number of titles.

But they are in a pretty good position to fill a specific niche and offer the sort of games that players rarely run into. That in turn can quickly propel them to fame, especially if the quality of these titles keeps up in the future, as much as it has by now. At the same time, the company has wasted no time reaching out to individual casinos too, offering their products in a variety of different markets.

It’s obvious that the company has decided to bank on quality over quantity. Though graphics are important, it’s not 3D or animations that are necessarily the main attraction here. Rather, the look of each title has been carefully planned, with simplicity and functionality in mind. Bright colours are often used to enhance the entertaining experience you’re about to witness. Here and there details shine through, especially when it comes to the collection of symbols used.

At the same time, sound effects and music have received some much-needed attention. You’re unlikely to find two games that would be using the same instrumentals or loops that would be simple repetitions. Though obviously, each slot doesn’t come with a movie-like soundtrack either. But these things are clearly just the background, upon which the actual premium-quality stuff is laid upon.

Origins of the company

Though the company has a clear idea of what they are doing and from where they draw their material from, it’s not equally clear where the staff originates from, or where the company is concentrated on. The team size seems to have remained somewhat small still, which is understandable as they are a rather fresh company. That’s not to say rapid growth would be an impossibility.

We are sure to keep you updated on these details as they become available. 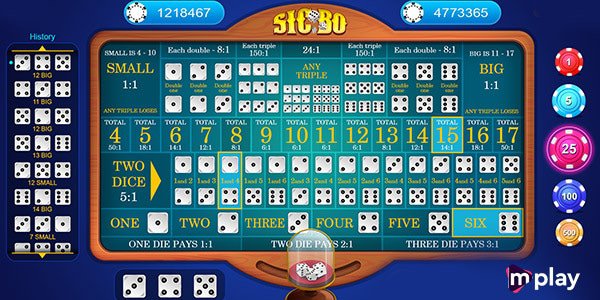 It’s the company’s official aim to concentrate on the Asian markets, but it’s also something that shines through from the selection of games they have created. Most importantly that shows up in the way they have selected to present their table games. No blackjack or roulette here. Instead, players are served a refreshing dish of games like Teen Patti, Sic Bo, Dragon Tiger, Jhandi Munda, Ludo and plenty of others that you might not even have heard of.

Some of these games are available from other producers too, but they are often treated as specialities. And in no case, would you find such a concentration of Asian table games, placing mPlay in a very secure position in becoming the expert in this area. Certainly, that also fits the definition of premium.

Take a good look at the online slots too

Even when going in search of new influences, there are only so many established table games to transform into the online casino sphere. That’s why it’s a good thing the company is onto online slots too, rolling them out on a steady basis. And in this genre, there’s a lot more room for both new and innovative mechanics, and themes and influences to draw from.

And it’s the latter that this company has really concentrated on. Most of the mechanics trust in the traditional five-reel setup, though it’s not something that is set in stone. There’s already a couple of variations on it, and the same can be said for the way the wins are calculated. You’re as likely to run into payways as you are on paylines.

END_OF_DOCUMENT_TOKEN_TO_BE_REPLACED

When it comes to special features, bonuses and such, there seems to be no lack of ideas to try out. Respins, extra spins, wilds and scatters still play the biggest and most important role. Looking back at the themes, it’s not all about Indian tv-shows or football leagues either. There’s a healthy mix of more popular, and perhaps even universal takes on slot gaming. All in good colour and detail.

License information isn’t currently available, though we do know that the company does operate from the iGaming hub of Malta. It’s good to keep in mind that online casinos function via their own licenses, so this is not something that mPlay Games would be responsible for. What’s important is that their games have been tested by Quinel, one of the leading iGaming testers, with results confirming completely random gameplay.

Check out the 4 found here, which after 450 LCB member votes, have resulted in an overall rating of 3.1 out of 5. A total of 9 member votes have also generated a 2.93 slots rating on the 4 games reviewed on LCB.

Though mPlay Games was created in early 2020, we suspect they had their products in the works a bit before that already. Whatever the case, they quickly established themselves as a noteworthy new producer, signed up deals with several content aggregators and made their high-quality games available across the world. New mplay Casinos for Virginia More... Despite the widespread availability, they...
Read more