Noble Gaming's main HQ is located in the UK with branches in Bulgaria and Czech Republic. Noble gaming creates slot games and is a supplier of Server Based Gaming Systems, visit us for a list of the top casinos that you can play their games for real money.
Average game rating 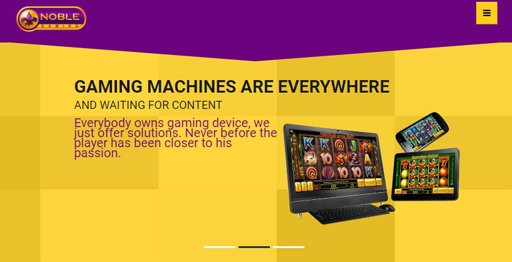 Noble Gaming is a somewhat obscure company for an online player. The reason for this is the fact that the company is mainly aimed at land-based casinos. Their slots are absolutely compatible with all devices, but they merely mirror what is available in a cabinet, terminal, or in many other game hall formats.

Despite this, the company is by no means stuck in the past. They have brought in a new generation of devices and games that bring modern technology to land-based casinos. This will without a doubt lead to changes in their online slots as well in the future.

Operating throughout Europe as a part of a larger company

The company has been in operation for well over a decade, and so has its parent company. Noble Gaming is one of those seemingly insignificant companies, who in truth just don’t boast about their positions. Behind them, they have the whole might of a powerful organisation, which shows as experience and knowledge of the whole gaming field. They are well connected with reputable online casinos.

Currently, they are mostly operating in Europe with land-based casinos. In this regard, their main market areas are the German-speaking countries, the UK, Spain, and in increasing amounts Eastern European countries. They do not hold similar sway online, but that is about to change.

The games follow a modular structure, or rather the gaming infrastructure that Noble Gaming upholds does. This means that future games can be designed with customer needs in mind. With wide availability on traditional gaming devices, you can rest assured that everything works wonderfully in mobile and desktop products too.

Easy accessibility and playability are combined with big wins. These are the main selling points behind the classic Noble Gaming slots. Instead of offering massive jackpots or special features that might pay out, the company simply trusts in solid payline payouts. This means that most slots offer high volatility.

END_OF_DOCUMENT_TOKEN_TO_BE_REPLACED 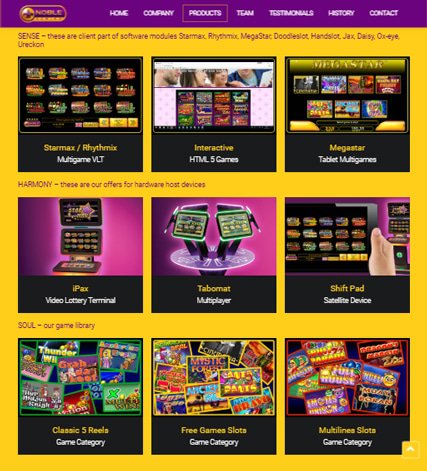 All about five reel and multiline slots

None of that modern slotsplay, with interactive features, animations, cut-scenes, and all the added unnecessary baggage. Simply classic five reels and multiline gaming is what it is at Noble Gaming.

That’s not to say there isn’t enough variation or specialities for those looking for them. Themes range from one end of the scale to the other, from jokers to fashion shows to mystical beings. Wilds, scatters, bonus games, and special symbols are not at the forefront but still present in most of the games.

Gaming machines for the future 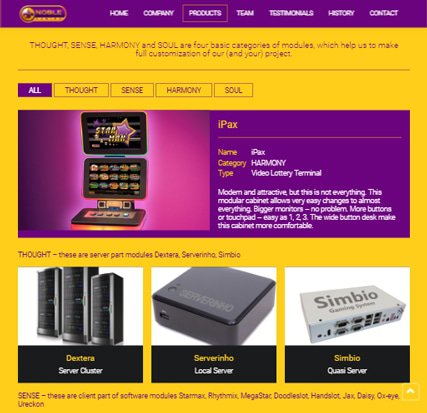 It’s not just slots for casinos, but the whole infrastructure that the company is aiming at. Part of this is producing next-generation gaming devices for land-based casinos. It might come as a surprise, but those casinos are not just all about tables and slot machines anymore either. All sorts of interconnecting devices that you can play with from the hotel pool or from the lobby are part of the experience nowadays. How this will connect to the future remains to be seen.

Noble Gaming is one of the world's most commonly used online software providers. No shocker there but did you know that there are 40 featuring these games listed here on LCB? In fact, the general consensus among you after 1810 votes, is that these operators have earned an average rating of 2.4 out of 5 making it one of the most preferred in the industry. Another 28 votes from our members on the 4 slots we've reviewed have resulted in a 2.63 average rating.

Noble Gaming is a somewhat obscure company for an online player. The reason for this is the fact that the company is mainly aimed at land-based casinos. Their slots are absolutely compatible with all devices, but they merely mirror what is available in a cabinet, terminal, or in many other game hall formats. Despite this, the company is by no means stuck in the past. They have brought in a new...
Read more