Canadian online gambling companies have slowly started making their presence felt in the online space, even going as far as challenging many of the established gaming giants. Playgon Games is one of these companies, based in Vancouver and present in Europe via their Maltese offices. The company has been building their product base since 2016, concentrating on a mobile-first experience.

One-handed play is something that seems pretty unique to this company, but it’s far from the only thing they’re bringing to the table. A growing number of live casino games is joined by electronic table games, and even some fantasy sports titles. Playgon isn’t quite like the established brands, as they also offer live casino solutions to other software providers.

END_OF_DOCUMENT_TOKEN_TO_BE_REPLACED

Playgon Games started with the three traditional sets of tables, and that would be blackjack, roulette and baccarat. These offer the traditional gameplay experience, with roulette for example offering American and European versions of the game. Something that might be of major interest to a lot of players is the fact that these games are streamed from studios in Las Vegas, which we can all agree is the capital of land-based casinos.

Besides this, the company is looking to expand its selection into further games. At least if the electronic table games are of any indication. Future games will include Red Dog, Sic Bo, Andar Bahar, Hold’em Poker, Craps, Pai Gow and a handful of other familiar table and card games.

There is not yet much in the way of variety when it comes to individual table games, but we expect this to pick up sooner or later. The reason for this is rather simple, Playgon offers the possibility for other software providers to use their platform, and create their own live studio table games. They’ve already signed deals with companies such as Swintt. 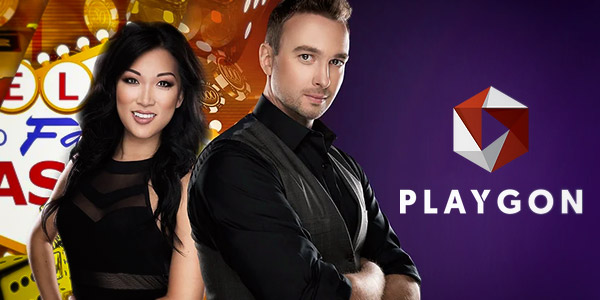 It’s true that most casino providers offer mobile gaming. It’s become something of a standard, which is no surprise as pretty much everyone has a smartphone capable of streaming games these days.

But this company has gone a bit further, making sure that the whole experience is primarily focused on this market. Perhaps the most obvious example of this is the simple, yet often missing, ability to play with one hand. That means the user interface has seen a lot of development work.

The following strongpoints for these games make the gaming experience even more subtle:

Other Games from Playgon

Though the live selection is obviously the flagship product, the company does also offer a selection of other casino games. This part of the catalog is expanding, and Playgon is actively looking to enchant their players with further quality games.

Electronic table games, or automated table games, enjoy the same benefits as live casino versions. The interface and the games are built with mobile players in mind. Though the games as such might not offer drastic changes to classic table games, they are still a tad bit more fun to play than competitor products built for desktops.

Fantasy sports is another interesting area that the company seems to have expertise on. Though these are not necessarily casino products, it’s not difficult to imagine the products making the jump into virtual sports and other similar popular casino games. It’s definitely still a product in development, one that might surprise a lot of casino players in the future.

END_OF_DOCUMENT_TOKEN_TO_BE_REPLACED

Officially the company is regulated and licenced by the Malta Gaming Authority, which alone should be proof enough that it is a completely safe and sound company. Add to that the fact that they operate also in Canada, and in Las Vegas, and you can be sure that everything is working as advertised.

Check out the 14 casinos found here, which after 1692 LCB member votes, have resulted in an overall rating of 3.5 out of 5. A total of member votes have also generated a 0.00 rating on the 0 games reviewed on LCB.

Canadian online gambling companies have slowly started making their presence felt in the online space, even going as far as challenging many of the established gaming giants. Playgon Games is one of these companies, based in Vancouver and present in Europe via their Maltese offices. The company has been building their product base since 2016, concentrating on a mobile-first experience. One-handed...
Read more