Pulse 8 Studios may be a fresh brand in the industry, but it already shows an excellent potential to conquer the industry with a highly innovative approach. Inspired by the rich and diverse culture of Asia, they took one of the most dynamic concepts as the company’s motto.

Having in mind that they have just entered the industry…

…their website hasn’t got much to offer except for some basic bits of info. But, as usual, we keep on playing detectives, and even a single glimpse on their page can give us enough material to provide a report for you.

Besides Terms and Conditions, there are several hints on what the studio aims to bring, but what caught our attention the most are the three adjectives they used to describe their company’s philosophy. 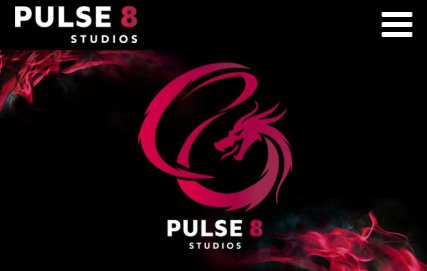 The Powerful Energy of Asia

Being among those evergreen topics…

…the independent studio decided to take Asia as an inspiration, but with a slightly different approach than the one usually seen.

END_OF_DOCUMENT_TOKEN_TO_BE_REPLACED

Their philosophy has three main pillars, aiming to clarify what the team will be focusing on. The team describes themselves as:

Inspired by The Dragon’s Pulse

If the company’s ideology sounds somewhat familiar to you…

… it means that you are also a fan of Alkahestry, Mei Chang and all. In order to get an even picture of the studio’s inspiration, we shall introduce you to this multilayered and ingenious concept.

One of the people's basic philosophies in the land of Xing…

…is that flow of life energy exists within the earth. It metaphorically flows from the tops of mountains down to the land, nourishing everything it passes with that energy. This can be compared with blood coursing through the veins.

This energy is called the Dragon's Pulse (or Lung Mei)!

As such, this energy is prevalent in all things…

… and breathes in rhythm with life forms. Alkahestry is centered on this concept, and it’s an entirely different thing than the Alchemy. 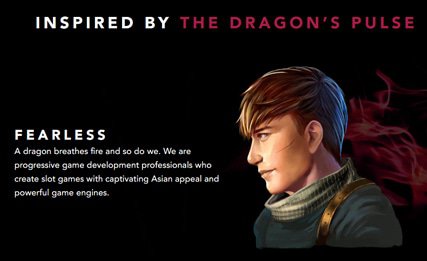 Amestrian Alchemy claims to have its roots in the energy of tectonic shifts and practices manipulation of matter toward scientifically practical ends. On the other hand, using Dragon’s Pulse concept, Alkahestrists are capable of a higher level of medical transmutation than Amestrian alchemists - transmitting chi through the pathways of the human body to cure mild ailments as well as minor injuries.

Their powers seem to be immense…

…as they can even project their transmutations over long distances and wide areas by accessing and guiding that current to their own means with Purification Circles and Alkahestric markers, a function of which Amestrian Alchemy is altogether incapable.

The idea of "Alkahestry" is built on the practice of fashioning elixirs and, therefore, is mainly used for medicinal purposes; as such, the focus of the craft is the discovery of the Elixir of Life - the key to immortality and eternal vigor - as opposed to Amestrian Alchemy's preoccupation with the Philosopher's Stone's alchemical augmentation properties.

Perhaps we went into details a bit more than usual…

…but the main idea was to give you as precise insight as possible about their innovative concept. As we have already mentioned, Asia is among the most common starting points in this industry, but giving a bit different perspective is what makes one brand stand among the others. 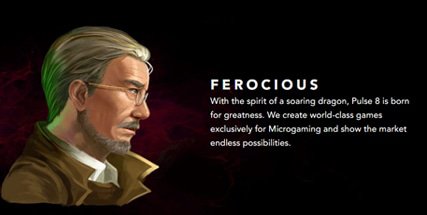 …the new brand teamed up with industry’s undeniably greatest name, Microgaming. The crown of their agreement comes in a form of Relic Seekers, a fantasy-themed online slot.

If you have been up to date with the events regarding Microgaming, you surely know that the gigantic company inked several successful partnerships with independent studios. The list includes names such as:

Each of these partnerships aims to bring multiple benefits to both sides. The great content producer gets a unique opportunity to diversify its already impressive library, whereas smaller independent brands have the chance to deliver their releases to a wide spectrum of players.

Unearthing Secrets of The Dragon’s Vein 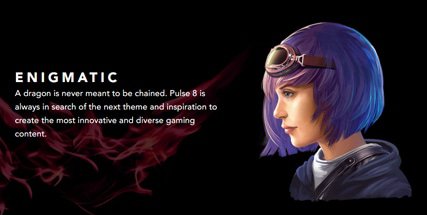 …takes consumers to an adventure with three brave treasure hunters young and courageous Free Man, the intelligent Professor Morgan, and energetic Nora. The structure is rather common, with 3x5 grid and 25 lines for potential winnings.

In terms of visual, the title fulfills the highest standards of aesthetics. Accompanied by the thematically adequate soundtrack, the game depicts the atmosphere of Huangdi’s era as if one has indeed time-traveled there.

As expected, the creation hosts a collection of dynamic and actionable features…

…which give just the right touch to the entire gameplay. The first one, Rolling Reels is activated on any winning combination. It causes the icons to explode and make room for new symbols to drop in. Immediately after this action, the Symbol Turn Wild feature is initiated after consecutive Rolling Reels, progressively turning more high character symbols wild.

Though it’s too early to give some final verdict…

….based on what we found on their site, they stand solid chances to be noticed and recognized as a studio which will create and deliver noteworthy content. After all, the alignment with Microgaming is strong proof of their quality.

Pulse 8 Studios is one of the world's most commonly used online software providers. No shocker there but did you know that there are 415 featuring these games listed here on LCB? In fact, the general consensus among you after 27981 votes, is that these operators have earned an average rating of 3.4 out of 5 making it one of the most preferred in the industry. Another 34 votes from our members on the 5 slot we've reviewed have resulted in a 3.08 average rating.

Pulse 8 Studios may be a fresh brand in the industry, but it already shows an excellent potential to conquer the industry with a highly innovative approach. Inspired by the rich and diverse culture of Asia, they took one of the most dynamic concepts as the company’s motto. Having in mind that they have just entered the industry… …their website hasn’t got much to offer except for some...
Read more

Join the Relic Seekers to Explore the Ancient Tomb in Microgaming and Pulse 8 Studios' Latest 5-reel...