SA Gaming is a live casino producer, one that has taken the industry by storm. This is attested by the several awards and trophies they have picked up in the industry events. The company is based in Makati City, Philippines. It is by no means a startup or new to the scene, having been active since 2009. They have spent their time well, perfecting both mobile apps and H5 compatibility to the utmost degree.

END_OF_DOCUMENT_TOKEN_TO_BE_REPLACED

The company is present in Europe and Asia, and on its way to expand throughout the worldwide markets. They are ready and capable of challenging all the major live casino producers with a portfolio that runs from Asian specialities to European classics. Baccarat, Dragon Tiger, Roulette and Sic Bo are at the core of the gaming selection. 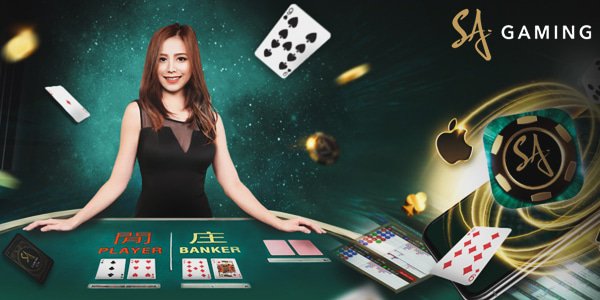 Aimed at both mobile and desktop markets, this live casino platform caters to all audiences. Not only does this mean HTML5-powered games that run directly from the web browser, but there is also a mobile app that is native to both iOS and Android devices.

Built-in to the system are several ways to enhance and ease the experience even further. Players can use the Multi-Bet feature to view and place bets on several tables at once. Real-time gaming stats allow you to follow your gaming history and plan accordingly. Some of the games come with different views, allowing players to take a look at the game from a different angle. Seamless orientation to landscape and portrait mode is supported in the app and via the native website. Players can even scan QR codes to log in without typing in their passwords.

Constant development and a keen eye on customer and casino needs mean that the platform just keeps getting better and better. And despite all of the functions, tables in view and statistics, it’s still lightweight, with only the speed of your internet connection limiting playability. Faster, smoother, better!

It’s all good and well that you get the sort of support from your favourite casino that resolves your issues in an instant, responds to your queries without delay, and delivers your withdrawals as fast as they accept your deposits…

...but for the gaming experience to work seamlessly, the casino needs to have the same sort of service from their game providers. A fact that is taken very seriously at SA Gaming. By providing the best possible service to their casino clients, they at the same time guarantee that the players get to enjoy the best live casino gaming there is. 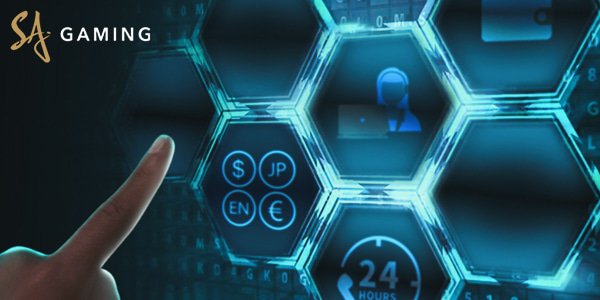 END_OF_DOCUMENT_TOKEN_TO_BE_REPLACED

Whether the above means integrating the product into the casino or making sure that new countries and currencies are rolled out on time, you can be certain that the representatives at SA Gaming are working around the clock to provide the best possible support for their products.

Expanding into worldwide markets also means that a vast variety of different languages need to be supported, even if most of us are already used to playing in English. Of course, it’s not just the players who need to have statistics and information about the games available. The same applies to the back office provided by the company, giving further possibilities for things like live casino bonuses.

These table games are streamed in HD quality from state of the art studios in Europe and Asia. Currently, the company is set on delivering classic table games from the same continents. Promising new products are being developed, such as the Money Wheel, and no doubt also gameshows.

Rather surprisingly, the cornerstone of live casino gaming is formed via a variety of Baccarat tables. Not only are there plenty of tables available, but players can also access such variants as No Commission Baccarat and Cow Cow Baccarat. The latter is a crossbreed between Baccarat and Cow Cow, an Asian poker game.

Dragon Tiger is also an option for easy gameplay, with fast gameplay and only two options to bet on: Dragon or Tiger. In case of a tie, players get half of their bet back. Sic Bo in turn is an option for those players who prefer dice games over card games.

Roulette and blackjack are two of the oldest casino table games, so it’s no surprise they are part of the selection.

It’s worth noting that SA Gaming is connected to SimplePlay, which is basically the part of the company that concentrated on all other online casino games.

Blend of East and West

European markets have long been dominated by select few companies, a situation that is undergoing great changes. Long-rooted companies, set in their own ways, are facing a lot of competition from live dealer studios like SA Gaming, who have made the gamble to expand into brand new markets.

With them, they have brought a new way of doing things, whilst not forgetting to take heed of the lessons learnt by others. Such as building their new studios in Europe, to deliver both familiar and exotic experiences together.

In the process, the company has already made quite a few friends. They have for example partnered up with SoftGamings. Getting more and more popular with players, who knows how far the success of the company will carry it.

The company holds a license from PAGCOR, which is the national gaming license from the Philippines. Within the last few years, this has proven to be one of the most promising and important jurisdictions in Asia.

Independent testing has been provided by GLI, Gaming Laboratories International, ensuring that everything from servers to random number generators and game logic works fair and square. The company is universally accepted as one of the most important in its field. Further testing has also been done by BMM Testlabs, perhaps the second most important testing laboratory in the field of iGaming.

END_OF_DOCUMENT_TOKEN_TO_BE_REPLACED

SA Gaming is one of the world's most commonly used online software providers. No shocker there but did you know that there are 131 featuring these games listed here on LCB? In fact, the general consensus among you after 5823 votes, is that these operators have earned an average rating of 2.9 out of 5 making it one of the most preferred in the industry.

SA Gaming is a live casino producer, one that has taken the industry by storm. This is attested by the several awards and trophies they have picked up in the industry events. The company is based in Makati City, Philippines. It is by no means a startup or new to the scene, having been active since 2009. They have spent their time well, perfecting both mobile apps and H5 compatibility to the...
Read more

Regrettably, SA Gaming restricts players from Virginia to play real money games.
If we have jumped the gun, you can remove that filter by clicking here.