Spin Games have have developed an impressive interactive gaming technology, visit us to see all the online casinos with Spin Games slots.
Average game rating

Spin Games is a rather interesting company. They work with a UK license, but their games are mostly available in American casinos, and land-based at that. Recently they have made the move to the online space, growing their presence across the world.

END_OF_DOCUMENT_TOKEN_TO_BE_REPLACED

The style of their slots, and other games, is clearly one built for the more traditional experience. Though it’s safe to say that the border between classic or traditional experience and modern gaming is fast disappearing, mostly showing up in things like symbols and graphics these days. How does this bode for the company? 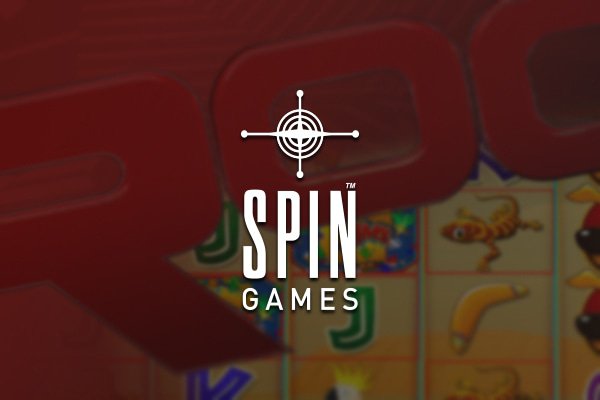 A bit of history first

The company was originally established in Reno, Nevada at the start of 2012. They’ve had a good run building games for the local casinos, which are famous throughout the world. During the first few years Spin Games was supplying content for the big names in the industry such as IGT. Later, they used this experience and expertise to begin their own line of games, which quickly grew in popularity.

What was the next step for them?

Like most other gaming companies, Spin Games is aiming to be the top content provider for the large online gaming sector. Though their gaming products seem to be a throwback to the era of classics (and we’ll get to how appearance can be deceiving in a bit) the technology that runs it all is seemingly new.

END_OF_DOCUMENT_TOKEN_TO_BE_REPLACED

What does this mean for online casinos and players?

Scalable solutions that allow immense numbers of players, games that work without a hitch on one device or another, switching between devices if the player decides to, licensing for several markets, customised gaming and bonus systems. If this is just technical jargon for you, all you need to know is that it’s all extremely useful for fun gaming. And for play money gaming too.

Let’s take a look at the games then

Classic gaming, like we said a few times already, is on the books. But this is mostly a matter of graphics, which could in some circles also be called retro-graphics. Once you take a deeper look at these slots, you’ll notice that there’s a surprising variety available.

True enough, the reels are mostly set to be five, but when it comes to paylines there are options form singular paylines to thousands of paylines, and even payway systems. Return to player numbers are pretty solid, and in line with the industry average. When it comes to special features you are quite often going to run into bonus spins, but luckily they are spiced up with all sorts of modifiers.

The company is licensed in the UK, and on top of this in the US as well. They are fast expanding, so you can expect them to cover even more ground soon enough. Not that these two strict jurisdictions wouldn’t already be all the assurance you’ll ever need of safe gaming.

Check out the 9 found here, which after 78 LCB member votes, have resulted in an overall rating of 3.6 out of 5. A total of 93 member votes have also generated a 3.01 slots rating on the 21 games reviewed on LCB.

Spin Games is a rather interesting company. They work with a UK license, but their games are mostly available in American casinos, and land-based at that. Recently they have made the move to the online space, growing their presence across the world. New Spin Games Casinos for Virginia More... The style of their slots , and other games, is clearly one built for the more traditional experience....
Read more

Nektan and Spin Games Partner in US Joint Venture