Casino Banking Casino Banking Forum Languages Supported
History of the New Zealand Dollar The New Zealand dollar currently acts as the official currency for New Zealand, Niue, Cook Islands, Tokelau, the Ross Dependency, and a British territory, the Pitcairn Islands. It’s often just referred to as a dollar and is written as a dollar sign, making it hard to distinguish from the US dollar in some scenarios. The New Zealand dollar took over the country’s official currency in 1967 after the pound sterling went out of use. The latter followed a much...
Read more

History of the New Zealand Dollar 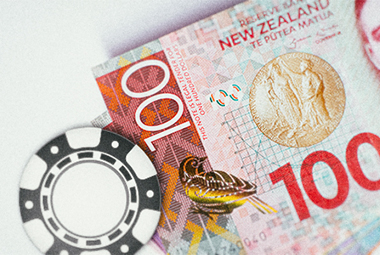 There are several interesting things to know about the New Zealand dollar, but one of the most important is that it’s the 11th most traded currency in the world! While this doesn’t make it the most popular one out there, it does give it a top spot that acts in its favor when online gambling comes into play. Currently, you can run into five different New Zealand dollar banknotes and five coins. The banknotes include $5, $10, $20, $50, and $100. The coins are 5c, 10c, 20c, $1, and $2.

As we already mentioned, the New Zealand dollar misses the world’s top 10 most traded currency list by a hair. As you can probably guess, this gives it quite an edge when activities like online gambling are in question. When exploring different online casinos, you’ll notice that the NZ dollar is a viable option in most. Since it’s pretty well-established on the online casino scene, you should have no issue choosing between a myriad of banking options that offer unique benefits. If you’re wondering about which ones of them are the best, here are the top five: 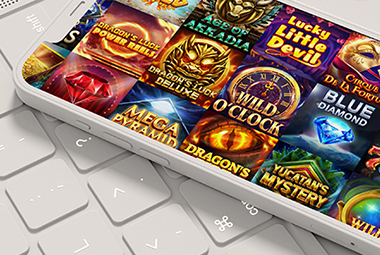 Gambling is an incredibly popular venture in New Zealand! Unfortunately, the regulations surrounding the activity can be a bit complicated. Right now, three main bodies oversee gambling on the territory. They include the Department of Internal Affairs/Te Tari Taiwhenu, the Gambling Commission, and the Ministry of Health. These three bodies are responsible for keeping up with online gambling originating from New Zealand, which is legal if done through the appropriate channels.

When gambling on international platforms comes into play, things get somewhat murky. While it’s not illegal, players should keep in mind that they’re entering at their own risk. The country doesn’t do much to protect players in this regard, so make sure to thoroughly check the online venue of your choice before playing in it. There are a few more tidbits about online gambling laws in New Zealand that could help you out, so we recommend you do a more thorough check of the country’s regulations through our website!

Earn $3 in LCB chips when you sign up through our link and make a first deposit within 30 days at Jackpot Wheel Casino.

Earn $3 in LCB chips when you sign up through our link and make a first deposit within 30 days at Lucky Creek.

Earn $3 in LCB chips when you sign up through our link and make a first deposit within 30 days at Mandarin Palace.

Earn $3 in LCB chips when you sign up through our link and make a first deposit within 30 days at Grand Eagle.

Earn $3 in LCB chips when you sign up through our link and make a first deposit within 30 days at Jumba Bet Casino.

Players have had trouble with Malibu Club Casino.

or continue to Malibu Club Casino