BGaming Slots With the Best RTP

Popular for its mobile-friendly and bitcoin-friendly online slots with a clear interface and excellent optimization for versatile fiat currencies and cryptocurrencies, BGaming is recognized across the world for its unique approach. Lots of evergreen themes combined with the best payout make their content extremely wanted casinos wide. Managing to find the perfect balance between ideal visual and math components, along with rich gameplay and surprising features, the producer is eager to gain the...
Read more

Popular for its mobile-friendly and bitcoin-friendly online slots with a clear interface and excellent optimization for versatile fiat currencies and cryptocurrencies, BGaming is recognized across the world for its unique approach. Lots of evergreen themes combined with the best payout make their content extremely wanted casinos wide.

Managing to find the perfect balance between ideal visual and math components, along with rich gameplay and surprising features, the producer is eager to gain the reputation of a trendsetter. The entire team believes that in order to create an attractive product, the developers need to feel personal engagement with the game.

Which are the best payout online slots BGaming has produced so far?

You have probably heard of the studio's masterfully-painted history-themed online slots-Domnitors and Domnitors Deluxe. Well, they are on the list, along with a couple of vintage-looking and some Egypt-inspired releases.

END_OF_DOCUMENT_TOKEN_TO_BE_REPLACED

Inspired by the Celtic culture and Irish folklore, this well-illustrated story is simple yet enchanting. To complement the serene atmosphere, the developer opted not to include any distracting melodies, other than the sound of pouring coins. 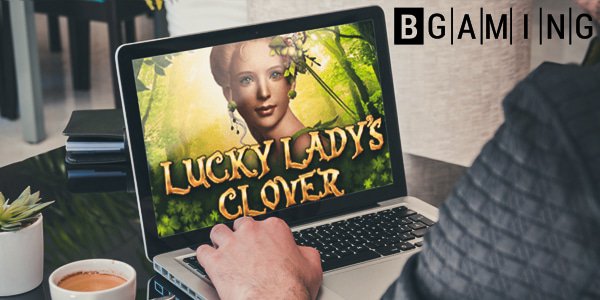 Among the symbols, punters can find Rainbow, Pot of Gold, Golden Coin, Clover Leaf, Horseshoe, and the Lucky Lady herself, along with the adequately themed card deck letters and numbers. The return to player percentage here is 97.31%, and there’s also an x10,000 payout chance. Also, Lucky Lady’s Clover hosts a gamble feature, which can multiply the winnings by two or four.

If medieval times-themed tales are what interests you the most, then the studio’s state-of-the-art product Domnitors is something you will surely be curious to check. Endless wars, total devastation, crow-flooded battlefields are just some of the sights you will see while spinning the reels of this one-armed bandit. 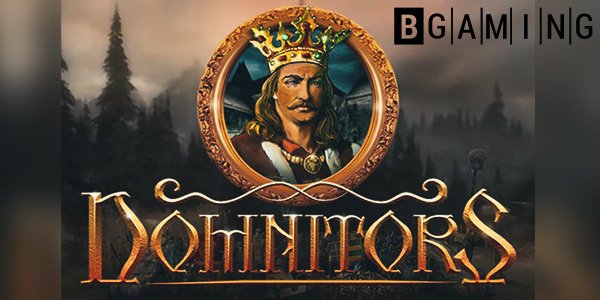 In case you didn’t know, Domnitor is the official title of the ruler of Romania between 1862 and 1881. Vlad plays the role of a Wild, while the Map of medieval Romania represents the Scatter here. Aside from the epic atmosphere, this game has a solid RTP of 97.31%. Similar to many releases from the provider’s opus, this one also has a bonus gambling round.

It seems that the previously listed game was more than well-received, as the provider came up with one more atmospheric story. Portraying the heroic battle between 3 principalities: Moldova, Transylvania, and Walachia, Domnitors Deluxe is a tale of cruel leaders, majestic castles, and deadly wars. 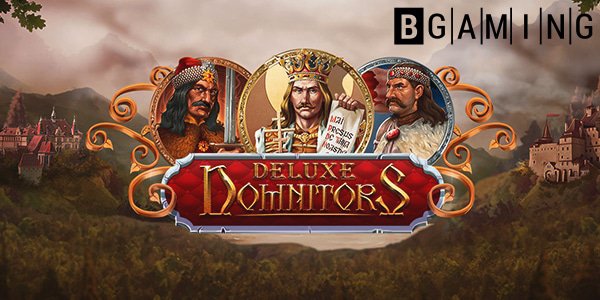 In terms of features, it brings the same set as the previous one- Vlad as the Wild, and a map of Romania as Scatter. What’s even more, the RTP is the same as well 97.31%. For those who want to spice things up, a Bonus round is also available. Should one guess the right color of the suit of a card, some solid winnings may appear. Should one make a mistake- he/she walks away with empty pockets.

Get ready to chill out in the studio’s sunniest tropical adventure dubbed Hawaii Cocktails. To make sure the atmosphere is truly authentic, the provider incorporated the palms in the background, and the cheerful Hawaii music to follow the gameplay. 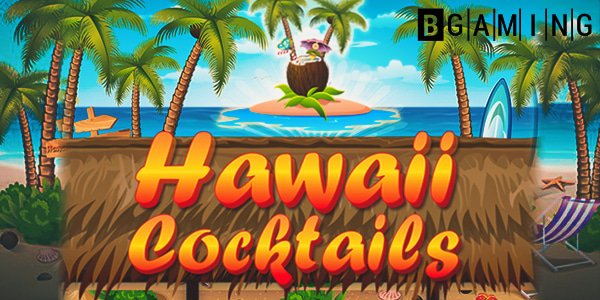 Versatile refreshing cocktails are found among the symbols of the game. This 5-reel title brings a return of 97.3% and has 9 paylines. Coconut is the Wild and it comes with jaw-dropping boosters of up to 50,000x. It serves as a replacement for any other icon excluding Scatter. Speaking of, that one belongs to Calibri, the smallest bird in the world. Depending on the number of Calibri birds that land on the reels, winning combos are multiplied by up to 1,000x.

You probably remember all the craze that the augmented reality game which inspired this one-armed bandit caused, don’t you? It was a ground-breaking point in the development industry, and inspired content makers to keep on pushing limits. With lots of nostalgic vibes of the 8-bit soundtrack, one can say that this is an excellent and well-rounded homage to the globally popular game. 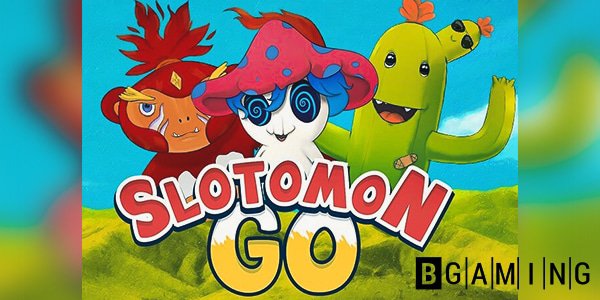 Slotomon Go! introduces punters with 9 friendly beasts with unique superpowers, and a return percentage of 97.13%. One of the most important symbols of the game is the Yellow Gem, acting both as a Wild and Scatter and replacing any of the creatures to ensure the best winning combo. Also, this release bears a Provably Fair label.

As the market was slowly becoming saturated with numbers and fruits content providers needed to find something else to adorn the reels and keep punters interested. Egypt-themed slots were among the first themed tales which appeared on land-based machines, and their popularity hasn’t faded even when they transitioned to the digital universe. 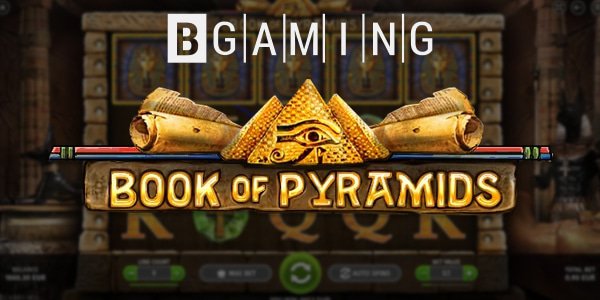 Tutankhamun mask, the Eye of Ra, Ankh (Symbol of Life), Bastet (Cat Goddess), and the Scarab is the symbols found in this release. 3, 4, or 5 Scarabs initiate 11, 22, and 33 additional spins accordingly. The return here in Book of Pyramids is 97.13%, and like the previous on our list, this one has a Provably Fair seal.

One more Egypt-inspired work-of-art takes punters straight to the Tomb of Tutankhamun where untold riches await. Filled with jewel-encrusted scarab beetles and ancient goddesses and other typical visuals for such games, this one gives you a unique chance to beat fellow tomb raiders and grab the shiniest treasure. 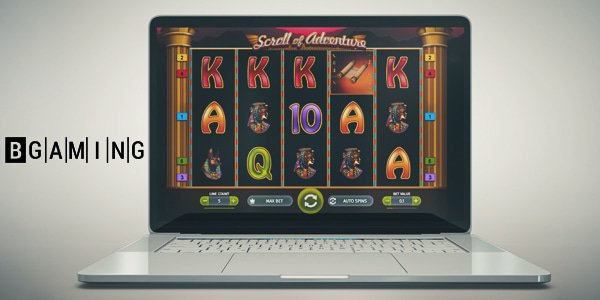 In terms of RTP Scroll of Adventure features 97.13%, and has 5 lines. The scroll is the most valuable symbol here, and it acts as Scatter. To lay hands on the max payouts, one has to collect 5 of these. They can multiply the bet up to x1,500.

The theme here may be seen so many times, but when the creative team gathered in this studio decided to play with it, we can surely expect something noteworthy. An excellent thing about this all-time favorite classic is that it changes its skin depending on the holiday. 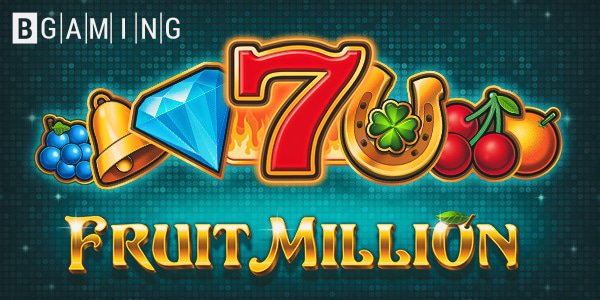 Aside from a more than solid return of 97.1 %, this one comes with max exposure of x3,000, and mid to high volatility. Fruits, diamonds, horseshoes, and of course four-leaf clovers are the icons here. Among the valuable symbols, one can discover Wild and Expanded Wild which expands on the whole reel, occupying the upper and lower cells.

It may be one of the many slot games which contain traditional symbols, numbers, and letters, but in this vision, they come in a more sophisticated edition. Jewelry in the forms of a four-leaved clover and a horseshoe are some of those with the fancy makeover. 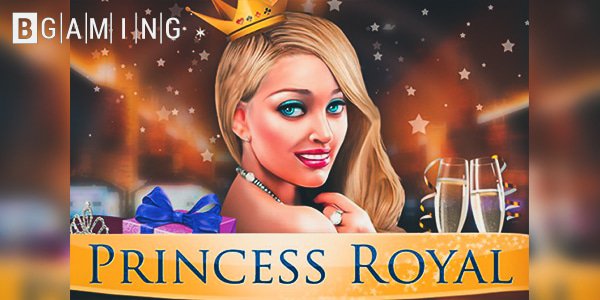 Princes Royal comes with a return of 97.1%, and a more or less ordinary assortment of high-value features. One of them is Wild, represented by the Princess herself. The other is Scatter, depicted as golden crowns with special powers to trigger a fine amount of additional spins.

Have you ever wondered what happens when the sun goes below the horizon? If we were to believe this creative team of game makers, the majestic moon becomes the lady of the night, as depicted in their marvelous achievement dubbed Lucky Lady Moon. 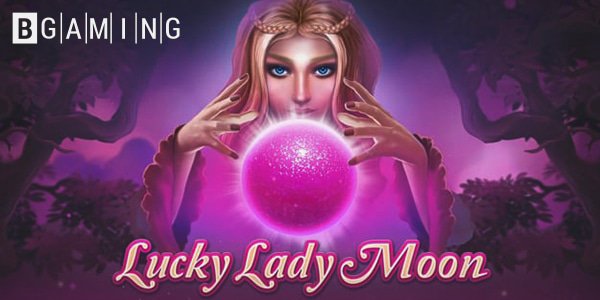 Let’s start with the return percentage, which amounts to 97%. There are Wilds, as well as Scatters which can initiate up to 15 extra spins. All winnings deriving from bonus spins are multiplied by 3. Its max exposure goes over x27,000 while the variance is medium.

As you can see, their content comes with more than a solid payout percentage, which explains then immense popularity. In case you want more best RTP slots, here’s a selection of titles whose return percentage is noteworthy as well.

“Сlassics is always a trend”…

…as this forward-thinking gang says, and judging by the topics they predominantly use, that’s definitely what their games are about. Even though most of the installments do hosts those classic symbols, there are a couple of stories that deal with some other engaging themes.

A thing in common for all their products, be they the ones with the highest payout, or those with lower, is the balance between all the components. That’s what makes them popular even years after they are released.

Not only best-paying slots but all products from the developer’s lobby can be activated on mobile gadgets as well. They work smoothly across all sorts of tablets and smartphones, so you can explore all the adventures while out and about.

Can I play games from this developer in demo mode?

Absolutely. That’s the best way to feel the atmosphere, see how all the features work, and then decide which one to play in online casinos that offer their content.

Of course. Their assortment of releases is optimized not only for a wide range of fiat currencies but versatile crypto assets as well.

Are there any bonuses for online slots from this studio?

Yes, you can find lots of promotional campaigns for their content. Those may not always be titles with the best RTP, but they certainly have lots of other interesting elements inside.

How to win big playing titles from BGaming?

While analyzing the games, pay attention to variance, hit frequency, and properties of the features. Once you do so, you will have a rough idea of how big the potential winnings will be.