Canada is one of the busiest iGaming markets, with quite a decent assortment of online casinos offering their products to local clientele. Holding the reputation of most played category in venues all over the globe, slot games have always been and will always be all-time favorites, especially those with high return to player percentage. Which are the highest payout online slots designed for the Canadian market? Knowing that a solid number of software developers is greenlighted to offer its...
Read more

Canada is one of the busiest iGaming markets, with quite a decent assortment of online casinos offering their products to local clientele. Holding the reputation of most played category in venues all over the globe, slot games have always been and will always be all-time favorites, especially those with high return to player percentage.

Which are the highest payout online slots designed for the Canadian market?

Knowing that a solid number of software developers is greenlighted to offer its products in this region, consumers have more than excellent choices at their disposal. 1429 Uncharted Seas by Thunderkick, Blood Suckers by NetEnt, and Tut’s Twister by Yggdrasil are just some of them, but there’s more.

The time has come to introduce you to our complete selection of best odds slot games for Canadians, so stay with us to see our ultimate compilation!

With more than a bombastic return to player percentage of 99%, it doesn’t come as a surprise that Mega Joker is the leader on our list. This vintage-looking homage to beloved fruit symbols is arranged as a 2x3 grid with 5 lines. 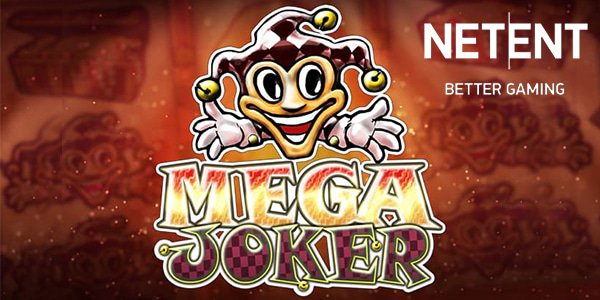 It consists of a base game, randomly awarded progressive JP and supermeter mode played in the upper reels. The said mode can be played at one of the 4 bet levels on all 5 bet lines, and it features mystery wins. Plus, players can collect supermeter credits. Even though it was released a decade ago, in 2011, it still holds the reputation of a title with the highest payout percentage.

If you feel like embarking on an adventure across the most dangerous seas- to be precise 1429 Uncharted Seas, Thunderkick has got the ticket for you. So many unexplored oceans waiting to be conquered by the most courageous human being. Who will be the one to discover what’s lurking deep below the dark surface?

Aside from amazing visuals, and memorable characters, this home is a game with versatile features among which Expanding wild, and a Bonus game with Bonus Spins. This action-packed game has an RTP of 98.5% and 25 paylines.

How about some vampire-slaying stories? If you belong to those who are faint-hearted, then think twice before spinning the reels of this spine-chilling tale. As the name says, Blood Suckers is filled with garlic, crossbows, a strange elixir, and lots of blood, of course. For those who appreciate gory Gothic graphics, this obscure release is a must-spin one.

Structured as a 5x3 diagram, it brings 25 paylines and an RTP of 98%. Exploring the features, punters shall discover Wilds, extra spins, multipliers, and many other surprises. Marked as an all-time classic, this release is available across versatile Android and iOS devices.

Get ready to submerge yourself in a breath-taking underworld realm. Secrets of Atlantis is home to enchanting creatures and the most delicate shiny pearls. While exploring the mysterious corners of this marine-themed release, punters encounter various unusual sea inhabitants and plenty of valuable rewards.

Aside from a return of 97.07%, this aquatic adventure has medium volatility. Arranged as a 5x4 grid, it accommodates 40 fixed paylines and a whole universe of mighty features. Those are Highlight feature, Nudge Wilds, Colossal symbols Re-Spins, and Win Both Ways.

Jack is back, eager to save Pearl from a terrible watery dead. Relying on the aesthetics of vintage comic books, Jack Hammer 2: Fishy Business is a sequel to the studio’s well-known story. Each of the characters of this work-of-art has quite complex and unique personalities- hats off to the team for managing to create such an authentic and memorable atmosphere.

This mobile-friendly adventure is a five-reel, three-row slot with no less than ninety-nine paylines and a return of 97.07%. The popular Sticky Wins™ feature from the first game is seen in this one as well, reinforced with Random Wilds and Bonus Spins.

Inspired by the 19th century’s Victorian era and its industrial design, Steam Tower is one of the most distinctive homages to steampunk. Are you brave enough to climb up the steam tower and rescue the princess from the evil dragon? If the answer is positive, wait no more, wake up the hero inside yourself and save the damsel in distress.

Optimized for both desktop and mobile, this game hosts 5 reels, 3 rows, and 15 lines. Visuals are not the only ones deserving the reputation of “superb”, features are equally fantastic. If we say Stacked Wilds and Additional Spins with an increasing Multiplier- is it necessary to give any further explanation? Its return to player is 97.04%, whereas variance is medium.

If you belong to those who love Norse mythology, then Bork the Berzerk is a must-visit adventure. This angry warrior is all in glorious blood-stained quest of killing monsters galore, but truth be told- he could use some assistance. Enriched with a dramatic soundtrack, this story has quite victorious atmosphere.

Aside from an RTP of 97.3%, this rune-adorned mission bolsters Expanding Wilds, which grow vertically if included in a payline win. There’s also a Bonus Symbol that grants additional rounds if 3 or more hit the reels. This game has 5 reels and 20 paylines.

Egypt is one of the most commonly used topics in digital one-armed bandits, present in almost every developer’s portfolio- Yggdrasil Gaming is not an exception. This marvelously- designed title pays tribute to an ancient Egyptian pharaoh who was the last of his royal family to rule at the end of the 18th Dynasty during the New Kingdom of Egyptian history.

In terms of volatility, Tut’s Twister has medium to high, and its return is 97.1%. As for the selection of features incorporated in this one- all we can say is that the studio was more than generous. There’s Twister feature, Twister collection, Mystery feature, and Mystery feature- coin prize.

Have you met Monsieur Stache, one of the most reliable barbers the town has ever seen? Among the symbols of this vivid story, punters can discover comb, razor, scissors, and brush with shaving cream as well as the Barber himself and four different customers.

Its return percentage is 97%, and it displays a wide array of rewarding features. Respin is one of them, activated by any payline with 3 or more bonus icons. Then there’s Inwinity Spin, launched when all bonus rounds have been played. Spread across 15 paylines, Barber Shop Uncut hosts medium volatility.

Coming from the creative workshop of one of the most active content providers Zeus Lightning Power Reels is for all those who like mythology-inspired stories. Welcoming punters to the father of the gods' Olympic temple, this tale is filled with well-illustrated symbols and characters, and an amazing atmosphere.

Those Power Reels have quite a simple task-to electrify the game with even higher potential multipliers. This highly volatile release has a return of 95.66% and 30 paylines. Designed as a 7x6 grid, it hosts extra spins and expanding wilds. Like all other products from this passionate game specialist, it is optimized for the diversity of platforms and supports more than 30 languages.

The Most Popular Providers of Canada-Friendly Best Odds Slots

As you can see from our list of best-paying slots, Canada is open to a wide spectrum of content providers, not only those specialized in digital one-armed bandits but other products as well. Thanks to Evolution’s strategic expansion in this region, punters have the most sophisticated live dealer products at their disposal. 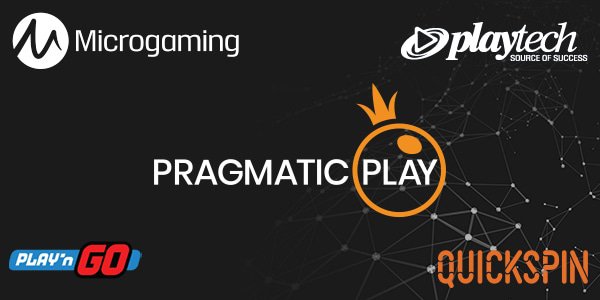 Now, let’s go back to slot specialists. Aside from the names featured in our compilation, punters can also explore content from the following brands:

There’s one thing to point out here- even though the majority of releases from the said providers are allowed in Canada, there are a couple of exceptions. For example, Nyjah Huston: Skate for Gold by Play’N GO is not permitted in this region, and neither are Vikings and Street Fighter both coming from NetEnt.

What each responsible player should do…

… before playing games or making deposits is to check the list of restricted countries. Each content provider has its own rules and policies, and familiarizing with those BEFORE the entertainment begins is the only way to avoid misinterpretations.

review play
Load More Load All There are 5874 games remaining

What are the most common features in the best RTP slots for the Canadian market?

Knowing that innovation leaders are allowed to operate in this region, punters can find not only ordinary ones such as wilds, multipliers, scatters, and jackpots, but mighty ones such as walking wilds, expanding wilds, and many more. Plus, inventive structures are present as well- Power Reels are one of the best examples.

Where to play the best payout slots in Canada?

Check out our directory which offers plenty of good suggestions for you. Look for the venue which hosts a fine selection of games from your favorite supplier and explore the catalog. To make sure you know which hubs are best avoided, we labeled them as blacklisted.

How to find the best RTP slots available for Canadian players?

Look at the lobby of an establishment you’ve selected and see which suppliers are featured. Then ask yourself what’s your favorite topic, which features you like the best, and so on. These “filters” will help you find what you are looking for quicker and more precisely.

Even though no formula guarantees tons of cash, still, there are some useful hints which may boost the chances for you to end up with a decent winning. First of all, analyze the RTP, hit frequency and volatility, and explore the paytable. Based on those data, you will have a better insight into a game’s potential.