Come to think of online slots in Czech or any other part of the world, what is it that makes them so appealing? Is it the huge diversity of themes, unusual features, cool animations, catchy music, or something else? Well, all of the abovementioned, plus one significant ingredient- return to player percentage. Knowing that this resourceful tool can affect the gameplay a lot, it’s no wonder players are interested in getting to know which ones count as the highest payout releases. Which are the...
Read more

Come to think of online slots in Czech or any other part of the world, what is it that makes them so appealing? Is it the huge diversity of themes, unusual features, cool animations, catchy music, or something else?

Well, all of the abovementioned, plus one significant ingredient- return to player percentage. Knowing that this resourceful tool can affect the gameplay a lot, it’s no wonder players are interested in getting to know which ones count as the highest payout releases.

Which are the best RTP slots punters from Czech can play?

Thanks to its humongous RTP, 1429 Uncharted Seas is number one on our list of best odds slots for consumers from this country. Aside from this hit game, punters can also find a couple of top-performing releases by NextGen and Betsoft.

Stay tuned for more games with the highest payout percentage!

Have you ever visited the darkest corners of the ocean to find the immense riches hidden under the mesmerizing blue surface? If the answer is not, now is the chance to embark on the adventure and travel across not one, but 1429 Uncharted Seas. 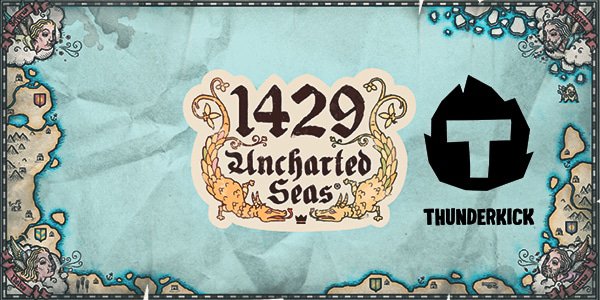 Spread across 5 reels, this marine-inspired adventure hosts 25 paylines and more than an impressive RTP of 98.5%, which explains its highest position among best-paying slots. One of the most interesting symbols here is Expanding Wild, which can land on the second, third, and fourth reel. It can replace all the other icons, excluding the bonus symbol, which can grant up to 50 additional rounds.

Talking about Roman Empire, what’s the first thing that comes to your mind? Brave legions, of course. It's their amazing strength that inspired Relax Gaming to come up with Marching Legions. Thanks to the action-packed sound of drumming, the atmosphere of the game is truly special. 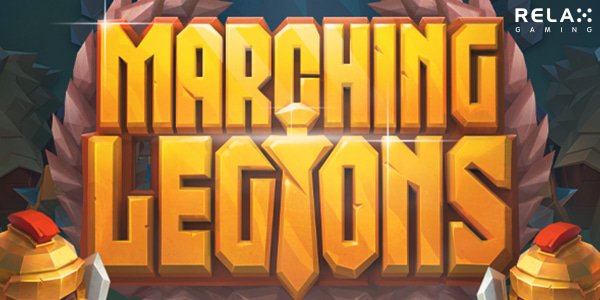 This particular game hosts one of the studio’s most popular features, but with some additional amendments. Nudge feature with Marching Stacks are recorded in the Collection Meter, and when five of them are acquired, a punter receives complimentary rotations. In terms of payout percentage, this one delivers 98.12% and comes with max exposure of 10,000x bet.

Nowadays when almost all online slots are crowded with lots of bombastic elements, it certainly is quite refreshing to encounter the one that looks ordinary. Wanting to build a game that doesn’t look pompous and yet provides a solid dose of engagement, NextGen delivered Starmania. 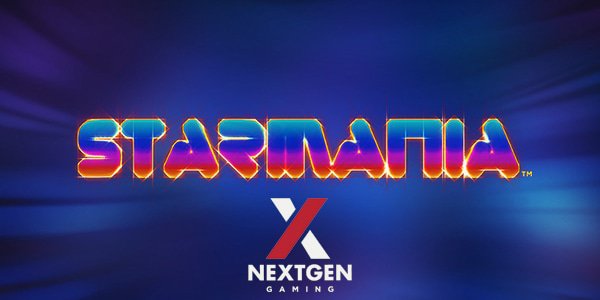 Exploring the features of this colorful one-armed bandit, punters shall discover Wild, Scatter, and bonus rotations. Wild is a substitute for all the others excluding scattered bonus, and it can appear on the second, third, and fourth reel. There are 10 lines, and they pay both ways. As for the RTP, the indicator shows 97.87%.

There’s no person in the world who doesn’t remember Lewis Carol’s legendary characters from even more legendary story. Paying an homage to the clumsy rabbit, BTG designed White Rabbit, a marvelously illustrated masterpiece that gives a completely new perspective to the story. 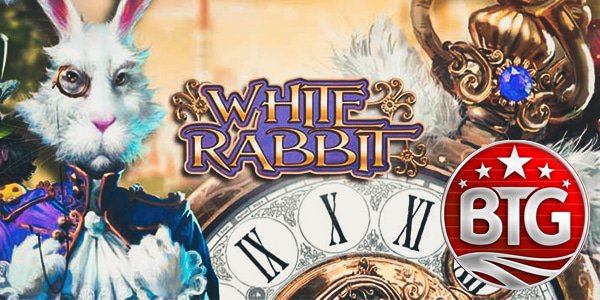 Making sure there are no weak spots, the developer paid special attention to mechanics as well, and equipped this release with its signature feature. Aside from Megaways, there are Feature Drop™ and Extending Reels™. This game comes with jaw-dropping 248,832 ways to win and return to player of 97.72%.

So many candies and delicacies in one place… Come to think of it, one can easily get the feeling that he/she has just walked into the world’s finest candy shop, instead of spinning . Sugar Pop tells us one thing- people gathered in BetSoft are hardcore fans of confectionery. Knowing that some of the most delicious pastries come from this country, Czech slot fans will undoubtedly find this one interesting. 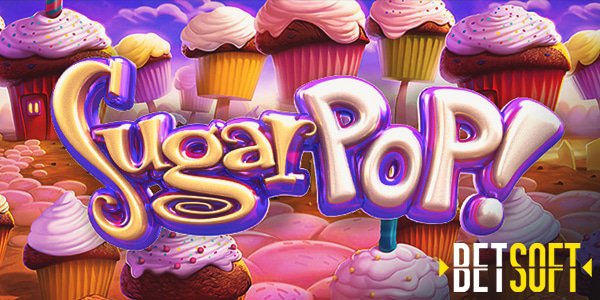 Astonishing visuals aside, this game is revolutionary, as it is the producer’s first which incorporates concepts seen in social games. It comes with level-based gameplay, which makes the story even more challenging and immersive. All those candies appear on specific levels, and one gets access to them upon reaching that particular stage. As for the return, the scale amounts to 97.70%.

Journey to the West is a Chinese novel published in the 16th century and it is one of the Four Great Classical Novels of Chinese literature. Quest to the West, as assumed, draws inspiration from this literary masterpiece and tells the story of the legendary pilgrimage of the Tang dynasty Buddhist monk Xuanzang and all the obstacles that he encountered along the way. 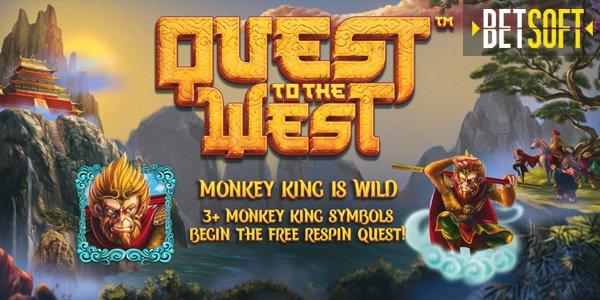 Packed with 25 fixed paylines, this title hosts medium variance and an RTP of 97.53%. Monkey King symbols act as Wild, and three or more of them activate Quest to the West. Each time the king walks off, the Meter of Heavens is filled by one reel. When it is full, the riches of heaven pour down, granting punter an instant payout.

One more tribute to the eternally inspirational culture of China, this game features dangerous tigers as main characters. The orange tiger is the highest value icon of the game and it comes with a payout potential of up to x500 when three of them adorn the reels of Triple Tigers. 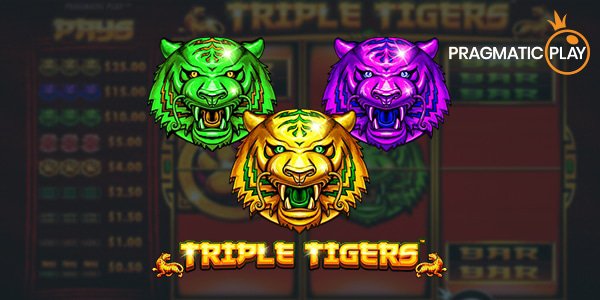 Simplicity is what this game is about, as it comes with no additional features at all. In terms of RTP, the indicator amounts to 97.52%. Designed to work across all types of gadgets, this title is available in 20+ languages.

As long as there are fans of retro games, content providers will keep on delivering slot games with old-school vibrations. The Ruby is one such example, as it is home to bells, bars, cherries, stacks of cash, and other vintage icons. 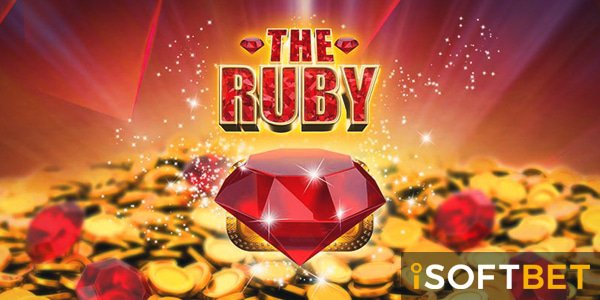 Aside from the return of 97.50%, this game comes with three Jackpots, named after valuable gems- ruby, topaz, and cherry. When three bonus symbols land on the reels, they activate a mode that may bring one of the main prizes.

You have surely noticed that medusas are relatively common characters in slot games. This studio has not one but a couple of releases with these peculiar creatures. Medusa Megaways bolsters a set of quite intriguing symbols such, precious ring, breath-taking Pegasus, courageous soldier, and a couple of more. 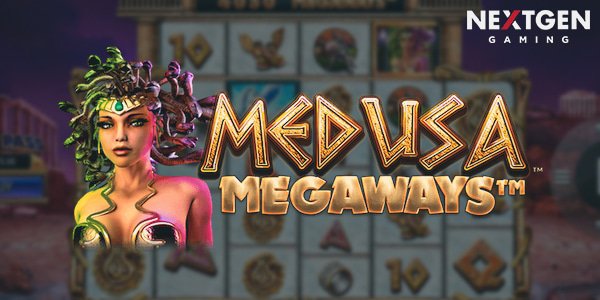 As for the RTP, it comes with a fluctuating percentage which ranges from 97.63% to 96.28%, with the former one representing the percentage with Buy Pass. Medusa herself is a Wild and can replace all the others excluding Scatter and Soldier. Thanks to Megaways, there are 117,649 ways to win. There’s also Extra Reel, which appears above reels 2,3,4, and 5, as well Reactions, which are initiated whenever one or more winning combos appear.

Similar to the previously described game, Medusa II comes with almost the same set of icons. Medusa is the Wild and appears as stacked on all reels. It serves as a substitute for all the other icons, except for Scatter which multiplies the wins. 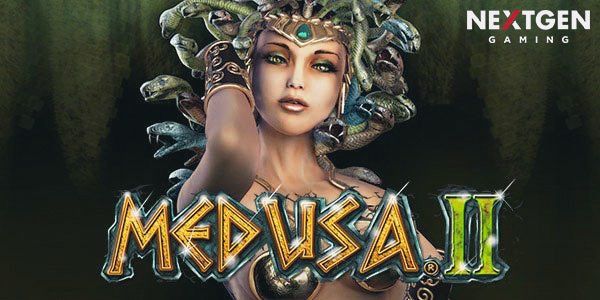 After the legislation was passed near the end of 2016, the first operator received official approval in 2017. As a part of player protection, the regulatory body issued a list of blacklisted online casinos, and the respective ISPs in the country blocked all such domains.

… both land and web-based gambling operators in Czech are imposed the same 23% gross win tax for all products. The only exceptions are bingo and casino games, which are alternately charged a 35% tax, as well as 19% corporate income tax.

What are the most common features in the best online slots for this market?

The vast majority of them come with Wilds, Scatters and extra spins, and other commonly seen elements in one-armed bandits. In addition to those, some of them have Megaways, nudge symbols, expanding icons, and other actionable components.

Where to play the best payout slots in Czech?

You can check out our directory of online casinos which accept players from this country. Along with suggestions, punters can find an insightful review with lots of useful information.

How to find the best RTP games available for players from this region?

This list is the starting point for punters to explore. Providers such as NextGen, Thunderkick, and BetSoft have other releases with RTP of around 97%, so the best is to find a venue that hosts their content and see what’s the offering like.

Aside from familiarizing themselves with RTP, players should also check out hit frequency, volatility, and other elements. When those are analyzed, one will have an insight into one game’s winning potential.