Exploring the lists with online slots equipped with the highest payout percentage, chances are one of them will be from Gluck Games. Founded in 2015, this Berlin-headquartered studio’s mission is to harness the convergence between lottery­ and casino­ gaming. In 2017 they merged with Gamevy, bringing even more value to players. Exploring the provider’s portfolio, punters can find not only lots of immersive slot games but Scratch cards, Keno, and lottery as well. Which are the best paying...
Read more

Exploring the lists with online slots equipped with the highest payout percentage, chances are one of them will be from Gluck Games. Founded in 2015, this Berlin-headquartered studio’s mission is to harness the convergence between lottery­ and casino­ gaming.

In 2017 they merged with Gamevy, bringing even more value to players. Exploring the provider’s portfolio, punters can find not only lots of immersive slot games but Scratch cards, Keno, and lottery as well.

Which are the best paying online slots Gluck Games has delivered so far?

The top-ranked game is Snake, a tribute to the all-time favorite 90s game played on mobile phones. In addition to this, our list encompasses Psycho Candies, The Good The Bad and The Ugly, and a couple of other immersive games from the studio.

What follows is a compilation of the ten best RTP slots crafted by Gluck Games, so keep reading!

END_OF_DOCUMENT_TOKEN_TO_BE_REPLACED

You surely remember the legendary 90s mobile game which pays homage to the dangerous reptile? Well, if you were among the fans, then you’ll surely be interested to have a spin or two on Gluck’s Snake. Done in cooperation with Gamevy, this 3x5 game brings 20 fixed lines and quite an impressive return to player of 98.005%. 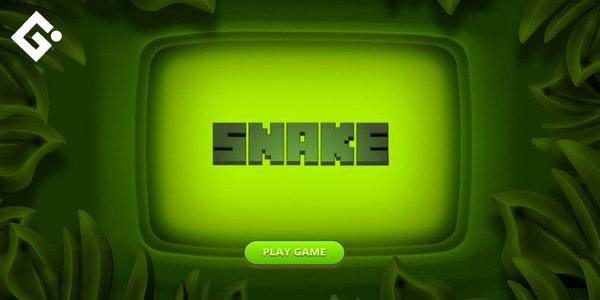 Expectedly, the set of symbols includes various snakes as the high-paying icons, a snake flute as a scatter, and a big wooden box that acts as a bonus symbol. As for the features, punters can find a random multiplier bonus, additional spins, and Jackpot bonus game. When the letter fragments form the word “SNAKE”, a punter is awarded a bonus game.

Are you ready to join the bad guys and become a member of Elite of Evil? This horror-themed work of art takes punters to the mysterious grey dungeon, filled with mystical portals and lots of other surprises. Contributing to the gloomy atmosphere perfectly is the eerie-sounding piano melody. 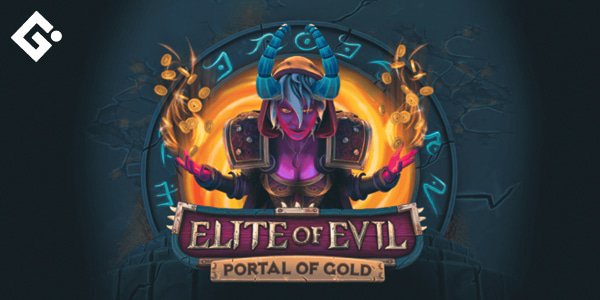 Aside from more than an excellent RTP of 97.5%, this spine-chilling game is home to an abundance of features. Let’s start with cascading reels, which come with an increasing win multiplier. An unlimited one, to stress out. Furthermore, this scary story contains a bonus chest symbol and bonus game, as well as lots of complimentary rotations. There’s also a Shard symbol as well as the Boss Fighting feature and Jackpot wheel feature.

Are you a fan of sweets? This colorful game has got a plethora of them, but beware, those aren’t the ordinary ones. These Psycho Candies pay tribute to Candy Crush-like games and is structured as a 6x6 grid. 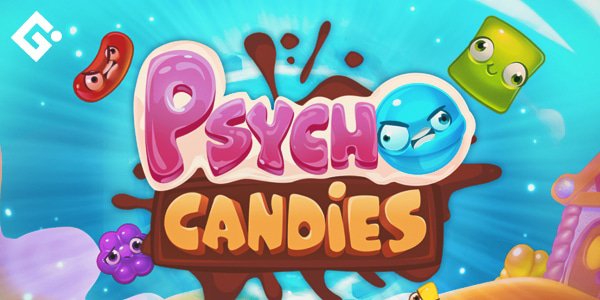 Exploring the features, punters can discover unlimited cascading multiplier, complimentary rotations. Also, the title comes with a bonus jelly symbol as well as a bonus game, where each jelly reveals a cash value. The return percentage in this vibrantly painted game is 97.5%, which is the reason why it ended up as number three on our list.

Knowing that Egypt is an all-time favorite theme among slot game producers, it’s more than expected to find one in Gluck Games’ catalog as well. Tomb of the King belongs to “The Book of” titles, and it is designed as a 5x3 diagram with 10 paylines. 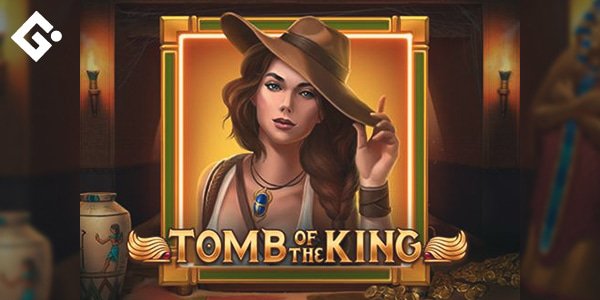 In terms of features, this one’s rather simple. The Book symbol acts as both wild and scatter. When representing Wild, it replaces all the other icons, while as a Scatter it gives prizes when 3 or more icons appear anywhere on the reels. Also, there’s a Gamble feature, where punters get the chance to multiply the total prize. As for the return percentage, it amounts to 96.5%.

As the name indicates, this is a New Year-themed adventure, and as such is the home to the most colorful selection of symbols. Santa itself, red-nosed reindeer, socks stuffed with candies are among the icons, as well as adequately decorated letters from the card deck. Accenting the atmosphere perfectly is the cheerful soundtrack that follows the game. 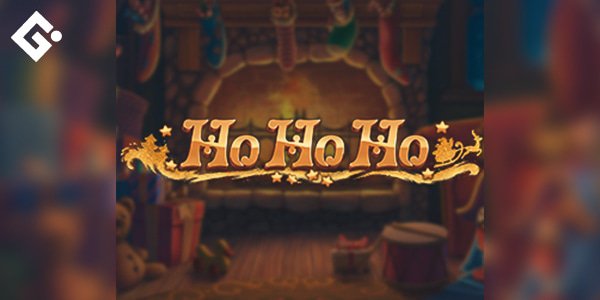 Arranged as a 3x5 grid, this title has 10 fixed betlines and a return percentage of 96.5%. The Book symbol has two roles- it acts as both Wild and Scatter. When representing Scatter, it can award 10 extra spins, provided that 3 or more icons appear. As a Wild, it replaces all the other icons, helping form winning combos. There’s also an Expanding symbol, which is randomly selected, granting more bonus rounds.

Bars, cherries, sevens- all the components found in vintage games are gathered in 10p Slot. Presented in 2019, this retro game is an homage to the very first digital one-armed bandits which conquered the industry. It has 3 reels and only a single payline. The RTP amounts to 96.5%. 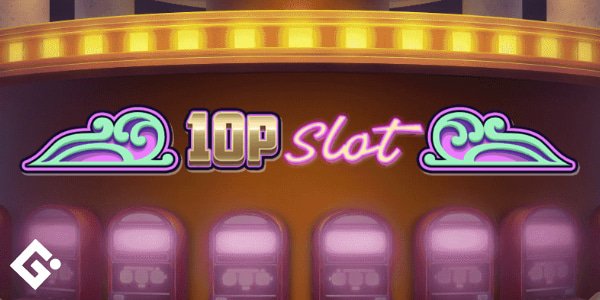 This game comes with a Jackpot symbol which is a Wild and can substitute for all others excluding “Any Bar”. A jackpot symbol on the pay-line of each reel will award x1000. If you are a fan of maximally simplified slots, this one’s the right choice for you.

In the vast majority of presentations, these creatures hop across the rainbows, while in Gluck’s vision, their behavior is, well, less charming. That’s right- meet five Vomiting Unicorns, who actually throw up a rainbow of wilds on the reels. This controversial release comes with a return percentage of 95.7%, which is slightly below the average for what’s considered a game with the highest payout percentage. 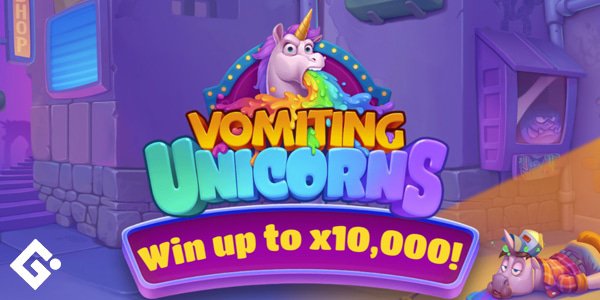 It features 5 reels and 4 rows. There are 30 fixed paylines and six different multipliers, some of which hosting the potential of up to x10,000. In addition to this, there’s a Wish Feature. Before the reels start spinning, Unicorns make a wish- if any symbol on the reel matches with a Unicorn’s wish in the same reel, that entire reel will be transformed into an Expanding Wild symbol.

Some prefer broccoli and carrots, while others’ favorite treat is blood. So, what happens when you confront Vegans VS Vampires? This creative team was eager to find out, which is what inspired them to design this unusual game. Such an authentic concept makes this one stick out of the crowd. 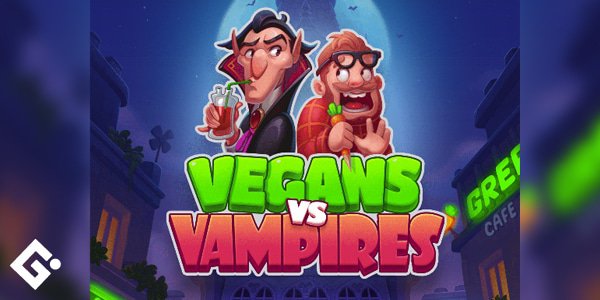 By default, this title comes with a 5x5 grid, with 25 ways to play, but it has the potential to expand up to 7x5 size. Its return percentage is capped at 95%. Among the features, punters can find The Wheel Bonus Feature which can grant up to 500x the bet, as well as Vampire Tower Feature which comes with three different types of hidden prizes.

The title already indicates where did the inspiration come from, but interestingly, it doesn’t follow the plot of the film so closely. The Good The Bad and The Ugly takes punters to a typical western town, filled with unpredictable situations and lots of rewards. Let’s not forget the coolest music, which spices up the gameplay additionally. The return percentage is 95%. 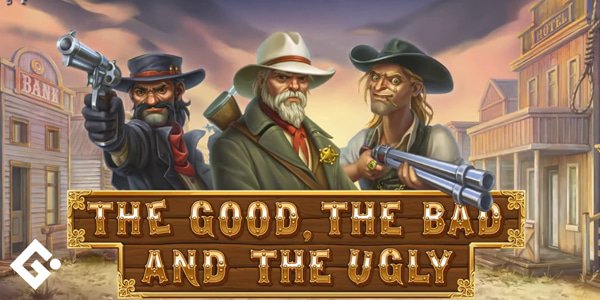 There are three bonus games- The Good, The Bad and The Ugly. Punters have the chance to collect TNT in The Bad and increase win multipliers to up to 50x. Each time a multiplier is unlocked, one receives 5 bonus rotations. In The Ugly, multipliers range between 25x to 100x, while in The Good wilds remain sticky while the mode is on. Wilds are a replacement for all the other icons, excluding Scatters.

Even though there are so many futuristic-looking bombastic games with modern elements, fruit symbols still manage to survive. Cheeky Fruits 6 Deluxe is one of the many proofs that fruit-themed slots will never lose their popularity. In terms of return, the indicator is on the lower end, displaying 95%. 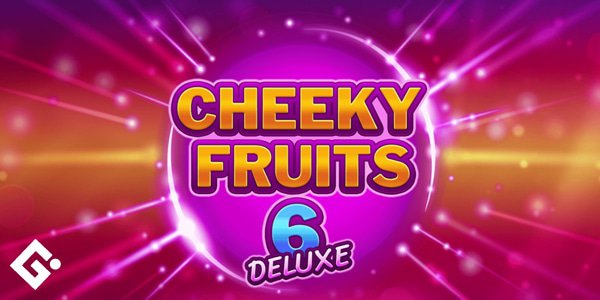 Let’s start with the bonus symbol which acts as a scatter. When 3, or 5 of them appear on the first, third, and fifth reel, they initiate a session that brings 10,15, or 20 complimentary spins respectively. While the bonus game is on, a random “Giant Icon” is selected every spin, expanding to cover nine positions. Also, there’s a Jackpot feature, where the meter is filled every time a symbol with a crown appears. When full, it awards 5,000x the current bet.

Exploring the studio’s LinkedIn page, you will notice that all team members are equipped with lots of experience, and knowledge. But, a thing which makes their products so distinctive is the fact that every single one of them possesses an enormous amount of enthusiasm.

As seen in our compilation of best RTP games…

…they like to play with themes and offer something unusual and different. On one side you have characters that look familiar, but on the others, they are found in the most peculiar adventures and settings.

The same desire to experiment and play is seen in features as well. Altogether, their products stand true to the description Gluck Games gave- those are “magical games players will love”.

review play
Load More Load All There are 0 games remaining

Are best odds slots from this provider mobile-friendly?

Of course, this studio’s content looks equally great on desktop and mobile platforms. You can play the games on both smartphones and tablets.

Absolutely, that’s an excellent way to see how they work and decide which one to play in real money mode.

Are their online slots available in cryptocurrencies?

Yes, some operators which support crypto assets offer their products, so it is possible to play their games when depositing in cryptocurrencies.

Do online casinos offer any bonuses for their games?

Perhaps they are less common than bonuses for some other studios, but they do exist. The best is to check the lobby of the selected venue and see what’s displayed among promotions.

RTP aside, check volatility and overall payout potential. See which features are incorporated and which rewards they bring. That way you will have a rough idea of how big you may be able to win.