Gaming dinosaur, a leading software developer, the oldest provider of online casino games, are just some of the numerous descriptions people use when talking about Microgaming. Established in 1994, this studio has pioneered web-based entertainment and introduced mobile gambling in 2004. Nowadays, it represents one of the greatest innovators, delivering top-notch products which are well-accepted in all corners of the world. Which are the best paying online slots Microgaming has developed so far?...
Read more

Gaming dinosaur, a leading software developer, the oldest provider of online casino games, are just some of the numerous descriptions people use when talking about Microgaming. Established in 1994, this studio has pioneered web-based entertainment and introduced mobile gambling in 2004. Nowadays, it represents one of the greatest innovators, delivering top-notch products which are well-accepted in all corners of the world.

Which are the best paying online slots Microgaming has developed so far?

Surprisingly or not, the very highest positions on our list belong to some retro-looking and older games from the studio. Those are Couch Potato and Jungle 7s, but you will encounter some newer stories such as Break Away Lucky Wilds as well.

END_OF_DOCUMENT_TOKEN_TO_BE_REPLACED

As you can assume from the name of the game, Jungle 7s is meant for all those who appreciate games with vintage icons. But, this one comes with razor-sharp graphics, which makes the story look utterly modern. The lush jungle is home not only to sevens but bars and cherries as well. 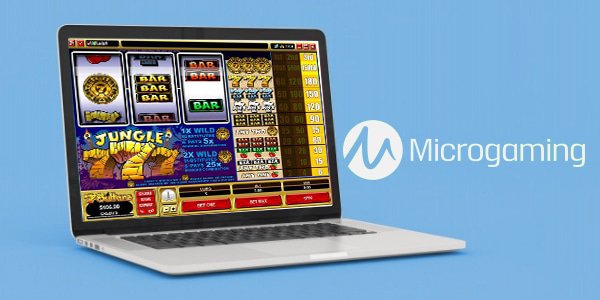 The return to player percentage in this 3-reel tale with a single payline is 97.43%. One of the most important symbols is the Medallion icon which multiplies the wins by five. When three of them appear- a max jackpot is awarded.

This iconic expression was definitely a huge inspiration for the Microgaming team, as they decided to immortalize it in a slot game. That abundance of cushiony letters neatly accommodates lazy and yawning Couch Potato, stuck in front of the TV with tons of snacks. 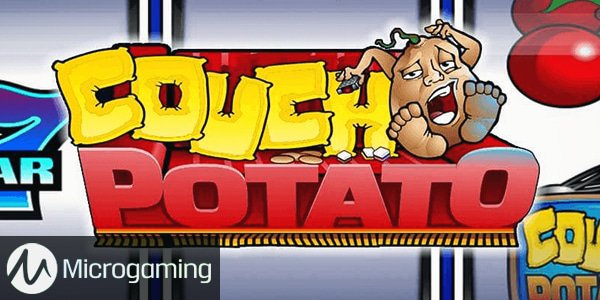 Couch Potato himself acts as a wild symbol and replaces all the others in this 3-reel title with one payline. When one symbol completes the win, it multiplies by 5, but when two of them form a win, then it boosts by 25. It has the same RTP as the previous one, 97.43%.

So far, our list has introduced you to some vintage-looking games from this supplier. The number three on our list belongs to that gang as well, which you probably concluded from the name. In the backdrop of Classic 243, you see a sky full of shiny stars. Among the symbols, there are card deck icons, bells, and bars as well. 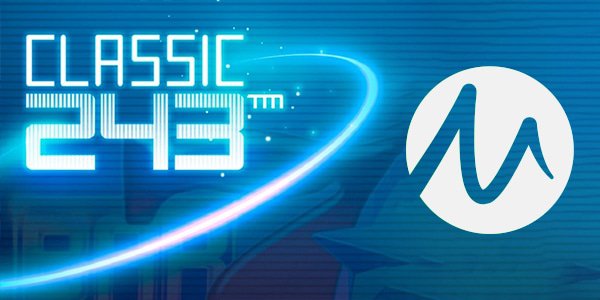 As for the special ones, there’s Wild which serves as a replacement for all icons excluding scatter. During the bonus more which contains extra spins, 2 or 3 guaranteed Stacked Wilds appear on every rotation. When three or more scatters land, they activate complimentary rounds. The return to the player here is 97%.

A single glance at the symbols gathered in this one is more than enough to confirm that this game justifies the name it bears. There is a Road Hog, Pancakes, Bacon and Eggs, Hot Dog, Chilli, Road House Beer, Speedometer, Cruisin license plate, Bike shadow from a fire, and a Bike Wheel. It’s all about fire and speed, isn’t it? 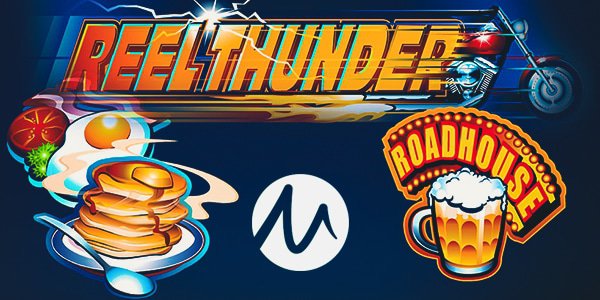 A flying heart with golden wings acts as Wilds in Reel Thunder, and only appears on the second, third, and fourth reel. The scatter grants the win whenever it appears, and the payout depends on the total bet. As for the RTP, it is 96.95%.

Are you a fan of circus-themed games? If the answer is positive, then Big Top is the thing for you. As expected, the colors here are extremely vibrant, portraying the genuine atmosphere of this entertainment venue facility where animals and clowns perform versatile tricks and acrobatics. 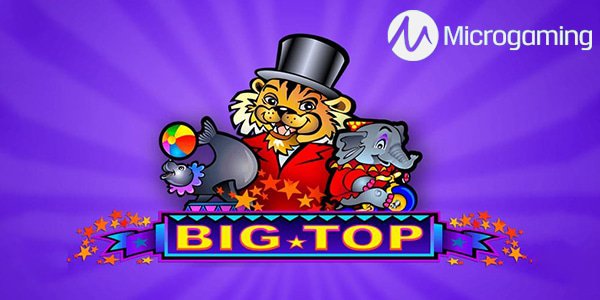 Let’s start with the payout percentage, which amounts to 96.94%. A, Q, J, K, and 10 are lower-paying ones while lions in hats, elephants on bicycles, and balancing seals belong to higher-value ones. Clown acts as a Wild and substitutes all others except for scatter, which is portrayed as a monkey.

Painted in the authentic colors of China, this game is an excellent choice for all those who appreciate the aesthetics of the Orient. Among the symbols, punters can discover golden ingots, well-decorated purple sacks filled with shiny coins, firecrackers, dream catchers, smiling cats as well as adequately stylized 10, A, J, K, and Q. 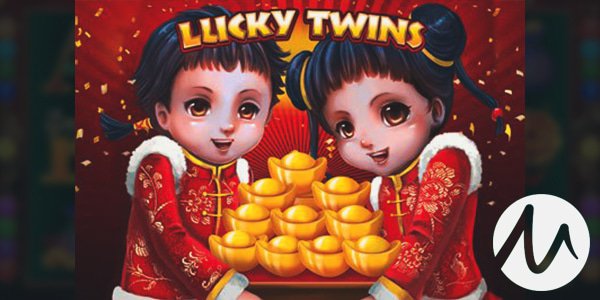 Lucky Twins come with a return percentage of 96.94%. Although this one doesn’t come with a multiverse of additional options, still there’s more than enough for a solid rewarding potential. Twins play the role of a Wild, while golden ingots are Scatters. There are five reels and 9 paylines.

Done in cooperation with Stormcraft Studios, Break Away Lucky Wilds is an ice hockey-themed story. It is filled with the most interesting symbols which with the theme perfectly- Two Players, Goalkeepers, Referees, the Stadium, Skates, Helmets, and an Ice Resurfacer. 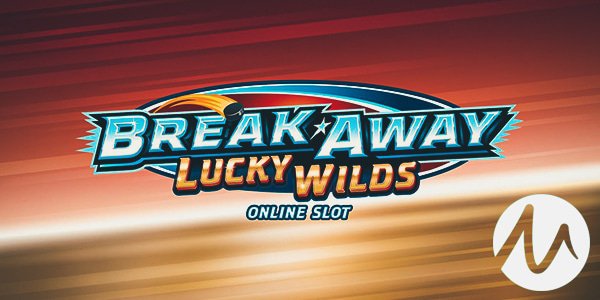 While the RTP here is capped at 96.98%, there are a couple of modes that may impact it slightly. That depends on the number of extra spins in the bonus game, so it can lower to 96.39%. Unlike the above-mentioned in our compilation, this one comes with a plethora of action-packed symbols. Aside from Scatters and Wilds, there are Jackpots, Smashing Wilds as well as Rolling Reels.

If you belong to sports fans, then this one will certainly grab your attention. Football is often an inspiration to slot game developers, so it was more than expected for Microgaming to deliver something which puts this actionable activity under the spotlight. 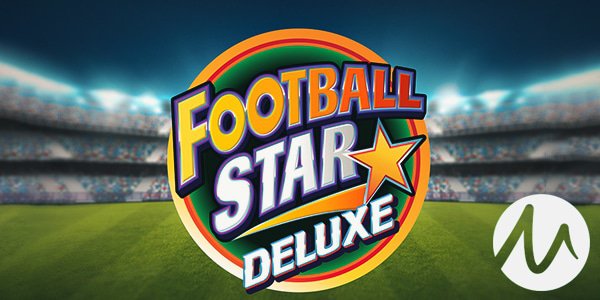 Football Star Deluxe is also among those releases which come with fluctuating payout percentage. When played with 18 lines, it comes with 96.18%, while with 88 lines the percentage amounts to 96.88%. As an additional boost to the atmosphere (and rewarding potential), there are Rolling Reels, Growing Wilds, Striking Wilds, along with extra spins, and Multiplier Trail.

This Asia-themed slot hosts fire-breathing dragons (hence the name), as well as lanterns, a geisha, and many other well-designed symbols. This title is enhanced with a special feature- Hyperspins, which allows you to re-rotate a reel as many times as you want, and create a winning combo. Do know that each respin is charged at an extra cost. 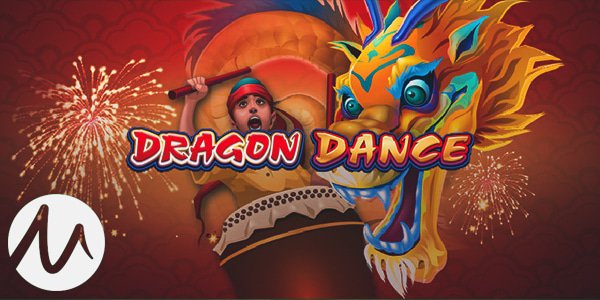 What’s also interesting about this game is that its return percentage varies. The base game with re-spins comes with 97.49%, while the base one itself comes with 96.52%. Aside from Wilds and Scatters, punters can also find multipliers and extra spins in Dragon Dance.

If you pay close attention to the rating, you will see that this one comes with more than excellent grades. After all, what’s not to love about a bunch of attractive chicks and a solid payout. The Bikini Party takes players to a volleyball match, providing an amazing view of blue skies and the ocean. 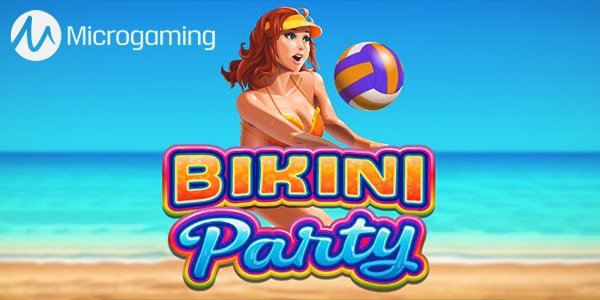 Like the previously-described game, this one also comes with the fluctuating return to player percentage. The base game bolsters RTP of 96.52%, while the mode with re-spins comes with 97.49%. It also contains Hyperspins, as well as Wild and Scatter.

Analyzing the Visuals and Features

Now, the return in these games is not bombastically high. Still, it is large enough to place them on this, where the ones with best RTP are accommodated, rather than on the list of releases with the lowest payout percentage.

…our preview here is more than enough to give you the hint at the immense diversity incorporated in their titles. It’s not only the topics, it’s the features as well. While those older come with a slightly modest assortment, the newer ones bolster versatile top-notch mechanics.

This is mainly thanks to multiple successful collaborations with independent studios. Gameburger, Pulse8, All41, Aurum Signature are just some of the many brands from the network. With such a colorful portfolio, Microgaming’s rapidly-growing portfolio is suitable not only for those who like classic games but those who prefer modern adventures as well.

Are best RTP slots from this provider mobile-friendly?

Absolutely, you can launch them on any type of mobile device you have- smartphone or tablet. They are designed to work on both Apple and Android devices.

Can I play their titles in demo mode?

Of course. This gives you a unique opportunity to take a closer look at the visuals and features, see what’s the atmosphere like and then decide whether to give them a try in real money mode.

Are they optimized for cryptocurrencies?

If a venue that hosts their products accepts BTC or any other crypto assets, then you will be able to play their games after making deposits using this option.

Do online casinos offer any bonuses for games from this studio?

Yes. Having in mind that this is an undisputed leader in content development, hubs do like to create campaigns where their games are listed. So, explore the promotional corners of venues that display their products and see what’s offered.

How to win big playing best payout online slots from this provider?

Now that you know which are best paying slots, you are already half-way to scoring something noteworthy. Aside from that, analyze the features, see the volatility level and hit frequency, and then you will have a rough idea of how solid are the chances to hit something substantial. But, remember that RNG dictates it all.