Equipped with a noteworthy repertoire of more than 100 finest online casino games, Nucleus Gaming (NG), a USA-friendly game developer, is a brand that stands out. Offering true 3D cinematic best payout adventures, and strong math models, it displays a library suitable for both newbies and seasoned clientele. Aside from the iGaming market of the United States, their content is popular in other corners of the world as well. Optimized for portable gadgets, their releases can be launched while out...
Read more

Equipped with a noteworthy repertoire of more than 100 finest online casino games, Nucleus Gaming (NG), a USA-friendly game developer, is a brand that stands out. Offering true 3D cinematic best payout adventures, and strong math models, it displays a library suitable for both newbies and seasoned clientele.

Aside from the iGaming market of the United States, their content is popular in other corners of the world as well. Optimized for portable gadgets, their releases can be launched while out and about on all types of smartphones and tablets.

Which are the best paying slots Nucleus Gaming has delivered so far?

What follows is a compilation of the 10 best payout slots by Nucleus Gaming, so keep reading!

END_OF_DOCUMENT_TOKEN_TO_BE_REPLACED

If you are curious to discover your fortune, Seer is the person to look for, as she knows everything. This tarot-inspired game is filled with a variety of features and comes with a more than impressive return to player percentage of 97.63%, which explains its highest position on our list. 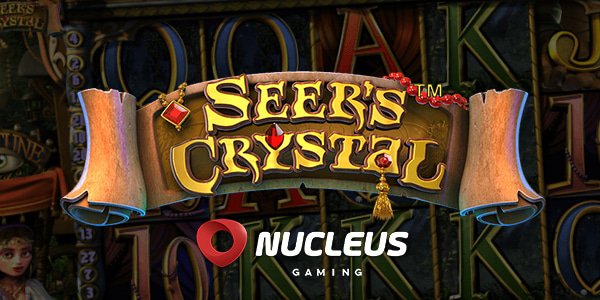 As assumed, Crystal Ball is the central symbol of Seer’s Crystal. It has the power to trigger lots of rewards, such as instant wins, extra spins, and more. In addition to this, it includes a mini-game in which flip of a coin can double your winnings. “It’s not magic, it’s all in the cards.”

From the very moment of launching this release, you will notice lots of resemblance between the main male character of this game and one Hollywood actor famous for his climate change activism. Is that just a coincidence or it is done on purpose, only designers from Nucleus Gaming know. Grand Luxe comes with an RTP of 97.53%.

That Yellow Coupe acts as the Wild symbol, and three of them can initiate a session with complimentary rounds. Each time it drives of the reels, a Luxury Meter is filled by one level. Once the meter is full, the massive riches start pouring down. On top of that, wins from three or more Yellow Coupe icons are calculated, which results in a complimentary re-spin. This mode is dubbed Grand Luxe Life Event.

In case you didn’t know, sashimi is a Japanese delicacy consisting of fresh raw fish or meat sliced into thin pieces. It is often served with soy sauce on rice. A single glance at the reels and all the mouth-watering symbols will tell you what sort of delicacies are we talking about here. 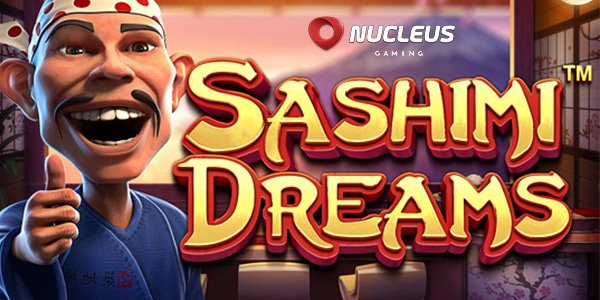 To start with, the game has a return percentage of 97.48%. A yellow fan is the Scatter and it can award various portions of extra spins, depending on the number of icons that appear on the reels. During more with bonus spins, all wins are doubled. Soy sauce is the Wild in Sashimi Dreams, and when it is part of the winning combo, all wins are doubled. It appears on the second and third reel only.

Welcome to Elfvania, home of the Brilliant Minds. If you desperately need a mind-blowing idea and concept, but you simply cannot brainstorm one, this is the place to visit. Just follow the elves quietly, be careful not to get noticed and snatch the idea when the opportunity arises. Equipped with 30 paylines, this adventure comes with a payout percentage of 97.20%.

Rollin’ Trolls is home to a wide spectrum of rewarding icons. To begin with, it has cascading reels, and Coin Drop icons which bring extra prizes. There are Sticky Wild Reels as well, and a special mode with complimentary rotations. Plus, there are Book of Secrets symbols that appear on the second and fourth reel, and a Double Up option, in which a coin toss (Elf VS Troll), determines the outcome. Finally, if 5 Elf Symbols appear when Bet Max is placed, a Jackpot is awarded.

Grab your jerseys and prepare for a football match unlike any other you have ever seen so far. Packed with the coolest soundtrack, crowd cheering, and tons of themed symbols, Goals of Glory is a sports-themed game with an authentic atmosphere and a fine return percentage of 97.18%. 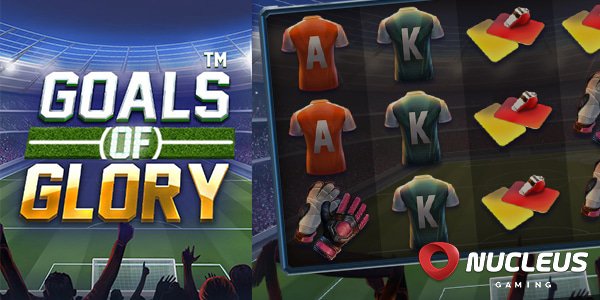 Among the icons, punters can find Football Boots, Goalkeeper Gloves, Red and Yellow Cards, as well as Whistles. As for the features, there’s Flaming Football Wild, which can grant up to 9 gratis rotations. There’s also Champion’s Cup icon, which lands on the central reels and can appear as either Match Ticket Scatter or the Flaming Football Wild.

Come to think of a perfect vacation, how would you describe one. If you are not sure, don’t hesitate to ask The Party Guy- he’s the one who has all the answers. Aside from the guy wearing sunglasses, a girl with a flower in her hair, plane tickets, and a seashell with a pearl which belong to top-paying ones, this game has card-deck icons as the lower value ones.

Let’s start with the RTP which amounts to 97.10%. There’s a Spring Break Wild Symbol, which serves as a replacement for all the others excluding Blue Cup, and Beach Ball. The former one triggers a Drinking Bonus Round, while the Ball acts as a Scatter. Moreover, this slot title includes Double Up Mini Game as well, where a player can double up or lose the winnings.

We all know what Milky Way is, don’t we? If you dare to travel beyond it, you will also encounter Fruity Way, a mysterious part of the universe where lots of cosmic rewards can be found. Arranged as a 5x5 layout, this modern-looking intergalactic adventure hosts beloved fruit symbols but in a completely different setting than the ones we are all used to see. 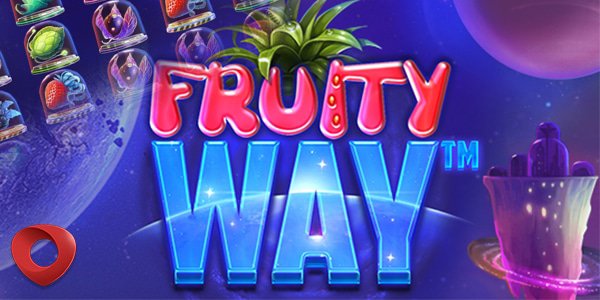 One of the symbols is the Alien Fruit Replicator which expands the grid vertically and horizontally or both. During this mode, Wild Asteroid Harvester is added, opening additional winning opportunities. There’s also Galactic Core, during which bonus spins are granted, and Alien Fruit Frenzy, where identical fruits group to bring more rewards. The return to player here is 97.07%.

In the darkest depths of the oceanic abyss, there lives a gargantuan creature ready to devour anyone and everyone. If you manage to avoid its hungry mouth, you’ll have the chance to lay your hand on the shiniest treasure scattered all over the ocean floor. Kraken Deep Wins comes with a solid return percentage of 97.07%.

Exploring this marine-themed adventure, players shall spot The Kraken’s Stick and Respin during which bonus rotations are awarded. Plus, it has Anchored Wild Boost, as well as Sticky Anchored Wild which remain sticky for two rounds. Moreover, there’s the Diving Bell symbol which lands on reels 2,3,4, and 5, bringing Wilds, multipliers, and other surprises.

Grab the pistol and saddle up as it is time to get the reels spinning- old west style. Equipped with the RTP of 97.03%, High Noon has 30 paylines and lots of engaging features. Are you ready to help Sheriff defeat dirty, rotten Black Bill? 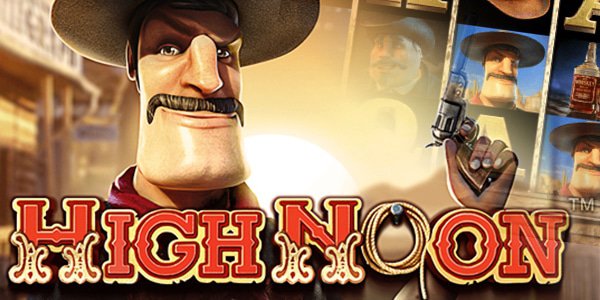 When a gun icon appears in the center reel, it activates the Wild Guns feature. The Sheriff then shoots towards the reels, hitting up to five unique symbols, which transform into Wild. Furthermore, there’s a showdown bonus, where punters play heads or tails, chasing for higher winnings. As for the Sheriff’s badge, if 3, 4, or 5 of those appear, they grant 10, 12, and 15 extra rotations respectively. Each badge is collected into the counter, and when a sufficient number of them is acquired, a special prize is given.

This is not one more homage to Wild West, but a tribute to one of the most popular nicknames of slot machines- one-armed bandits. With tons of retro symbols, a 3x3 layout, and 5 paylines, this simple and elegant title is a great choice for those who prefer vintage games.

No Limit Bandit comes with an RTP of 96.92%. One of the most significant symbols here is the No Limit Multiplier, which keeps increasing with consecutive winning spins. Every winning rotation has the chance to award a Sticky Multiplier which remains sticky for right spins. There’s a Wild icon as well, which substitutes for all the others.

In case you are curious to discover more games with the payout percentage above 96% delivered by Nucleus Gaming, here are a couple of more suggestions for you:

Of course. This developer pays special attention to cross-platform optimizations and all its games are available on mobile phones and tablets.

Can I play releases from this studio in demo mode?

Absolutely. Take a look at our directory and you will find plenty of titles available in fun mode. Have a couple of spins to see how they work and then decide which one to play for real cash.

Yes, they are. If a casino of your choice supports this payment option, then you will be able to play their games using Bitcoin or any other crypto asset.

Are there any bonuses for online slots from this developer?

Exploring online casinos which accept American players and punters from other corners of the world where content from this studio is allowed, you will surely encounter a couple of promotional offers. Check the lobby of your favorite venue from time to time to see what’s new.

How to win big playing best odds games by this producer?

While best RTP is an important ingredient when determining the potential amount of winnings, it’s not the only factor to take into account. Pay attention to hit frequency, and volatility, and then you will have a better understating of one game’s win potential.