Rival’s philosophy is rather simple- their goal is to build the games that people love to play and bring them to numerous markets effectively, with a special focus on the United States. A true specialist in creating memorable gameplay and authentic atmosphere, this developer crafts quite interesting content, both slots with high payout percentage as well as releases with lower odds. Which are the best payout online slots Rival has delivered so far? Among the best-ranked stories in terms of...
Read more

Rival’s philosophy is rather simple- their goal is to build the games that people love to play and bring them to numerous markets effectively, with a special focus on the United States. A true specialist in creating memorable gameplay and authentic atmosphere, this developer crafts quite interesting content, both slots with high payout percentage as well as releases with lower odds.

Which are the best payout online slots Rival has delivered so far?

Among the best-ranked stories in terms of return percentage, punters can find Cash Cow, Gold Rush, Winter Wonders, and many other enticing stories. Even these three titles are more than enough to give the hint that the provider is willing to explore the diversity of topics.

Stay with us to discover which slot games ended up on our compilation and find out more about this world-leading B2B developer!

END_OF_DOCUMENT_TOKEN_TO_BE_REPLACED

“Milking the cash cow” is a famous idiom we usually see in two different forms- it’s either pronounced or written. But this picturesque construction was apparently quite inspirational for Rival, as the producer decided to pay homage to it in a slot game.

This literal interpretation of the amusing phrase is a 3-reel adventure with bars, stacks of cash, buckets of coins, and the cash cow herself. This vintage-looking achievement has the highest payout percentage, displaying an RTP of 98.70%. It comes with a multiplier, but surprisingly Milk the Cash Cow has no extra spins.

This 3-reel story follows the prospector to fame and fortune, and it draws inspiration from the gold rushes of the 19th century. Working hard in a quiet stream, the diligent gold digger hopes to collect tons of precious stones. Will you be faster than him? 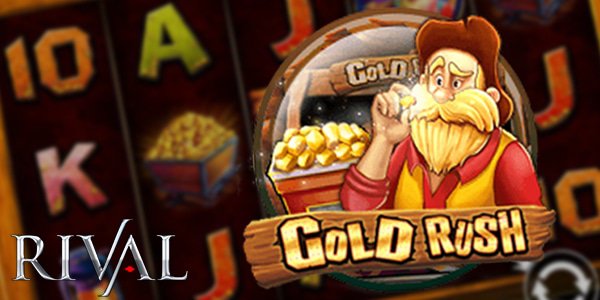 Among the symbols, punters can find bronze, silver, and gold bars, along with a sack of gold, a gold pan, and the prospector himself holding a large gold nugget. There’s a scatter which completes the winning combo wherever it appears. As for the return, Gold Rush has more than solid payout percentage of 98.02%.

These snow-clad reels are home to the most magnificently painted set of symbols among which shiny balls, a cup of Eggnog, a Christmas tree, candles, mistletoe, and more. Surrounding the grid are the colorful string lights, contributing additionally to the festive atmosphere. 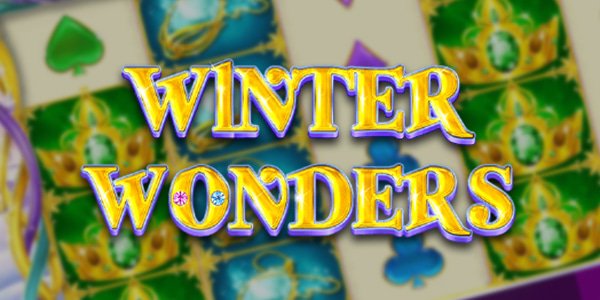 Winter Wonders display a return of 97.7%, as well as a fine assortment of features. Those are the ordinary ones- Wild, Scatter, extra spins, and multipliers. Santa Claus plays the role of the Wild in Winter Wonders, replacing all the others excluding scatters, which is portrayed as sleighs.

If you feel like going on a treasure hunt throughout ancient Egypt, this is the game for you. An excellent opportunity to take a closer look at all the mysteries of this glorious civilization, this story bolsters stunning images of pyramids, ancient coins, and the Queen herself.

Cleopatra’s Coins comes with low volatility and a return percentage of 96.9%. When it comes to features, punters can discover Wilds, Scatters, and extra spins, triggered when 3 or more Asp symbols hit any of the five reels. In addition to this, there’s a bonus game activated by three Coin icons.

One may be the richest person in the world, but one cannot deny that Flea Market is a place that possesses a unique charm and a specific atmosphere. That’s probably what inspired Rival to pay homage to this dynamic street market. The main characters of the story are two humanized bugs, a father and his kiddo, along with a selection of interesting symbols- a diamond ring, an antique dresser, and of course, a lollipop for the LO.

Aside from the solid return of 96.90%, the game displays lower variance, Wild, and a couple of special symbols that increase the winning potential. Despite the fact that there aren’t tons of features, this game lacks no entertainment.

What’s the first thing that pops into your mind when we say the word “rich”? Is it filthy rich? Or perhaps Scary Rich? This horror-themed story, whose 3x5 grid is surrounded by dreadful skulls, accommodates the eeriest symbols and a wealth of features. 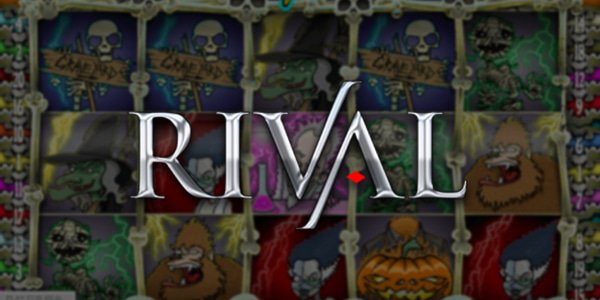 Let’ start with the Vampire, which acts both as multiplier and Wild, replacing for all the other icons excluding Scatter. Speaking of, that one is portrayed as the Frankenstein, and can also activate complimentary rounds. The RTP is 96.7%, while the variance is medium.

Just so you know, if you like this type of story, you’ll surely be glad to hear that the provider designed two sequels- Scary Rich 2 and Scary Rich 3.

It’s time to celebrate, so bring those bottles of sparkling champagne, let the party begin! And not just any, but one and only Reel Party Platinum. A sequel to the studio’s Reel Party, this story comes with more colorful graphics and more engaging animation.

Among the icons, punters can find a taxi, partygoers, party favors, the New Year’s Time Ball, a fancy dinner and drinks. This one comes with lower volatility, but a good return of 96.1%, and a fantastic festive soundtrack.

Those battles between evil and good are always inspirational and often used in books, pictures, as well as in slot games. But, instead of portraying an angel and a devil, this title tells to story of Jack Frost and his brother Harold Heat. Equipped with a return to player of 95.94% and low volatility, this title is filled with versatile features. 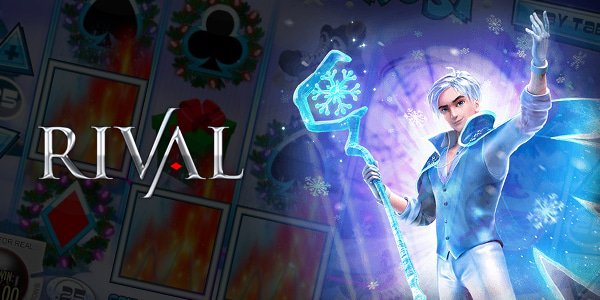 Can a slot game teach you an important life lesson? Believe it or not, the answer is positive, and Nuclear Fishing is living proof. Although wrapped up in an amusing format, this game draws our attention to a really serious and burning issue- nuclear waste disposal and its effects on nature. 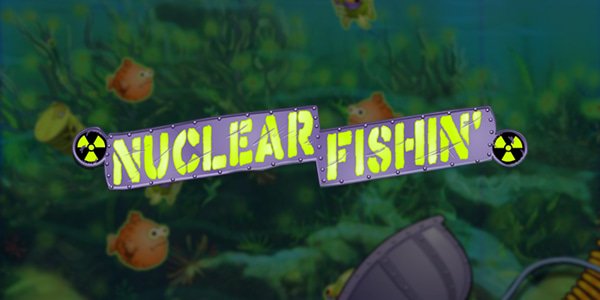 Arranged as 5x3 construction, this release features an RTP of 95.2% and low variance. In terms of features, they may not be out-of-this-world sort of, but still more than enough for a satisfactory level of action. On the other hand, there’s an interesting bonus round, during which punters use a vacuum to suck up the waste.

This majestic animal used to roam the arid plains of the USA, but unfortunately, during the westward expansion, most of them were killed, so their number decreased drastically. Perhaps that’s what motivated Rival to immortalize it in a game.

Aside from amazing western tunes, Blazin’ Buffalo displays a rich assortment of features, such as Wild, Blazin’ and Buffalo Stampede extra spins, and Find the Buffalo. Even though this one could be ranked among slots with a lower payout percentage as well, as its RTP is modest 95.1%, still it lacks no rewards.

What Are the Main Characteristics of Rival’s Slots?

As you can see from our list of the best paying slots, the developer finds inspiration everywhere and breathes life into the most unusual characters. By using a wealthy spectrum of colors, the team of artists manages to create an excellent and above all, authentic atmosphere.

If we were to pick one thing…

…that ranks their games among must-play, then it’s the wide range of topics. Instead of focusing on a single theme, the studio explores distant cultures and civilizations, plays with scary elements, pays homages to vintage one-armed bandits, and much more.

In terms of features, they revolve around the usual assortment of elements, but give them a unique touch, depending on the story itself. Those are extra spins, Wilds, multipliers and Scatters, and occasionally some bonus games.

All there’s left to do is to explore our list of trustworthy online casinos for American players (and other jurisdictions where the studio is allowed) and have fun spinning the reels of their best RTP releases.

review play
Load More Load All There are 76 games remaining

Are the best RTP slots from this developer mobile-friendly?

Absolutely! If you prefer spinning the reels while out and about, you’ll be happy to hear that their portfolio can be launched on smartphones and tablets.

Is it possible to play their titles in demo mode?

Of course, it is possible to check out their titles in fun mode. That’s an excellent way to evaluate which one you like the best, and then make a deposit.

Are their games optimized for cryptocurrencies?

Aside from being famous for a wide array of topics, this software producer is also well-known for its abundant bonuses. Those are introductory packages, reload promos, no-deposit campaigns, and many more.

How to win big playing slots from this provider?

What you need to do is analyze the paytable, see which features are incorporated and what’s their rewarding potential, as well as check RTP and variance. Although it’s not a formula that guarantees bags full of cash, certainly is a way to increase chances for some nice winnings.