If you are a fan of digital one-armed bandits living in Slovakia, then you are surely interested to find out more about online slots with the best payout. While we are all aware that random number generator defines the outcome of the game, people believe that some games are looser than the others, and consequently, can bring more winning opportunities. One of the reasons why people have increasingly started paying attention to this component is the fact that if analyzed well, it can lead to...
Read more

If you are a fan of digital one-armed bandits living in Slovakia, then you are surely interested to find out more about online slots with the best payout. While we are all aware that random number generator defines the outcome of the game, people believe that some games are looser than the others, and consequently, can bring more winning opportunities.

One of the reasons why people have increasingly started paying attention to this component is the fact that if analyzed well, it can lead to fewer deposits and hopefully more wins. Of course, provided that one observes the wider picture and doesn’t have unreasonable expectations.

Which online slots with the highest payout percentage are available in Slovakia?

1429 Uncharted Seas, Monkeys VS Sharks, and Cathfather are some of the immersive games which ended up on our list. But, there are a couple of more from Relax Gaming, BTG, and other popular content providers.

What follows is our top 10 selection of online slots with best odds players from Slovakia can check out, so stay with us and keep reading!

With an impressive return to player of 98.5%, it is more than clear why 1429 Uncharted Seas ended up as number one on our list. Taking punters to explore vast oceans and discover valuable treasures hidden deep under those waters, this adventure is an excellent choice for all those who like marine-themed releases. 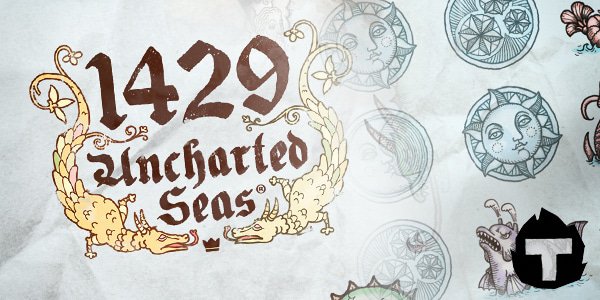 Impressive RTP aside, this 5-reel story accommodates 25 paylines and has Expanding Wild. This symbol appears on the second, third, and fourth reel. Its role is to replace all the other symbols, with the exception of scatter. Speaking of, Scatter can bring up to 50 casino spins.

Interestingly, we have a sea-themed release as number one on our list, and yet, one of the most interesting things about Slovakia is that it is one of the world’s 45 landlocked countries.

One thing for sure, monkeys and sharks are not considered archenemies, but apparently, WM was curious to discover what would it look like if they were. Jokes aside, but it’s not like you see a battle of Monkeys VS Sharks every day, which explains why this game captures the attention immediately.

Of course, solid RTP is also a “guilty one” for its popularity. It comes with a fluctuating percentage of 98.48%- 94.95%, and medium variance. Arranged as a 5x3 layout, this comical release features 25 lines and a set of interesting features.

Coming from the same creative workshop as the previously listed title, this one’s homage to brave gladiators. If you belong to fans of history-inspired slot games, then this work of art is bound to grab your attention. 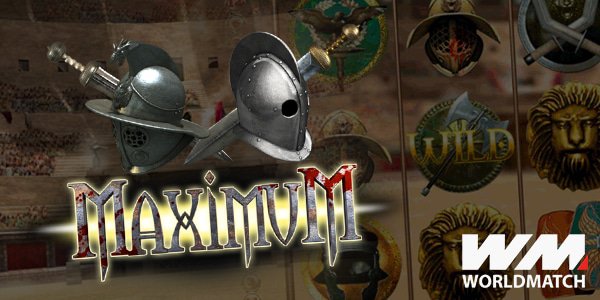 Maximum also comes with a fluctuating return of 98.48%- 94.95%, and medium volatility. It is home to wilds, complimentary spins, and a Bonus Game, a combo that is often seen in releases from this studio. So, are you ready to walk in the arena and fight like a real gladiator?

Like the majority of titles from this producer, it contains Wilds and extra spins, along with an action-packed bonus game. In terms of return, the percentage spans from 98.48%- 94.95%, while the volatility indicator shows medium variance.

Well-disciplined legions, famous for their immense strength, are one of the most popular symbols of the Roman Empire. Wanting to pay tribute to their enormous capabilities and toughness, Relax Gaming came up with Marching Legions, a powerful game with max exposure of 10,000x bet and a payout percentage of 98.12%. 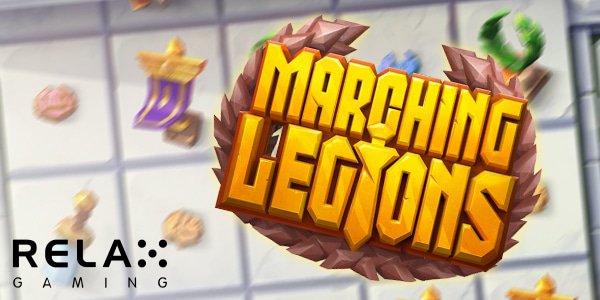 Contributing to the atmosphere a lot is the actual sound of marching, making the story look even more authentic. Among the features, punters can find the Nudge feature with Marching Stacks which are recorded in the Collection Meter. When five of them are collected, bonus spins are granted.

The legendary movie served as an inspiration not only for those who craft t-shirts, figurines, and other whatchamacallits but for slot providers as well. In order to give its unique touch to the story, instead of people, the developer used cats as the main characters. Feline creatures are the high-paying symbols of The Catfather.

This game comes with 5 reels, 9 lines, and the return percentage here of 98.10%. Exploring the features punters shall discover “Wild Night” Random Stacked Wild Feature. When this one is on, wilds land fully expanded horizontally on any combo. They can appear on the first, second, and third reel. Moreover, there’s a special round with casino spins where all wins are multiplied by 4x.

Have you heard of Manny Pacquiao, the only boxer in history to win world titles in 8 different weight categories? Coming from Ganapati’s creative laboratory, this story is an homage to the boxing legend, and features lots of themed elements.

Arranged as a 3x5 grid, this cascading slot displays 25 paylines and an excellent return percentage of 98.02%. Each cascade win grants up to 8 multipliers. Pacquiao One Punch KO has a scatter symbol that can land anywhere on the reels, and activate bonus rotations. It is portrayed as 8, representing the number of titles Manny won.

As you probably know, the black cat is the symbol of bad luck. Or at least it was until Kitty Cash went live, making it possible for a dark feline to show itself in a completely different light. In this game, it brings plenty of luck. 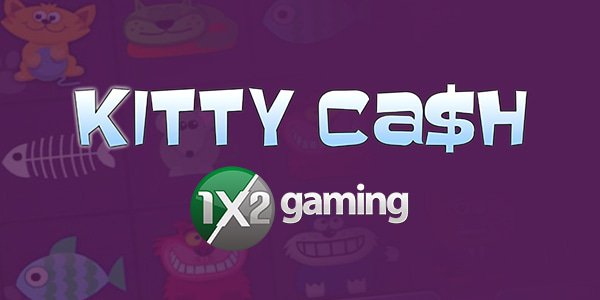 Among the symbols, players can find Wild, which doubles the winnings, as well as the Scatter symbol, portrayed as tuna. Depending on the number of icons that appear on the reels, Scatter can bring up to 25 additional rounds. The RTP here is 97.86%.

Inspired by Lewis Carrol’s timeless classic, White Rabbit is an homage to the clumsiest, yet most memorable characters from this beloved story. Without any doubt, this game deserves the title of a masterpiece, as illustrations and colors are simply amazing. 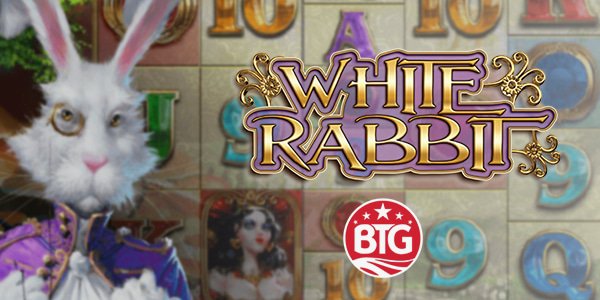 Standing shoulder to shoulder with great graphics are immersive features incorporated in this installment. One of them is Megaways, thanks to which the game has up to 248,832 ways to win. In addition to this, there are Feature Drop™ and Extending Reels™. The RTP in this release is 97.72%.

Get ready to meet Suzu, a courageous heroine whose mission is to become a ninja. Having lost her parents, she dedicated her life to mastering martial arts. Are you ready to help her fight all the enemies?

Exploring the features, players shall spot Anger Gauge, which grows whenever Suzu wins. Once it’s full, the Expanding wilds will appear, supercharging the game maximally. Moreover, when three special Fight symbols hit the reels, they initiate the Fight bonus game. The RTP in She Ninja Suzu is 97.398%.

When it comes to gambling regulations, Slovakia is considered a green-level jurisdiction with complete regulation of the industry. However, the taxes are way too high, which discourages operators from applying for the license.

Despite the attempts to regulate the activity fully…

…the Bill from 2018 which was supposed to greenlight foreign service providers, offshore operators are not yet officially approved. On the other hand, the government does not actively block these foreign suppliers on any level, meaning the punters don’t get punished for visiting such platforms.

The absence of official rules and laws means the protection level is minimal (or even non-existent), so the consumers are left on their own. That’s why it is of vital importance to select online casinos with a good reputation. Read Terms and Conditions- be responsible!

review play
Load More Load All There are 6040 games remaining

What are the most common features in the best RTP slots in Slovakia?

As you could see from our list, all the providers did a great job in equipping the games with versatile options. Wilds, scatters and multipliers aside, there are various side missions, cascading reels, Megaways, and many more.

Where to play the highest payout best payout slots?

The best destination to look for trustworthy venues is our directory. Each of the hubs is accompanied by an insightful review and all the necessary information related to banking, promotions, and game selection.

How to find the best odds slots available for Slovakian players?

Aside from the ones we included in the compilation, you can also look for other releases by WM, Thunderkick, and 1x2gaming. Their titles come with a return between 96-98%.

While return percentage does play an important role in determining the winning potential, it’s not the only element that counts. Take a look at volatility and hit frequency, plus analyze the features. This will tell you what are the theoretical chances to score something noteworthy, but do know that RNG determines the outcome.