USA Slots With The Best Payout

With a growing number of online casinos opening their doors to the gigantic market of the United States, players are given more and more choices. Back then, Realtime Gaming (RTG) was the only software provider delivering its content to clients from this part of the world, but the situation has changed.

This producer still remains the number one association when speaking of US-friendly online slots, but now you have Rival, Saucify, Arrow’s Edge, Mobilots, and many more. Although far away from the selection players in other markets have, still one cannot deny that things are heading in a positive direction. And more versatile offering.

Which are the highest payout online slots designed for the US market?

Betsoft leads the way with its marvelously painted achievements such as Rock On, Dim Sum Prize, Dollars Down Under, Greedy Goblins, and many more. But, the list features releases by Saucify and Rival as well, which are also extremely popular in the USA market.

Would you like to take a look at our selection of best-paying slots in the United States? Which one has the highest payout percentage? Are you curious to hear which are the most wanted developers in this territory? Stay with us and keep reading!

As the name indicates, Rock On is a tribute to R’N’R stars, so punters can expect plenty of excellent music in this one. Jimi Hendrix, Elvis Presley, Gene Simmons, Paul McCartney, Brett Michaels, groupies, drums, guitars, peace signs are some of the symbols found on these rock-tastic reels.

Worth mentioning is that this story belongs to i-slots. Its return to player percentage is 98%, which is why it takes the highest position on our list. As for the features, it has extra spins, multipliers as well as a special bonus round which brings plenty of great songs and noteworthy rewards.

According to the studio, this is the first release that incorporates concepts typical for social games. this one represents the perfect combination of video slots and casual games. It comes with payline configuration and level-based gameplay, which ensures lengthier plating sessions. This one has RTP 97.70% and plenty of sweetest features. Despite the fact that it belongs to older titles (it was released in 2013), Sugar Pop is still wanted.

Don’t let the name of the game confuse you, we ARE discussing the highest payout slots in the US. Emu, kookaburra, platypus, wombats, kangaroos, and koalas- the entire spectrum of Australia’s most famous animals is found on the reels of Dollars Down Under. 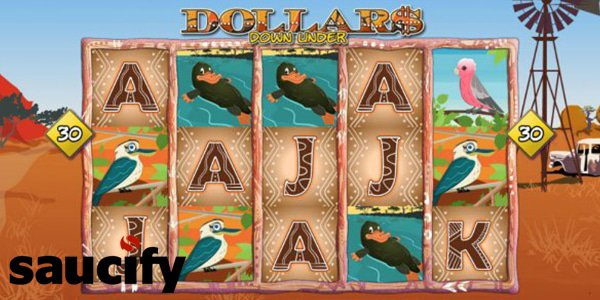 With an RTP of 97.67% and a selection of intriguing features, this surely is a release that deserves plenty of attention. Extra spins, multipliers, and Pick a Prize feature are just some of the many surprises found in this adventurous story Down Under.

Just a couple of tiniest percentages below, with 97.64%, this 5-reel adventure with 30 paylines surely is a fine choice for those who like detective-themed stories. At the very beginning of WhoSpunIt, punters are introduced to an interesting movie and a set of instructions on how things work.

As for the features, there are wilds, scatters, double multipliers, and extra spins. On top of that, the entire reel can go wild if the five symbols align, granting a fine payout.

Accommodated on a 3x5 grid, this slot tells the story of Rose, a beautiful Gypsy with curly hair and glistening eyes. Among the symbols, punters can find magic spell books, tarot cards, potion bottles, as well as card deck icons.

Gypsy Rose brings an RTP of 97.63%, and a whole collection of valuable features- extra spins, re-spins, instant wins, bonus rounds, and a couple of others. On top of that, there’s a double-up mini bonus. Punters choose heads or tails and if they’re right- the prize is doubled.

An Asia-themed slot is without any doubt quite fertile ground for breath-taking graphics, and be sure that Betsoft knew how to use it well. It is home to a wealthy spectrum of well-portrayed symbols, with Monkey King being the central one.

This oriental story is structured as a 5x3 diagram with 25 fixed lines, medium volatility, and an RTP of 97.53%. Quest to the West bolsters Walking wilds and a special bonus dubbed Meter of the Heaven, which add more action to the reels.

We all have those angels and devils inside of us, which is what inspired the creative team to come up with an homage in the form of a slot game. The soft voice of a good girl, the hair-raising laugh of a bad one, gentle music, and dreadful sounds- and many other pairs of opposites are part of Good Girl Bad Girl.

Worth mentioning is that it has a “fluctuating” return to player percentage of 97.30-97.79%. Also, there’s a Money Wheel Bonus icon, which depends on the mode it appears in. The good mode offers lower risks with more frequent wins from left to right, while the bad one brings higher risk for potentially larger rewards, displaying wins from right to left. There’s an option to play both modes at once.

We are all curious to find out what happens when the night falls, but Betsoft seems to be the bravest of all. Those who dare to join courageous detective Rousseau and help him catch the ruthless criminal will be generously rewarded. 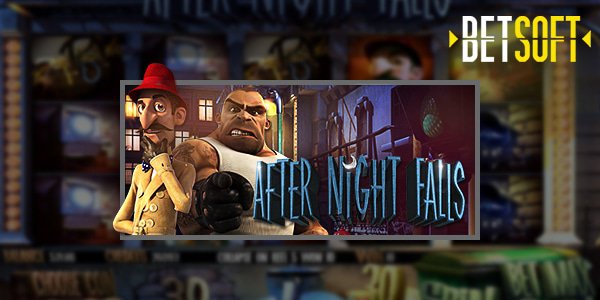 This one comes with a payout percentage of 97.27%, random multipliers, extra spins, and other surprises. Just like other releases from this developer, After Night Falls has supreme quality 3D graphics.

The title explains everything well- this is an interesting homage to our beloved four-legged friends. Aside from a variety of well-illustrated canines, the game bolsters plenty of themed symbols such as the collar, dog bowl, and others. Puppy Love comes with an RTP of 97.23%, scatters, extra spins, and other rewarding elements. When two or more “Puppies for Sale” signs hit the reels, a special bonus game is activated, granting fine prizes.

Peculiar creatures have inspired many books and movies, but slot games are no exception to this. If you are a fan of goblins (greedy ones, to be precise), this might be the title that deserves your attention.

This magic-themed story, situated in the intriguing realm, comes with a return percentage of 97.20%. Greedy Goblins has wilds, extra rounds as well as a special “The Book of Secrets” bonus which boosts the winning potential of this adventure.

Fans of mouth-watering Asian cuisine won’t resist spinning the reels of Dim Sum Prize, as it features the most delicious portions of food. Done in HTML5, it can be played on portable gadgets as well. Aside from an RTP of 97.18%, this game comes with a collection of unique features. Teatime Wilds, Crimson Coupons, and Bamboo Basket- all designed to make the entire story more dynamic.

The Most Popular Providers of USA-Friendly Best Odds Slots

The fact that the unrivaled position belongs to Rival (pun intended!) may come as a surprise, having in mind that Realtime Gaming (RTG) is one of the most widely spread providers in the thriving market of the US. Truth be told, the main characteristic of RTG games is versatility in topics, not high RTP, which explains why they didn’t end up on the top 11 list.

So, aside from Realtime, Betsoft, Rival, and Saucify, what else do punters from this region have at their disposal?

As the entire market is gradually opening, accepting various forms of gambling. Thanks to this, the number of available providers grows as well, providing players a better and diversified selection of content.

These are the developers whose content is available in this territory:

One of Betsoft’s greatest assets is top-notch graphics, with plenty of 3D elements. They also have a special “To Go” series which represents a selection of releases suitable for smaller screens. Overall, they have a highly professional approach and are in line with the most stringent standards and regulations.

Saucify’s catalog also bolsters 3D titles, as well as progressive jackpots. As for Rival’s highlights, those are i-slots, among which one may find popular titles such as Reel Crime: Art Heist, Reel Crime: Bank Heist, As The Reels Turn Episodes 1, 2, and 3, Wild Safari, and more.

Nucleus, Arrow’s Edge, Booongo are also part of the “gang” which delivers 3D slots, while NuWorks has some excellent progressives. Slotland’s portfolio is home to retro-looking stories, while Mobilots hosts HTML5 titles, meaning there are focused on mobile clientele.

All these were to show that…

…punters from this corner of the world have more than a decent selection of products at their disposal. There’s fine diversity of topics, along with a wide array of features and rewarding options coming from both veterans of the industry, and rising stars.

With a growing number of online casinos opening their doors to the gigantic market of the United States, players are given more and more choices. Back then, Realtime Gaming (RTG) was the only software provider delivering its content to clients from this part of the world, but the situation has changed. This producer still remains the number one association when speaking of US-friendly online slots, but now you have Rival, Saucify, Arrow’s Edge, Mobilots, and many more. Although far away from...
Read more

review play
Load More Load All There are 2264 games remaining

What are the most common features in the best RTP slots for the US market?

Wilds, Scatters, multipliers, extra spins, and Jackpots are the most widely present. But, thanks to modern technologies, the assortment is getting larger and larger, allowing developers to either boost the existing ones or come up with some new options.

Where to play the best payout slots in the USA?

We warmly suggest you visit our comprehensive directory of online casinos and take a look at numerous suggestions. There are plenty of reviews that give you a complete insight into game selection, bonuses, banking methods, and other relevant sectors so you can compare them and pick the one which suits you the best.

How to find the best RTP slots available for US players?

Those are the ones with the highest return percentage. As far as the US market is concerned, Rock On by Rival leads the way. Aside from return, do take variance into account, is it determines how often the winning combos will appear on the reels.

While we cannot tell you exactly “HOW” to win, we can give you some useful hints on how to boost chances. First of all, analyze the complete paytable, as well as volatility. Pick only content from reputable providers. Finally, play only in trustworthy venues.