Part of the industry since 1996, Vista Gaming (VG) holds the reputation of one of the oldest suppliers of online casino games and is a brand whose content is available in the United States. In addition to immersive slot games, the studio offers a plethora of 75-ball and 90-ball Bingo games, single and multi-hand video poker, Keno, Blackjack, Baccarat, Roulette, and many more. Equipped with a wealth of experience and extensive knowledge, this B2B service provider is capable of leading any...
Read more

Part of the industry since 1996, Vista Gaming (VG) holds the reputation of one of the oldest suppliers of online casino games and is a brand whose content is available in the United States. In addition to immersive slot games, the studio offers a plethora of 75-ball and 90-ball Bingo games, single and multi-hand video poker, Keno, Blackjack, Baccarat, Roulette, and many more.

Equipped with a wealth of experience and extensive knowledge, this B2B service provider is capable of leading any iGaming venture into growth and success. Top-performing games aside, this provider offers a wide spectrum of services such as integration with CRM functionality, fraud prevention and risk control, and many more.

Our compilation comprises a fine selection of adventures drawing inspiration from all-time popular themes. There’s Halloween Night, an homage to the scariest holiday there is, as well as Jungle Quest, taking place in the most mysterious corners of lush jungles.

Now before we dive into the list, it’s important to note that these games all have the same return to player percentage, which amounts to 95%. That puts their one armed bandits somewhere in between, making it hard to define whether they belong to the compilations of the highest or the lowest payout percentage games.

On the other hand, Vista Gaming has some other games whose RTP is slightly more attractive, to say so. Wanna find out more about these USA-friendly releases? Keep reading!

END_OF_DOCUMENT_TOKEN_TO_BE_REPLACED

This cowboy-themed slot is a remake of the original version, but it comes with an additional assortment of features and other extras. Also taking place in the old West, Wanted 2 brings more paylines, and consequently, more winning opportunities. With the Grand Canyon in the backdrop and lots of western-inspired symbols, the atmosphere here is truly authentic. 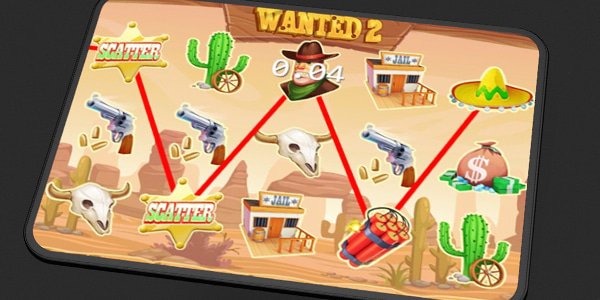 One of the most valuable symbols here is the Sheriff’s Badge, that is, the Scatter. When at least three of them appear on the reels, complimentary spins are activated. Then, there’s a Cowboy Hat, which initiates the bonus, and the Wild Symbol, bull’s horns, which replaces all the others except for Bonus and Scatter.

In case you had the opportunity to spin the reels of VG’s Scary Nights, then you probably know that Halloween Night is its revamped version. Packed with a plethora of spooky symbols, and situated in the middle of the cemetery, this one’s build to give you lots of chills down the spine.

With 20 paylines, this game opens more room for spooktacular wins. Worth mentioning is that witch’s hat acts as Scatter, and when three or more of those hit the reels, gratis rotations are granted. Then, jack-o'-lantern is a Wild, and replaces all the others, with the exception of Bonus and Scatter.

Even though this one follows the same format as the original, five reels and 20 paylines, some other fields are given a complete overhaul. This is mostly seen in soundtrack and design, which are significantly more modern than in the original.

Set in the colorful circus tent, Circus 2 accommodates a fine collection of themed symbols such as rabbit in the hat, popcorns, a lady artist, an elephant, clown, and more. The tent itself is Wild and replaces all the others except for Bonus and Scatter. The latter one is represented as delicious ice cream and is in charge of triggering extra spins.

As the reels of Disco Fever start spinning, you will find yourself dancing, as this game is all about fantastic music. Filled with various disco dancers, loudspeakers, vinyl records, signs of peace and love, and of course, the hypnotizing disco ball itself, it definitely stands true to its name. 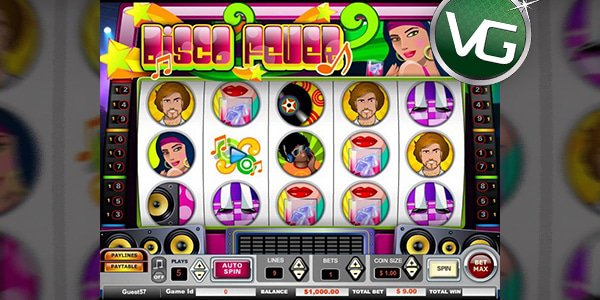 Acting as Scatter, the vinyl record is in charge of initiating complimentary spins. Furthermore, the disco ball is the wild, while the peace and love sign is a bonus symbol. Optimized for both mobile and desktop platforms, and equipped with 25 paylines, this dance-inspired slot game is one of the most memorable homages to the 1970s.

Dare you set foot in the deepest corners of the jungle and search for the immense riches hidden in this lush paradise? Arranged as a 3x5 layout, Jungle Quest brings dangerous snakes, explorer’s equipment, colorful masks, valuable gems, and other interesting symbols. 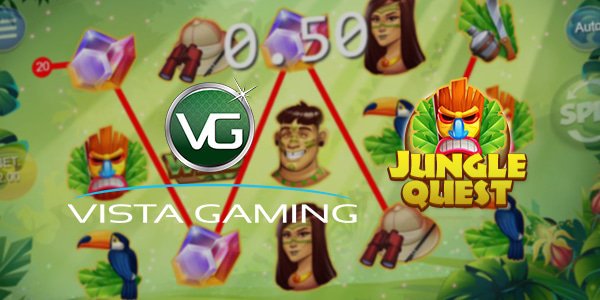 One of the particularly important characters is the toucan, which is the Wild, as well as the idol, playing the role of a Scatter. Punters are put before quite an interesting challenge- they are supposed to collect the coconuts. The more they collect, the higher the prize.

If you belong to players who like non-pretentious games, then this one’s the perfect choice for you. Lucky Farm Returns, as the name implies, introduces you to a gang of farm animals, among which cows, chicken, pigs, and more. 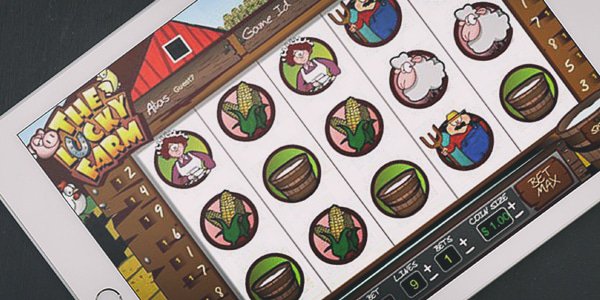 Interestingly, this one’s also a remake of one of the studio’s most successful slots The Lucky Farm. Like many other products from Vista Gaming’s creative workshop, this one also features Wild, Scatter, and a Bonus game.

One more remake on the list, Rock Star is a music-themed release whose atmosphere brings the authentic vibes of the greatest rock concerts. Guitar players, singers, drums, microphones, tickets are just some of the symbols adorning the reels of this awesome game. 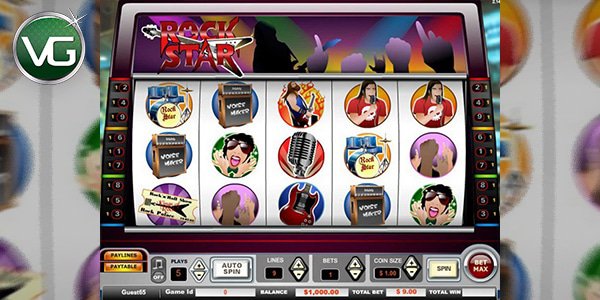 When three or more Scatters, portrayed as concert tickets, appear on the reels, they activate complimentary rotations. The mic is the wild. This game is arranged as a 3x5 grid and it bolsters 20 paylines.

Thanks to that number 2 in the game’s name, anyone can tell that this is another remake in the provider’s catalog. With a couple of adjustments, Sands of Egypt 2 brings lots more of everything compared to the original version.

Packed with 25 paylines, this 5-reel adventure is a unique chance to explore Egypt and discover the abundance of treasures. There’s a Scatter symbol, which can activate additional rounds, as well as Wild and Bonus games.

To those who are just getting started, Keno and Bingo may seem like the same games, but there are differences between them. Wanting to add more spice to the ordinary format, VG has delivered a couple of excellent themed Keno games, with a payout percentage of 97%.

Horror-themed slot games are quite common and loved by not only American players, but punters from all over the globe as well. Who says that Keno cannot be spooky as well? 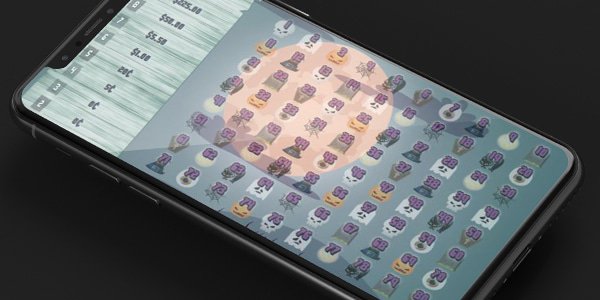 Scary Keno is one of the most representative examples. In the backdrop of the board with 80 numbers, punters can spot a blood moon and tombstones, while the board itself is covered with cobwebs, goblins, pumpkins, and other eerie details.

If you are not a fan of scary games, no problem, you can immerse yourself in tons of tasty vegetables. Each number in Veggie Keno is symbolized by a specific vegetable. What makes this one particularly interesting is that punters can play up to 15 numbers, which opens possibilities for low but frequent payouts.

Tasty ribs, chicken, and stakes are not for restaurants only, they can be found as symbols in online casino games. Another food-themed spectacle, BBQ Keno is one more perfect example of a creative approach to ordinary formats.

Now, after solid portions of barbeque and veggies, what comes next are the treats, right? Vista has got you covered here as well. With its colorful layout and symbols, Candy Keno is a game that captures attention instantly.

When you combine those mouthwatering delicacies in one place, what do you get? The greatest party of all times, of course. Symbolically, Birthday Keno was presented on the studio’s 21st birthday, in 2017, marking more than two decades of their presence in the iGaming industry.

AUTHOR’S NOTE: Many thanks to Vista Gaming’s Affiliate Director who provided us with the RTP data of both slot and keno games.

Yes, their games can be played on tablets and mobile devices.

Can I play VG’s Best paying games in demo mode?

Of course. That’s the best way to see how they work before making a deposit and switching to real money play.

Are their best odds games optimized for cryptocurrencies?

Yes, some online casinos which offer their games accept Bitcoin, so you can play your favorite game from this studio even when you make a deposit using some of the crypto assets.

Are there any bonuses for VG online slots?

Yes, Vegas Crest, for example, is powered by Vista Gaming, and it has an excellent assortment of promotional activities and bonuses with its games.

As their games are not one of those which have the highest payout, punters cannot expect large winnings. On the other hand, all the elements are well-balanced, themes are immersive, which is what makes them appealing to a wide spectrum of audiences.