Amusnet Interactive can stretch its roots all the way back to 2002 when the company first started working with land-based casinos. Truth be told, the online part of this company is becoming a distinctively different one from the part that concentrates on traditional casinos, even though the influences are still clearly seen. Hence the name change in 2022 from EGT Interactive to Amusnet Interactive.

But what sort of casino gaming can you expect with this company? There are several different game types, though online slots obviously stand out as the main area of interest, both for the company and the players. This review will cover all the details you need to know about these games, and how to pick the ones that fit your style best. Check out the details, or move on to read slot reviews and try the games themselves.

Since we know Amusnet’s origins, it doesn’t come as a great surprise that a large portion of the company’s selection consists of classic slots. But what is a classic slot? Not too long ago it meant a sort of outdated land-based game, with sub-par graphics and sound effects that mostly hurt your ears. Those days are long gone, and today we’d rather talk about vintage style. Not something that is outdated, rather something that has become a standard through the years. 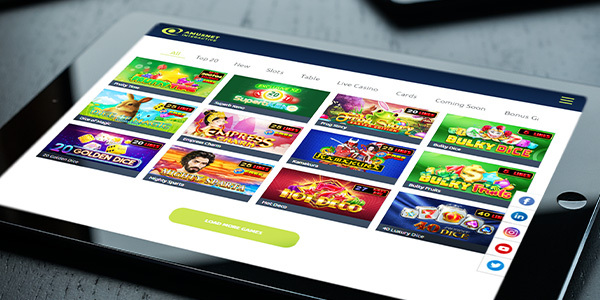 In games like Burning Hot, Super Hot, Juggle Fruits, Great Star, 20 Golden Coins, or Joker Reels these influences are very much visible. Amusnet simply calls these fruit slots. And that’s a given because pretty much every symbol falls into the category of fruits, or other similar stock symbols. Rather surprisingly, there are a few games in the mix that don’t use normal paylines, but ways to win. For example Great 27 and 27 Wins. The remaining games offer anything between 5 and 100 paylines.

So What’s a Classic Then?

For Amusnet classic is a completely different category from fruit slots. And you’ll see why as soon as you take a look. These are games that have retained the sort of low-resolution look, and that does come with a certain attraction of its own. We could call it a retro look, but in truth some of these games are simply old ports from earlier years. If you don’t mind the advances in graphics that have come since then, they might still serve you with a pretty good gameplay experience.

On a closer look though, you will notice that there are some pretty nice symbols at play. In contrast to the fruit slots, these games come with dedicated graphics, which more than fit the theme. Coral Island shows you all sorts of aquatic life, in full colour and detail. In this area the themes take influence from history, with titles like Aztec Empire, Queen of Rio, Spanish passion, The Great Egypt, and much more. Paylines are the name of the game, so don’t expect anything too experimental in this category.

A Word About the Interface

The games do work on all devices, and you’re not going to have to worry about mobile compatibility either. That said, the interface does look and feel a bit old. It remains to be seen if the brand is going to reinvent itself in this area as much as it has with the collection of games it provides. We do have to say that there is some need for streamlining and providing players with an easier experience. That said, spinning the reels is as easy as picking your bet and watching the result present itself.

Something that is especially tricky is the way the bets are set up. These are still, in the online slots, done in the classic way. Instead of selecting your bet freely, you’re going to be choosing from a set of standard bets, which are all in coins. It’s a bit confusing, to be honest, though in a way it removes all differences between currencies. Of course, you can decide what each coin is worth by yourself. Still, a simpler betting mechanism would be welcomed. Likewise, overall the interface needs a bit of simplification. Though we love classics, it doesn’t mean you need to stick to every detail of what once was the standard.

Progressive Jackpots Across All Games

There are individual jackpots, but what really stands out with Amusnet is their set of progressive jackpots. These can be set to networked, which means it’s across all online casinos, or just in the specific online casino that you choose. And what you will notice as soon as you open up a game, if doing so in one of our suggested casinos, is that these progressive jackpots are available in all games. It’s an interesting take on progressive jackpots, which are usually led by branded jackpot games, rather than jackpots that can be won in all games. If you like that bit of extra, it’s definitely worth a look.

Special features are certainly not something that will be as experimental or amazing as with software developers that bank on more modern slots. Bonus spins and double up is what you’re going to find with the vast majority of games. On the other hand, that also means that the normal paytable is your source of big wins, which is a nice change of pace.

However, if we get away from the classic and fruit slots, and look at the newer games, you start running into more special features. Scatters and wilds take all kinds of functions, from paying out prizes to expanding across the reel in order to create more wins. Respins feature along bonus spins, and wins can be picked in minigames. It’s not the most extensive set of features, but for most players it’s quite enough to find what they’re looking for.

Casinos with Amusnet Interactive Slots
Amusnet Interactive can stretch its roots all the way back to 2002 when the company first started working with land-based casinos. Truth be told, the online part of this company is becoming a distinctively different one from the part that concentrates on traditional casinos, even though the influences are still clearly seen. Hence the name change in 2022 from EGT Interactive to Amusnet Interactive. But what sort of casino gaming can you expect with this company ? There are several different...
Read more

Tell me more about Slot Machines 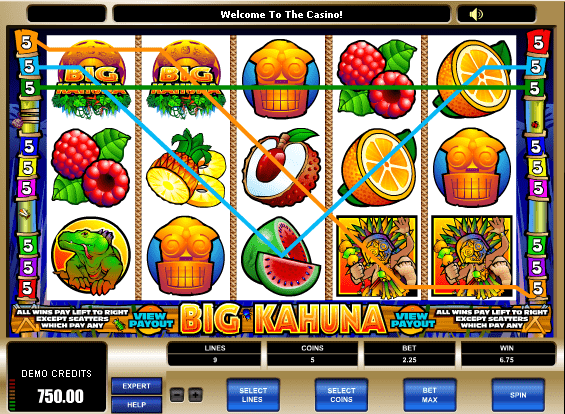 Slot machines are one of the most favorite games to play among the gambling community. Not only does it provide thrilling entertainment but part of the attraction is the simplicity of playing that is uncomplicated and easy to understand. The Slot Guide will take you through the basics including types of Slots, coin denominations and operation of the machine. Rules are explained with step by step instructions explaining the Slot features including reels, payout table, bet size and more. It is the ideal resource for first time slot players.

What is the difference between online and land based Slots? 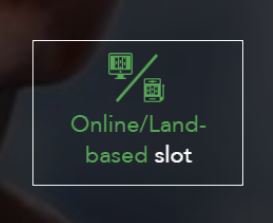 Although online Slots are similar or are the same variety found in land based casinos there are some differences players should be aware of before playing. The Slot offers more special features on the machine including the Stop and Auto Play buttons. There are different types of Slots that are covered including a handy strategy guide that will help players master their game play. Learn the do’s and don’ts plus the common misconceptions and myths surrounding Slots. The Slots Introduction is a knowledgeable guide for both the new player and regular player filled with loads of practical information.

The number of online casinos is increasing as time goes by and there are a number of exciting online slots to enjoy. While each involves the basic concept of spinning the reels, in order to trigger potential winning combinations, there are many other different components to a slot game. So, as a new player, or even as a seasoned one, it is important to understand the ins and outs for the best possible gaming experience, to this end we have complied a list of most frequently asked slots questions.

How to Find a List of Casinos for a Specific Slot
Is There a Slot Directory?

Slots are listed by software in alphabetical order.