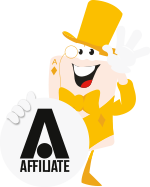 iGB Best Casino Affiliate 2013 & 2014
178,805
forum members
It has always been our singular focus to make the gaming industry a better place for players and operators alike. Since the inception, our team has worked hard to reach this goal and along the way, our accomplishments have been recognized by numerous industry experts and established institutions. The powerhouse of the gambling community that we are today, LCB is proud and honored to have received accolades as an honest and committed portal bringing positive changes and more value to the player. Dearest to our hearts and the true sign of worth is a legion of over 100.000 loyal members, which is the best prize we could have hoped for.

During this period it is when I found this small, emerging website called LCB (just several months after it was founded in early Dec 2006) and the rest is history

It is said that a good protein diet can perform miracles, but in case you’re wondering how to build bigger muscles in the casino industry, here’s another approach: switch your domain to org and rebrand your business, only first grow your network beyond any known limits.

Latest Casino Bonuses, an award-winning portal and favorite gambling source to a worldwide audience, reaches a significant milestone of 100.000 registered members in November 2017.

Consistent with the mission to add the most reputable and useful new portals to its network, Latest Casino Bonuses has signed several successful acquisition deals this year. Among them is the merger with KeyToCasino, a promising resource that is bringing unique value to the players.

LCB has informed that it has moved to strengthen its online bingo inventory by acquiring affiliate website TwoLittleFleas (twolittlefleas.co.uk).

The comprehensive gambling guide breathed its first virtual breath back in 2006, making this year its 10th anniversary.

You've been involved in the iGaming business since you were 26. How did you first get into it? What did you do before becoming an affiliate?

Latest casino bonuses (LCB), as you know it, is no more; well not entirely. Everything you loved about it still remains, but now it is simply new, and improved.

Say Hello to the New Latest Casino Bonuses aka LCB

The new look has been unveiled and includes a number of new features starting with an adoption of a secure connection, a new comprehensive gambling restrictions page and custom made forum.

EGR Digital Marketing releases the list of the most powerful online casino affiliates, Latest Casino Bonuses Affiliate was with no doubt on that list.

CalvinAyre.com announces that the most popular game on LCB’s ‘Free games’ section is Gladiator which has broken all records being played 2 million times. It is an exceptional opportunity for American players to try out the game.

Before It’s News. com announces that the free play Gladiator Slot has been played 2 million times on LatestCasinoBonuses webiste. After 7 years the game is still popular.

iGamingBusiness releases the news that LCB has accumulated over 3,000 free games that get people talking and visiting the site. Gladiator game powered by Playtech software provider has reached another milestone being played more than 2 million times.

LCB exceeds 3,000 Free Games including free video slots, table games, video poker and many more. Thanks to ratings and comments payers can leave, the whole concept proves to be very helpful and useful.

The exciting news that LCB completed the purchase of WizardofOdds.com (WOO) and WizardofVegas.com (WOV). The breaking news has been released in January 2015 by ‘Off the post’.

The news that LCB has purchased the website Wizzard of Odds spread very quickly in the gaming world. Michael Shackleford describes his way from being an entrepreneur with his sites in financial trouble last year, to becoming a millionaire.

20 tips on how to maximize your Poker skills and not be affected much by a good luck. Once you memorize most of the tips you can try them out at one of poker casinos.

LCB is constantly expanding its list of free casino games and it finally has reached a number of 3,000 casino games from various eminent software providers such as Microgaming, NetEnt, Playtech, etc.

LCB is breaking the limits adding more free games to its list. The games are available on instant version and players can spin the reels of the latest games powered by most famous software providers without spending a single dollar.

Interview with LCB and The Wizard of Odds

Interview with Wizard Of Odds creator, read more about details regarding the future cooperation and contribution to the iGaming industry.

An Exclusive Interview About The Purchase of WizardofOdds and WizardofVegas

How the two casinos were born and how the negotiations between Joshua and Mike were running; what motivated Joshua to purchase Wizzard of Odds are just some of the topics discussed in the interview.

Purchase of all purchases for the LCB network is definitely acquiring the Wizard of Odds website. The founder of the website Michael Shackleford, will stay on as a full time writer and advisor working closely with the new owners.

In the pool of online casinos it’s very hard to decide which one is legitimate and credible. That’s the moment when LCB comes on the scene protecting its members from rogue and untrustworthy casinos.

One of the most professional affiliate websites is definitely Latest Casino Bonuses with its extensive bonus offers, casino review forum etc.

At 2014 iGB Affiliate Awards among 25 winners that were announced, judges decided that LCB is the perfect candidate for Best Affiliate- Casino.

Tips on how to advertise on social media without spamming people; what should be done to enhance the good online marketing and what things should be definitely avoided.

Online gambling affiliate industry gathered at the Brewery in London to announce the winners for 201. Latest Casino Bonuses got a reward as the Best Affiliate Casino.

Working hard and providing as much value to their players as possible LCB finds its place on the list of 25 Best Affiliate Portal designs.

Nik Zugic discusses how the whole concept of LCB started, from the very beginning with only several people on the forum until today when there are more than 520,000 visitors a month.

With a fantastic response of over 1400 people, 46% majority voting, the decision was undoubtedly made and the 2011 Affiliate Conference was returned to the Catalan capital, Barcelona.