Online Casinos that are in Arabic

Casino Banking Casino Banking Forum Currency Options
Casino that offer an interface in Arabic One of the most widespread languages across the globe , Arabic has over 300 million native speakers that mainly live in the region extending throughout the Middle East and North Africa. Emerged at least 1500 years ago … … today it is the lingua franca of the Arab world used to ease communication. One of the official languages of the United Nations, Arabic has official status in 25 countries, 22 of them are known as the Arab League : Algeria, Bahrain,...
Read more

Casino that offer an interface in Arabic 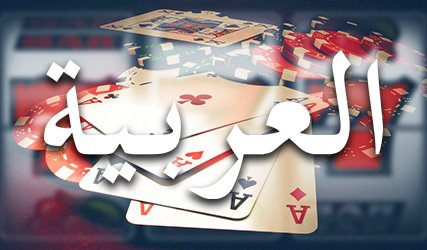 One of the most widespread languages across the globe, Arabic has over 300 million native speakers that mainly live in the region extending throughout the Middle East and North Africa.

… today it is the lingua franca of the Arab world used to ease communication. One of the official languages of the United Nations, Arabic has official status in 25 countries, 22 of them are known as the Arab League: Algeria, Bahrain, Comoros, Djibouti, Egypt, Iraq, Jordan, Kuwait, Lebanon, Libya, Mauritania, Morocco, Oman, Palestine, Qatar, Saudi Arabia, Somalia, Sudan, Syria, Tunisia, United Arabs Emirates, and Yemen.

The number of non-native speakers is also impressive with more than 120 million living predominantly in Latin America (Brazil and Argentina), as well as in Western Europe (France, Spain, Germany, Italy).

It comes as no surprise that all the way through its history, Arabic has influenced many other languages such as Turkish, Armenian, Malaysian, Spanish to name a few.

By the way, spoken in Malta Maltese, for instance, has derived ultimately from Arabic rather than just borrow grammar or single words.

English has not been immune either comprising nowadays quite a lot of loanwords, the majority of which were obtained via other Mediterranean languages rather than directly.

If you didn’t know …

… we owe Arabic not only for alcohol and coffee but also for candy, hazard, sofa, and even magazine! 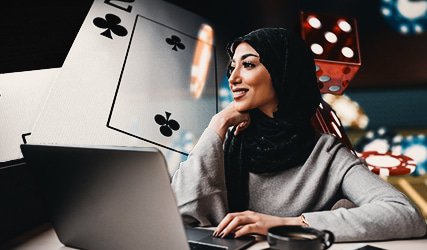 Globally oriented or focused on specific markets, the online casinos listed below offer a decent range of games essential for quality entertainment.

Naturally, the assortments of available products, as well as associated perks and services, may vary from place to place, so do not skip our comprehensive reviews to find out all necessary details on a particular website.

… provided by the top-tier software developers, striking collections of video slots feature a great variety of themes and types: from classic 3-reelers to the latest action-packed blockbusters.

While traditional brick-and-mortar experience is represented by all known variants of roulette, poker, blackjack, and other table games, numerous sites deliver to their visitors as real as it gets performance streamed from land-based casinos and amplified by the presence of multi-language live dealers.

Keeping pace with the incredible progress of modern technologies and growing demands of the gambling community, numerous sites offer their top-notch content on all mobile devices.

While due to certain restrictions, none of the national money used in Arabic countries is currently accepted, the list of available currencies  is a way past extensive featuring multiple options from omnipresent USD, EUR, GBP, CAD to Argentine Peso, Brazilian Real, and Malaysia Ringgits.

To ensure the highest security standards …

… for all deposits and withdrawals, payments are PCI compliant and can be made by using various methods: credit/debit and prepaid cards, dependable instant eWallets, as well as popular systems for digital assets such as Bitcoin, Bitcoin Cash, Etherium, etc. 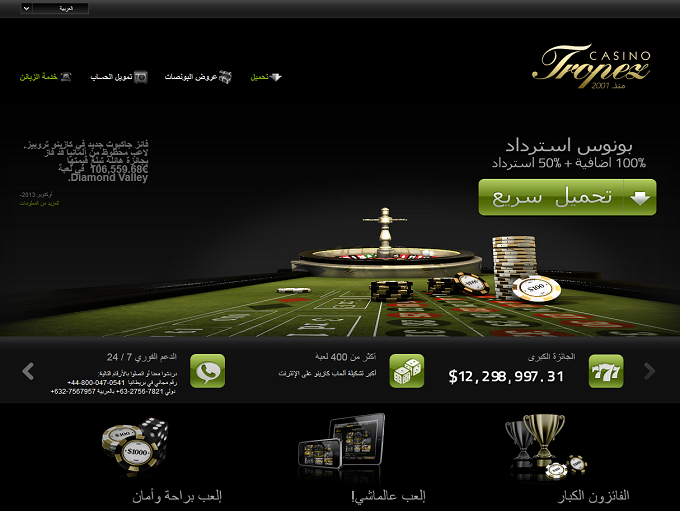 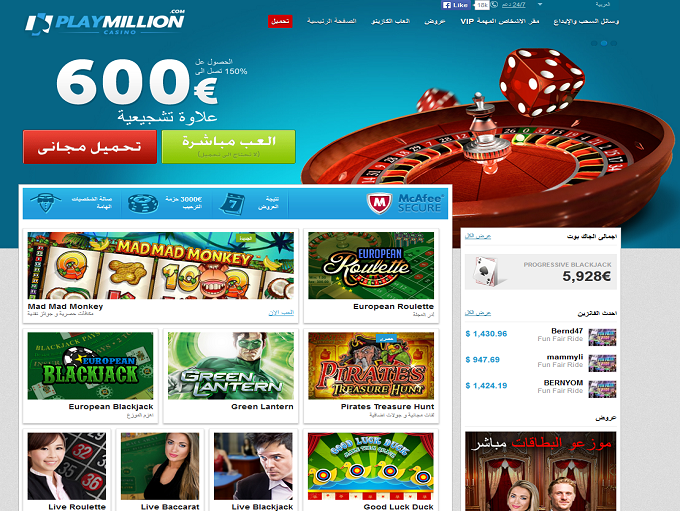 Highest rated casinos that offer an interface in Arabic

BoVegas Casino is not trustworthy casino and has been
BLACKLISTED We suggest you try one of the casinos listed below or continue at your own risk.

or continue to BoVegas Casino