Ever since they were introduced to the players, live dealer games in online casinos have been continuously growing in popularity. One of the reasons for that is that they are the only genre of games that perfectly mimics the atmosphere of land-based casinos.

Blackjack, Roulette, and Baccarat were the first genres to be presented to the audience in the live format. Needless to say, they became an instant hit, so developers were inspired to keep on experimenting, and as a result, live dealer slots were born.

As the name itself indicates, live slots are slot games streamed from a studio with a live host (that’s right, an actual person) in charge of entertaining players throughout the game. A host has no impact on the gameplay itself, he/ she only communicates with participants via live chat and comments on the outcomes of the spins.

With their intuitive design and command buttons…

… online slots are quite simple to activate. All it takes is to select the bet size, and the number of active lines (unless they are fixed) and press the Play/Spin buttons. There’s an Autoplay option as well, for those who don’t feel like clicking all the time. 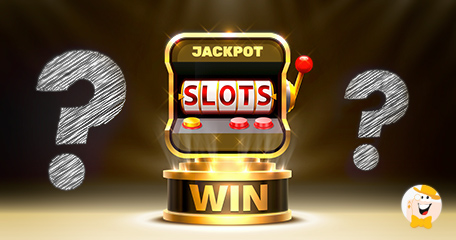 Live slots are not complicated to play at all, as they rely on the same principle. The only thing different is the presence of the dealer and the possibility to interact with others playing the same game via chat.

Playtech pioneered this genre with their Buffalo Blitz, as a first-of-a-kind host-led live slot game. Streamed from the studio in Latvia, this game has 4,096 ways to win, and a top payout of 300x for a six-of-a-kind win. One of the most important things to know about this game is that it’s the ice-breaking title in the studio’s Community Live Slots series.

Age of the Gods: God of Storms Live is one more live slot with a presenter in charge of ensuring a cool atmosphere throughout the game. Equipped with 25 paylines, this game, the second one in the series, features Wild Wind Respins and a progressive jackpot.

Another provider which has live dealer slots in its catalog is Evolution. Mermaid’s Fortune is enriched with ocean views, sand, palm trees, a ship, and a treasure chest. In this 5-reel game with 20 lines, a live dealer dressed like a mermaid interacts with participants. 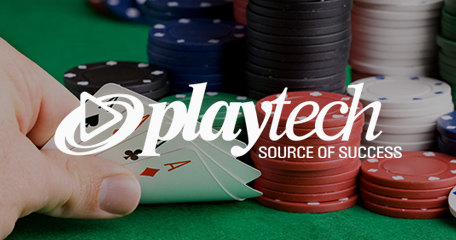 Have you heard of Gonzo’s Quest slot? Well, of course, you have, it’s an interplanetary hit. Well, Evolution decided to pay tribute to this amazing game, by delivering a live slot inspired by its main character. Gonzo’s Treasure Hunt™ is a combination of live and slots-style gameplay with bonus prizes, multipliers, and winnings of up to 20,000x per individual stone. It can be played in Virtual Reality mode as well, giving players the opportunity to fully immerse themselves in the quest.

Do Hosts and Slot Streamers Have the Same Role?

Although game hosts and slot streamers are doing the seemingly similar thing- commenting on the gameplay, their role is completely different.

Taking live Roulette, live Baccarat, or live Blackjack as an example, the dealer is an active participant in the game. He/she deals the cards, spins the wheel, or whatever else the game requires. When it comes to live slots, the hosts give comments but do not activate the Spin/ Play button. To be more precise, they have the option to press it, if players require them to do so in a chat, otherwise, the process is automated.

So technically, hosts are not active participants in the games, they are only in charge of spicing up the atmosphere. They give comments on the outcome, but they don’t give players any suggestions regarding the bet size. Players are the ones making bets, hosts are there to comment on the outcome and inspire a player to communicate too via chat.

Contrary to that, slot streamers play the game during a live stream session. They determine the size of the bet, and the number of active lines, and then spin the reels. Simply put, they are players who have their real-money gambling session streamed via YT or Twitch. The viewers have no impact on the gameplay, but they are free to give suggestions. It’s like watching a live TV show where a person gambles.

An important thing to bear in mind is that slot streamers are sponsored by online casinos that want to have their brand advertised to as many people as possible. They don’t spend their own money, so they often make unreasonably large bets just to keep players entertained. Such behavior is not endorsed by those who promote responsible gambling.

Are Live Slots Worth It?

Whether a game is worth a player’s time or not, it’s an entirely personal decision and a matter of personal preferences. Both online and live slots have their own pluses and minuses, so it’s up to each individual player to decide what suits him/her the best.

Some people like that form of “distraction”, to call it so when other people comment on the gameplay and the outcome of a round. They enjoy sharing the moments with other players, both while losing and winning. Such a concept resembles land-based gaming a lot and makes the gameplay more interactive. 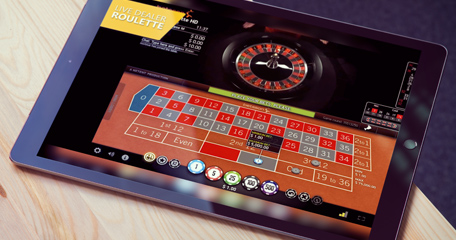 …online slots are full of all kinds of interactive elements designed to ensure plenty of action throughout the entire playing session. Designers put plenty of attention on the details, colors, and animations while developers experiment with a variety of mechanics and features. With so much going on, some players simply don’t feel that something is missing.

One cannot deny that the live slots concept does bring more innovations to casino gambling, but one will agree that it’s not a genre that has the potential to become massively popular. All in all, it is worth checking out, at least for the sake of exploring new types of games and expanding knowledge, but it still doesn’t seem like a genre bound to shake the iGaming industry to the core.

review PLAY
Ever since they were introduced to the players, live dealer games in online casinos have been continuously growing in popularity. One of the reasons for that is that they are the only genre of games that perfectly mimics the atmosphere of land-based casinos. Blackjack, Roulette, and Baccarat were the first genres to be presented to the audience in the live format. Needless to say, they became an instant hit, so developers were inspired to keep on experimenting, and as a result, live dealer...
Read more