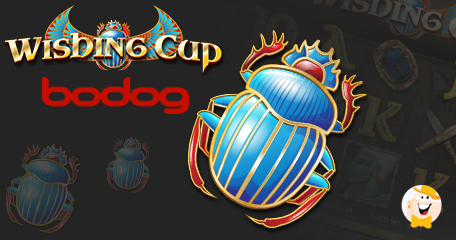 While you may have already gotten quite accustomed to this slot, as it was released late last year, Rival’s Wising Cup has now gone live at Bodog Casino! The game features an Egyptian theme, and is made up of 5 reels, and 25 paylines, and a number of appropriate symbols which contribute to its theme.

To ring in the arrival of this slot game, the casino will be hosting an exciting promotion that lets its users check it out. More specifically, the site will offer up a whopping 125% MATCH BONUS which allows members to score up to $125 when making a deposit. To claim the bonus, simply enter the coupon code, NEWGAMEBO, and begin using the free cash toward trying out the game for the first time, or perhaps just the first time at Bodog.

The game is complete with a myriad of enticing features, including an expanding wild symbol which can appear on reels 1, 2, 3, and 4, free spins triggered by pharaoh’s tomb, plus secret passages appearing during the regular game. These will appear as the reels come to a complete stop.

Look out for Osiris, the green god figure, during play, as he is the highest-paying symbol, awarding a payout of 2,000 coins when 5 appear on the screen. Next up is Anubis, which can award up to 1,500 coins, and 750 for five of the Horus symbols. Additional icons appearing on the screen include a crook & flail, scarab jewelry, a gold ankh, and others.

“the casino will be hosting an exciting promotion”