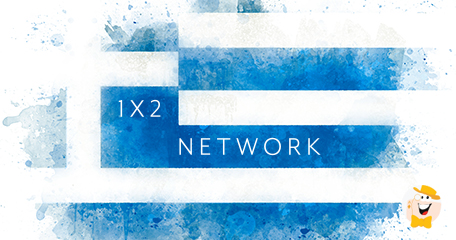 1 Million Megaways BC Live in Greece!

If you pay frequent visits to our news section, you may have noticed a brand-new game from Iron Dog Studios on 21 July that brings real-life rockers to life with a 50,000x exposure in Rock the Reels Megaways.

The good news is that the studio and 1X2Gaming subsidiaries have just been certified for launch in the newly regulated market of Greece, allowing residents to access Pirate Armada, Jesters Wilds and Medieval Mania for the first time.

1X2 Network, an award-winning casino content provider and aggregator who recently started a partnership with Casumo and SkillOnNet, has finally been granted a license by the Hellenic Gaming Commission (HGC) enabling it to operate in the newly regulated Greek market.

As the report reads, the A2 Greece license allows the provider to launch an entire suite of games developed by Iron Dog Studios and 1X2gaming subsidiaries in collaboration with Greek licensed operators. This is the first time for the company to deploy in this country, boasting its strategy of obtaining certifications in regulated iGaming markets.

In the coming days, all players across the Greek Peninsula will be able to access titles like 1 Million Megaways BC, Megaways Jack, Smoking Hot Fruits, Battle Maidens Cleopatra and the recently presented Rock the Reels Megaways. As part of the package, operators will also be able to take full advantage of Branded Megaways, the studio’s proprietary product.

Apart from offering operators to easily and cost-effectively launch their own Megaways slots, the functionality is also able to take player engagement and loyalty to the next level. According to the company, it has proved to be highly popular with more than 60 Branded Megaways slots already live!

On that note, 1X2 Network has built a formidable reputation for developing online casino content that is now famous for combining striking design solutions with smart math and complex mechanics. This approach ensures fun, but also entertainment and thrilling experiences across all verticals.

The studio’s far-reaching titles have now accessed more than 300 casino brands in regulated markets around the world. Thanks to the latest certification, 1X2Gaming has access to Greece alongside other key jurisdictions including the UK, Isle of Man, Malta, Gibraltar, Sweden, Spain, Colombia and Italy.

“We are honored to have been awarded a license by the Hellenic Gaming Commission, allowing us to offer our full suite of games from Iron Dog Studios and 1X2gaming to operators in the newly regulated Greek market,” said about the licensing Kevin Reid, chief commercial officer at 1X2 Network.

The CCO also pointed out how securing certifications in regulated markets around the world brings the company’s award-winning content to more operators and players than ever.

As stated, the group is also very excited to present its Branded Megaways to the regulated Greek market and looks forward to working with new operators interested in developing Megaways titles.

Great news for players in Greece, they will absolutely love some of the titles, especially blockbusters like 1 Million BC or Smoking Hot Fruits!