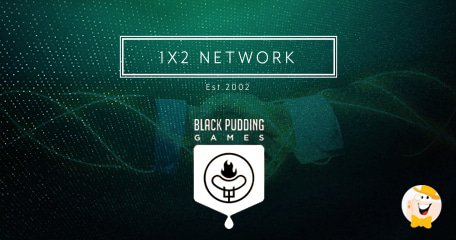 1x2 Network, online casino games producer and distributor, has teamed up with up-and-coming slots creator, Black Pudding Games. According to the minutiae of their deal, the new company will deliver its content to 1x2’s platform.

In fact, all of Black Pudding’s future games will be developed using 1x2 Network’s remote game server. The first game will be released in 2020’s first quarter.

This way, Black Pudding will join the esteemed company of producers…

…whose games can already be found on 1x2 Network’s aggregation platform 3PI and RGS.

Some of the names they will join are their partner’s proprietary studios, 1x2gaming and Iron Dog Studio, strategic partners Leap Gaming, Playson https://lcb.org/games/slots/playson, GameArt, Habanero, PGSoft, Oryx and Gamomat. They are all, at the moment, connected via 3PI.

This is all a part of 1x2’s strategy of promoting smaller, niche developer’s games and content that are made available under one integration and that enables operators to differentiate their game lobbies from rival ones.

“I am delighted to welcome Black Pudding to the 1X2 Network family and for it to begin developing its highly innovative instant, slot and casino games on our remote game server.

We are proud to support smaller, more niche game developers and look forward to offering Black Pudding’s unique titles to our operator partners across the whole of the 1X2 Network infrastructure.”

“This is an excellent fit for us and means we can build our distinctive brand of games on one of the most sophisticated and well-established remote game servers in the industry. It also means we can access one of the largest distribution channels around the world.

We see this partnership with 1X2 Network as being instrumental in the future of Black Pudding Games and believe it will prove to be hugely successful for both parties, delivering a brace of intriguing new game formats into the hands of eager players worldwide in the process.”

Deals in Spain and LATAM

…first, with Patagonia Entertainment, thanks to which they entered the Latin American market.

According to this, 1x2 Network’s games – including 3rd party ones, of course – will be made available across the market of this continent.

Soon after that, the company has signed a distribution deal with Luckia, Spanish iGaming operator, which will be in a fortunate position to present this company’s games to its audience for the first time ever.

“The first game will be released in 2020’s first quarter”

Never heard of these guys, but I guess they just opened.